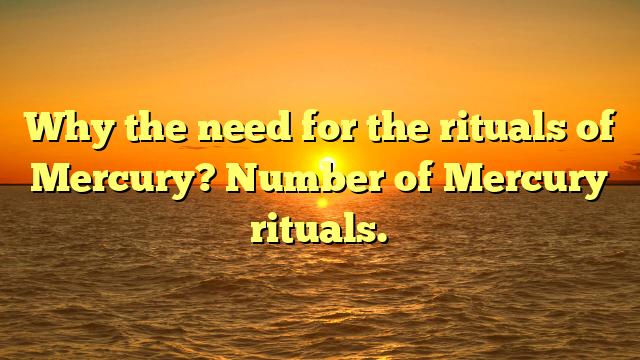 The number of impurities or minerals in the Mercury rite are inherently poison, vhini, and mal – these 3 doshas reside naturally. Consumption of mercury containing these doshas leads to death, sorrow and unconsciousness respectively. Mercury, glass and Vang – these doshas are compound, meaning that these doshas originate in mercury from the mine or business people mix these two metals in mercury. Consumption of mercury containing these doshas produces sensible and leprosy. In addition, there are secondary doshas. They originate from land, mountains and water.
Kanchuk doshas originating from translucent land cause leprosy. Mountainous, water-borne birth defects, cataracts, vatatadhi and glass and vang dosha produce many types of diseases, therefore, to get rid these defects, mercury should be purified by octal.

In rasratnsamuchyadi texts, there are descriptions of 18 rites of Mercury. But the author of the scriptures, Rudraymal etc. is of the opinion that for Dehisidhhi(Physical use), only eight rituals should be performed by the practitioners of Mercury. The remaining 10 sanskars are used in Swaradi (chemistry, iron accomplishment) work. Therefore, we will also mention eight sanskars here as:
1. Svade, 2. Mardan, 3. Murchchhan, 4. Utthapan, 5. Patan (upliftment, sublimation, obliquation), 6. Bohdan, 7. Niyaman and 8. Revelation.

Many methods of these sanskar are described in Rasasastra. Among those which can be done easily by all people, we are giving such a method here.