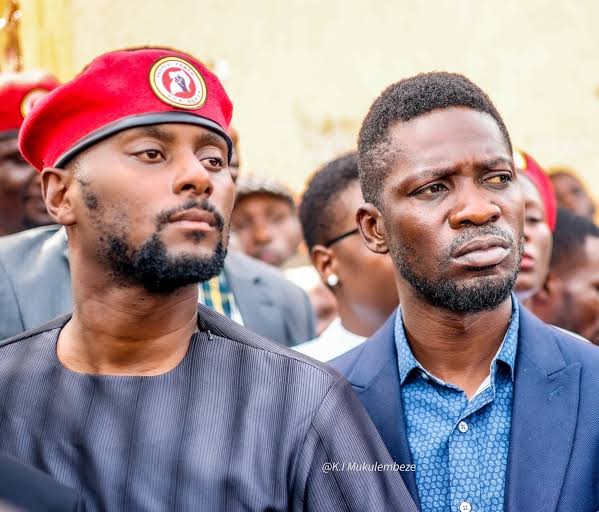 One of the five top National Unity Platform (NUP) leaders suspended in the recent crackdown on misconduct within the party has opened up on the action of Bobi Wine.

The leadership of NUP, in a public notice signed by Secretary General Davis Lewis Rubongoya announced the suspension of five top leaders from Busoga sub region over insights and squabbles that are said to have jeopardised internal cohesion.

” Over the past months, there have been insights, squabbles and divisions among our leaders in Busoga. These divisions have greatly damaged the image of our party and threatened cohesion among our members and supporters.” Reads the statement in part.

” Accordingly, the Preaident of NUP has with immediate effect suspended the following leaders from their respective offices,” adds the notice.

Mr Mukuve, the youth coordinator for Busoga sub region becomes to first among the five to speak out on the axe, commending the party for the decision which he says is for the good of the struggle.

Mukuve also welcomed the decision, arguing it had indicated the party’s commitment to call its members to order indcriminately.

” This statement is genuine and I have received the official communication from the party I welcome it with an open heart.” Mukuve said in a statement.

It’s a big statement in the politics of Uganda. It has told the country that there is no individual bigger than the party. We are People Power. Not Individual Power.” He added.

A meeting by party leaders from Busoga chaired by Mr Bigirwa at the tail end of last year suspended Mukuve whom they accused of backstabbing comrades. Mukuve protested the decision and insisted only SG Lubongoya had the moral authority to fire him.

He also questioned Bigirwa’s moral authority to preside since he was morally more bruised that him.