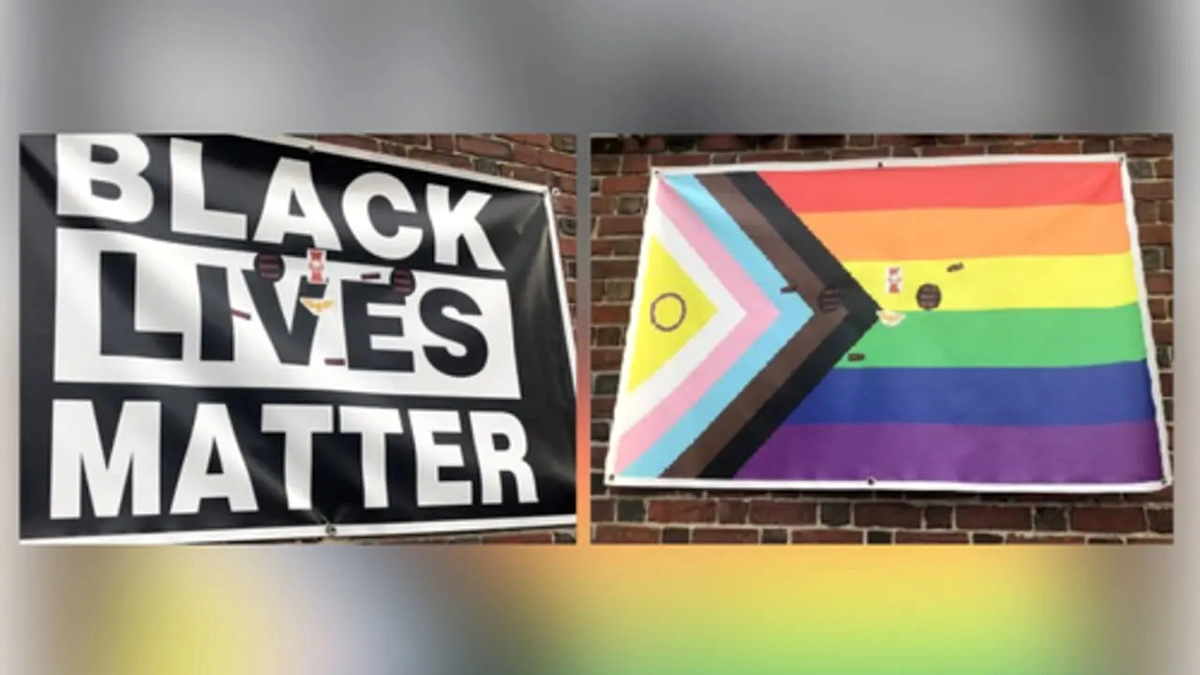 Mere days after Henry Cavill announced his departure from the role of Superman in the DCU, the actor shared on social media his plans to executive produce and star in a new Warhammer 40,000 series on Amazon. Now, it has been discovered that stickers associated with the popular tabletop wargame have been used to deface a Black Lives Matter and Pride flag in Brookline, Massachusetts.

The vandalization was discovered Tuesday morning per the Daily Voice, but the stickers themselves are believed to have been planted sometime between Dec. 3 and Dec. 4, around two weeks before Cavill made his public announcement about the TV show.