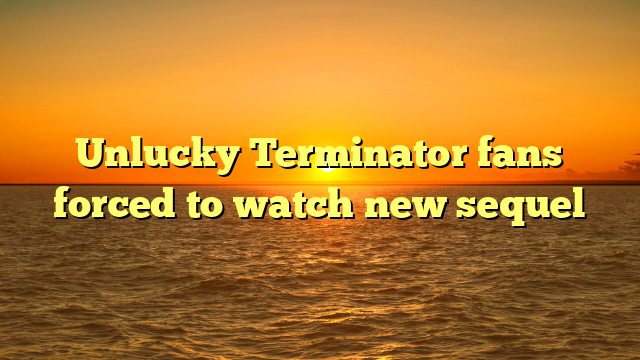 This week fans of the classic action film Terminator 2: Judgment Day were in for a terrible surprise when they attended what they thought was a screening of the 1991 film. Not only did the movie they were hoping to revisit not screen at all, it was also replaced by Paramount Pictures’ latest attempt to create a decent sequel to Terminator and Terminator 2.

That’s right, when the lights went out Terminator: Dark Fate started playing. For those of you keeping count, this is the fourth time an attempt is being made at making a good sequel to Terminator 2, after Terminator 3: Rise of the Machines, Terminator Salvation, and Terminator Genis.. Genysis (?).

The campaign was a wide success in that it managed to disappoint fans around the country, as 15 cinemas across America showed the wrong movie.

Don’t get us wrong, the initial reactions have almost unanimously said the new sequel is “fine”. The takeaway appears to be that it’s the best sequel to T2 of them all, with one viewer calling it The Force Awakens of the franchise. Not really high praise though is it? And why can’t it be The Last Jedi of the series and have porgs in it?

We personally love revisiting older films in the cinema, and can’t imagine how disappointing it must be to have a studio ram a different project down your throat. We’re already worried about those tickets we have for Apocalypse Now: Final Cut, as it might turn out to be a secret screening of Roland Emmerich‘s Midway instead. Please Roland, if you’re reading this, don’t do this to us.

How would you feel if something like this happened to you? Would you go on Twitter promoting this new film, or would you ask for a refund instead? Let us know in the comments!