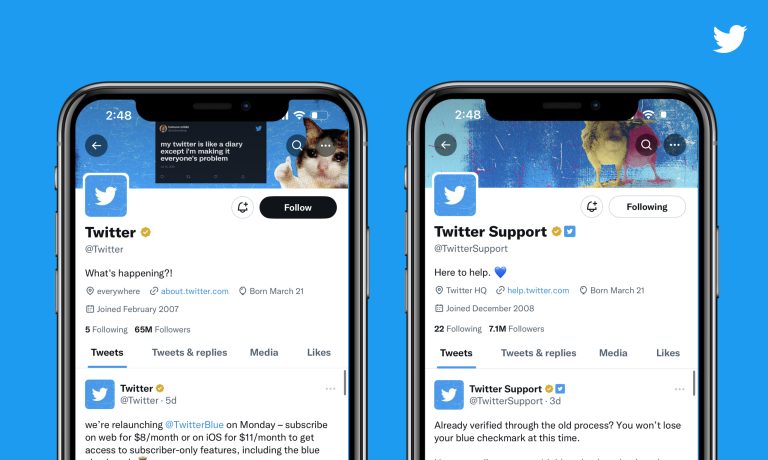 We’re still waiting to find out if Elon Musk actually plans to step down as CEO of Twitter following the results of his Sunday poll, but in the meantime, the company is continuing to forge ahead with launching new products to boost revenue. This week, Twitter announced Blue for Business, which the company described in a Monday blog post as “a new way for businesses and their affiliates to verify and distinguish themselves on Twitter.”

As its name suggests, Twitter Blue for Business will be a subscription service just like Twitter Blue. Any business that subscribes will get a gold checkmark, a square profile picture, and the ability to link any affiliated individuals, businesses, or brands to their accounts.

When a Twitter Blue for Business subscriber links to another account, that account will receive a small badge of their parent company’s profile picture next to their blue or gold checkmark. Here’s an example Twitter shared featuring someone who hasn’t been fired yet:

“By creating this connection, we’re making it possible for businesses to create networks within their own organizations–on Twitter,” the company said on its blog. “Businesses can affiliate their leadership, brands, support handles, employees or teams. Journalists, sports team players or movie characters can all be affiliated. You name it, we got it. Each affiliate will be verified and officially linked to their parent handle based on a list provided by the parent business.”

Twitter has yet to announce pricing or how businesses can apply for a subscription. It’s also unclear what the criteria are to qualify as a business on Twitter. In the meantime, Twitter is running a pilot program with a select group of businesses. Twitter says more businesses will have the chance to subscribe to Twitter Blue for Business in 2023.