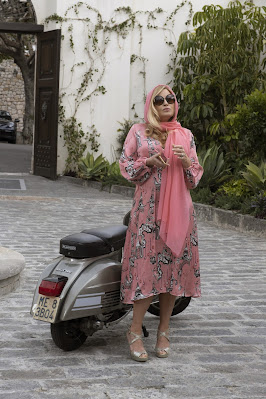 How do you make lightning strike twice?

That’s the question that’s been asked of Mike White ever since the phenomenal success last year of his HBO black comedy drama ‘The White Lotus‘.

Set in an island resort in Hawaii, the miniseries followed the adventures of hotel staff and their wealthy guests.

So there was understandable excitement when HBO announced it would be coming back with a new story, a mostly new cast and a new location – Sicily.

Coolidge is the only member of the original series to return, reprising her role as the vulnerable heiress, Tanya McQuoid.

This time she arrives with a cantankerous husband, Jon Gries’ Greg Hunt in tow. 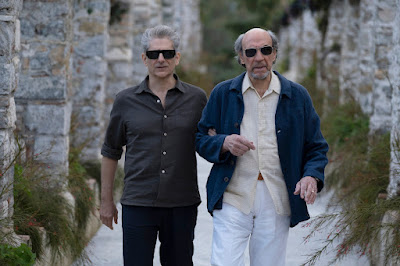 Michael Imperioli of ‘The Sopranos‘ is another guest Dominic Di Grasso, a Hollywood producer whose marriage is on the rocks because he is a sex addict.

Dominic arrives at the White Lotus with his elderly father, F Murray Abraham’s Bert Di Grasso who was a womaniser in his day and also his naive, socially awkward, sweet natured son, Adam Di Marco’s Albie.

It doesn’t take long, though, for Dominic to hook up with Simona Tabasca’s local sex worker Lucia and her friend, Beatrice Granno’s Mia, an aspiring singer who she is introducing to the escort business. 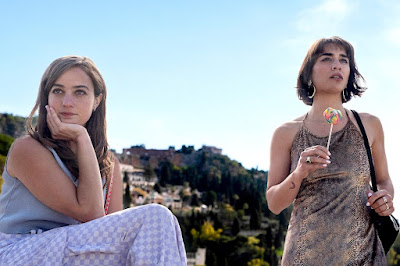 Harper is not impressed by Cameron’s cockiness and his and Daphne’s frequent shows of affection, suspecting it is all just a front.

Returning to their room, she sneers at their claim that they never row, believing it is all fake.

Rounding out the guests is Haley Lu Richardson’s Portia who is Tanya’s assistant. 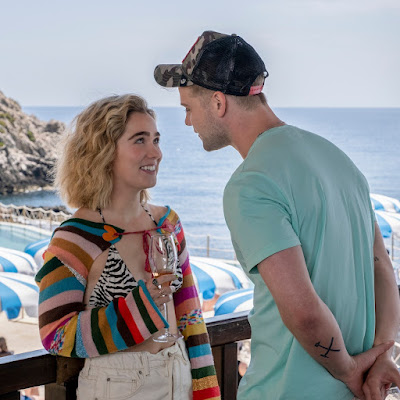 On arriving at the White Lotus, she is ordered by her boss to keep out of Greg’s line of sight after he berates his wife for bringing her on their Sicilian getaway.

Overseeing the running of The White Lotus Sicily is Sabrina Impacciatore’s no nonsense manager Valentina who immediately clocks what Lucia and Mia are up to and orders security to chase them from the hotel.

As with the first series, all the characters’ weaknesses and insecurities gradually come to the fore during the course of the seven episodes, creating unbearable tension.

Greg leaves Tanya for urgent business in the US but this sparks suspicions that he might be having an affair. 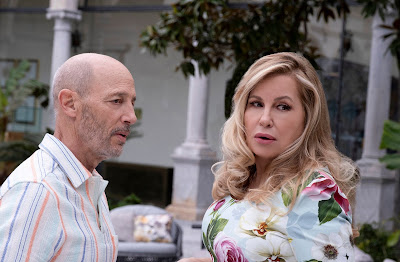 Albie and Portia appear to hit it off, only for her to ditch him for a brash West Ham supporting bad boy, Leo Woodall’s cheeky Essex lad Jack.

Tom Hollander’s gay English ex-pat Quentin takes Tanya under his wing and, with the help of some friends, sets about giving her the time of her life – taking her and Portia to his villa, out on his yacht, off to the opera and finding a handsome Italian lover for her.

When Harper and Daphne have a night away from The White Lotus, Cameron grabs the opportunity to party hard in their absence and insists on picking up Mia and Lucia.

Discovering a condom wrapper in their bedroom on her return, Harper begins to suspect Ethan has been unfaithful while Cameron also flirts with her. 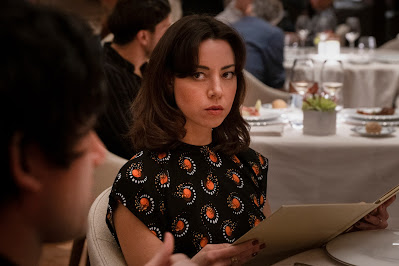 Cameron further complicates matters by failing to pay Lucia who latches onto Albie when he is heartbroken at seeing Portia go all doe-eyed over Jack.

Mia is propositioned by the hotel’s mediocre lounge singer and piano player, Federico Scribani Rossi’s Giuseppe and seeks to turn the situation to her advantage.

Meanwhile Valentina develops a crush on her concierge, Eleonora Romandini’s Isabella but dances around revealing her feelings to her.

As with the first series, not everything is as it seems in White’s show. 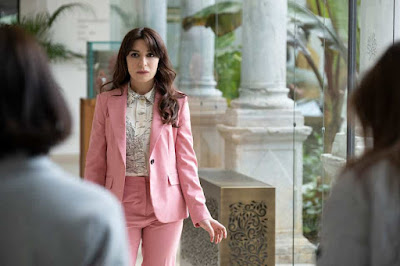 Kindness is often a cloak for morally questionable behaviour and you spend time trying to second guess what the characters’ true motives are.

A deep sense of unease permeates everything that unfolds onscreen which is not surprising, given that at the start of the show we see Daphne stumbling upon a floating dead body while swimming in the sea followed by more bodies being brought onshore.

Such is the excellence of White’s writing, you watch each episode with a growing sense of dread even when it is being funny.

You also wince at the characters’ many mistakes and the way they frequently dice with danger. 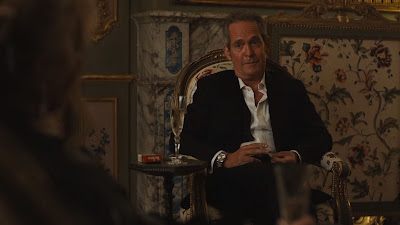 With White on directorial duties, he delivers another handsome production with Xavier Grobet’s cinematography capturing the Sicilian coastline and its towns in all its sun baked glory.

As for the cast, they are once again brilliantly assembled and they are also uniformly excellent.

Imperioli, Di Marco and Abraham are a joy to watch as the dysfunctional Sicilian American Di Grasso family.

Di Marco brings a sweet natured innocence to the part of Albie, while Imperioli and Abraham are excellent as fathers tainted by their past infidelities. 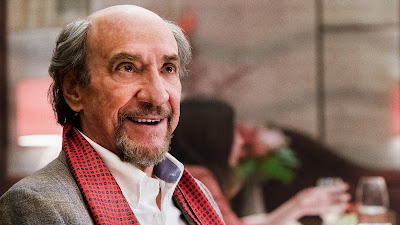 Abraham, in particular, turns in a wily performance as an old man who still has a sense of mischief and a misplaced ego.

Plaza brings her trademark cynicism and intelligence to the part of Harper, using her eyes to impressive effect to convey more than what is being said onscreen.

James and Fahy do a good line in being selfish and occasionally obnoxious, while Sharpe is effective in the way he conveys Ethan’s inferiority complex around Cameron.

Gries brings a slippiness to the role of Greg, while Richardson is perfect as the intern who really ought to know she is making a bad romantic decision. 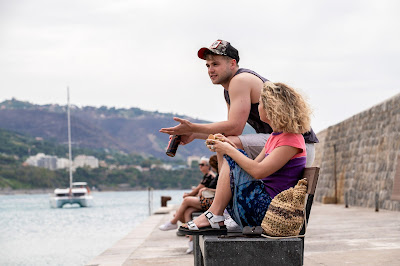 Coolidge milks all the comedy she possibly can out of White’s screenplays, with another fabulous performance as Tanya.

Hollander turns on the charm too as Quentin and does enough to keep you guessing what his motives are.

Woodall is convincing as the cheeky chappie who turns Portia’s head.

Impacciatore is excellent as a hospitality industry professional trying to keep her emotions and desires in check as she goes about her business. 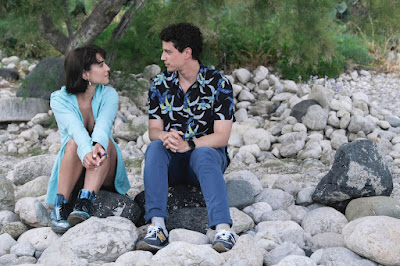 Tabasco and Granno turn in potentially star making performances as two Italian girls who know how to grift and single mindedly pursue their ambitions.

So how does the second season measure up to the first?

Well, the first season was so spectacular in its execution, it was hard to see how White could match its brilliance.

He comes damn close to emulating it in Season Two which is no mean feat, taking the previous formula, reheating it and yet somehow managing to make it all seem fresh. 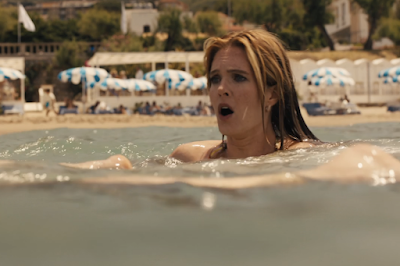 With its tightly written scripts, eye-catching locations and subtle acting, Season Two of ‘The White Lotus’ confirms White and HBO are on to something really special.

Roll on Season Three but hats off to the brave lad on Twitter who cheekily suggested it should be set in Derry with Jamie Lee O’Donnell as The White Lotus Everglades hotel manager.

Hell, I’d watch that but I’d watch it if it was set in Birmingham, Bordeaux, Buenos Aires or Beirut.

On the evidence of the two seasons so far, I suspect White would not only make any of those locations work but he would make them fly.

(‘White Lotus’ was broadcast on HBO in the United States and on Sky Atlantic in the UK and Ireland between October 30-December 12, 2022)