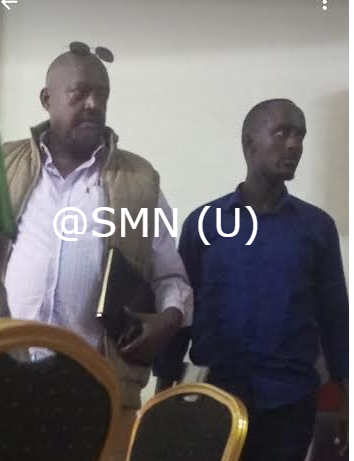 The battle towards recovering the grabbed land belonging to the Late Bishop Shalita that has dragged on for three decades despite winning several court cases seems to be ending soon.

There is hope regarding thwarting the illegally acquired four titles by relatives and family of the late Christopher Kajundira’s who are accused by late Bishop Shalita’s family of grabbing their land.

MNA Advocates representing family of late Christopher Kajundira had a rough time during the cross examination by lawyers from Kampala Associated Advocates (KAA) who are representing the complainants, relatives and family of the Late Bishop Shalita.

The Public Hearing held at the Ministry of Lands Committee Board Room on Monday January 9 2023 nearly turned rowdy as it concluded when Sandra Ndyomugyenyi a State House Official proposed that the issue of land wrangles be sorted amicably between the two warping factions.

Sandra who we established works as a legal Secretary in State House met tough resistance from relatives of the Late Bishop Shalita who demanded to know if her suggestions were the official representation of H.E the President, or State House for that matter.

“My sister from State House may make the public assume that State House is used to abuse public order and disregard court orders. If it’s an official comment from State House, then it must be documented, not verbally relayed like that. State House always has formal ways of addressing issues,” said Grace Kabayo Majoro, who is herself an official of President’s office.

Majolo lambasted Sandra Ndyomugenyi before Sandra staged a walk out of the tribunal.

This is not the first time Sandra Ndyomugyenyi is being trashed for representing the position of State House. In October 2022 State House in a letter written by the Presidential Press Secretary rubbished a letter purportedly written by Sandra to SK Mbuga regarding non payments for works done by cyber experts.

The PPS urged the public to treat Ndyomugyenyi’s letter she signed on behalf of Presidential Private Secretary Dr. Kenneth Omona as baseless, false and full of contempt.

The first Public hearing regarding the same subject matter chaired by the Commissioner Land Registration was held on December 12 2022.

Unlike the December hearing that was shunned by family of the late Christopher Kajundira, this particular one had some Kajundira family members in attendance.

A dozen of the members of the Bishop Kosiya Shalita’s family and relatives filled the Ministry of Lands Board Room.

The public hearing had been called by an advert placed in the Daily Monitor of November 12 2022, which had outlined the necessity for the two parties to attend and present their evidence.

Through their lawyers, the late Bishop Shalita’s family proved that the four land titles under family of late Christopher Kajundira was illegal, fraudulent, and suspiciously obtained and demanded that they be cancelled.

Rash To Cleanse The Rot Fails

In March 2022, when the Kajundira family under command of Major Muhoozi Kajundira violently invaded and occupied Bishop Shalita’s land, rushed to court and filed appeal case Ref:(Msc Application No 354 of 2022) arising from miscellaneous Application 172 of 2022, arising from High Court Civil Revision No. 004 of 2022, arising out of High Court Miscellaneous Application No.002 of 1996, Arising out of Chief Magistrate Civil Appeal No:076 of 1990) to reverse the old verdict of the high court that had evicted his father, family, kin and kith, apparently in preparation for the creation of the 4 illegal titles, but the High Court could hear nothing of their gimmicks and dismissed the application by Maj. Muhoozi and his brother Mutungi Kajundira, and fined them Ugx 10 million each for contempt of court.

The same court convicted the Ag. RDC and DPC Kiruhura then and fined them Ugx 108 million each for aiding the dual in their contempt of court.

Despite the standing court orders warning the Kajundira family to restrain from accessing the land of the late Shalita, they still went ahead and obtained titles mounted on an already existing plot belonging to the Late Bishop Shalita.

These are the titles the family of Bishop Shalita demands the commission must have cancelled.

At the Monday Tribunal, officials from the Ministry of Lands Registrar of Titles concluded their hearing from both parties and set 31 January as the final day to release their verdict on the matter. Kaguta Hakim one of the officials said: “During the first hearing we only heard from lawyers representing late Bishop Shalita’s family, today we have also heard from the lawyers representing the Christopher Kajundira family.” “We shall now move and male our final judgment to the matter in three weeks time where we shall decide either to cancel all the four titles or advice otherwise.”