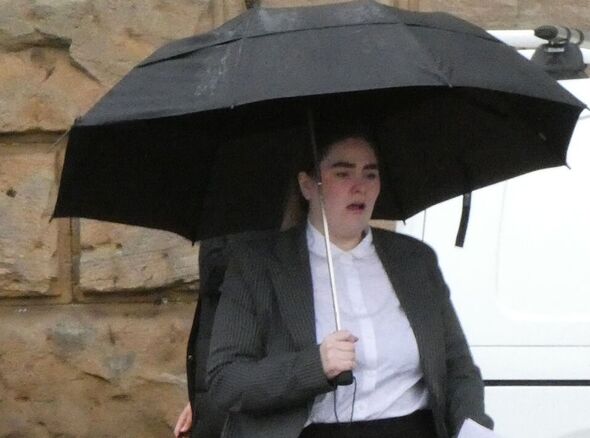 Three drunk women ambushed and battered their former friend in her own home.

Charlie Wilson, 25, Alysha Dean, 24, and 23-year-old Charlotte Corless carried out the “premeditated” and”intoxicated” attack in the early hours of the morning at Eve Sadler’s address.

A court heard Miss Sadler had opened her front door after believing the knock at it was her landlady.

But her former pals “barged” their way in with Wilson leading the way and shouting “I want my money”.

They started to kick the victim, and Dean punched her, knocking her to the ground and causing “severe pain” on September 10, 2021.

Miss Sadler’s two friends in the flat tried to intervene but Corless and Wilson stood on her head as Dean, a mother, “went wild smashing up” the property.

Despite efforts to protect Miss Sadler, the assault continued, with Wilson kicking her and she was joined by Dean, who “rained repeated blows” on Miss Sadler’s face and pulled her hair as she tried to shield her face with her hands.

But, as Liverpool Echo reports, the three young defendants were spared jail at Chester Crown Court.

He made a restraining order against all three defendants to run for seven years.

In his sentencing comments, Judge Berkson described the case as “three people targeting this one victim causing her not only physical injuries, which include a serious injury so far as ABH is concerned, but also the emotional trauma of three friends attacking her in her own home”.

Summing up, Judge Berkson said: “This is a very upsetting case so far as this court is concerned.

“Four friends have fallen out and one friend has ended up beaten up in her own home and had property damaged.”

Charlotte Corless showed ‘an expression of her immaturity’ (Image: runcornweeklynews)

Joanne Moore, prosecuting, told the court Miss Sadler made a remark about Dean’s boyfriend “cheating on her”, which resulted in “all hell breaking loose” as Dean proceeded to “go wild, and smashed up the property” while Corless “repeatedly punched Miss Sadler to the face”.

It ended when Miss Sadler’s male friends managed to keep the attackers away from their victim at the address in Runcorn, Cheshire.

The background to the “intoxicated” attack was the three women were angry with Miss Sadler because it was claimed her brother owed money to Wilson and she had also broken up with a friend of the group.

Miss Sadler said when she contacted the police they told her she was “safe in her own home and it wasn’t an emergency”.

She “felt like she was having a panic attack” and her nose was “bleeding heavily” while her arm also bled.

The damage to her flat was so extensive it looked “destroyed”, including a fish tank, with the estimated value running to thousands of pounds. Miss Sadler suffered a broken eye socket, swelling, bruising to her eye, nose and scalp, plus an abrasion to her cheek and tenderness.

In her victim impact statement, she said the ordeal left her “badly shaken” and she hasn’t been able to return to the flat other than collect some belongings, and she remained “scared” of encountering her attackers.

She added she suffered “flashbacks” and “I don’t feel safe at home”. Miss Sadler also took five months off work, adding she didn’t feel safe in court at the plea hearing in November.

Text messages discovered by investigators revealed Wilson saying she “can’t believe she did this”, while a conversation between Corless and Dean surmised “we didn’t hurt her that bad”.

Paul Wood, defending Dean, conceded the assault caused an “unpleasant injury”, as he warned against the risk of “double-counting” aggravating features such as being in drink.

He referred to Dean’s previous “good character”, her assessment as a “low risk of reoffending”, “remorse” and a “significant period of delay in which the defendant has held down work, stayed out of trouble”, and lost one job but found another in pharmaceuticals.

She was also the primary carer for her young daughter, and has only had two drinks since the night in question – “a dramatic reduction” in her alcohol consumption.

Mark Pritchard, defending Corless, contested the degree of premeditation, arguing the assault was a case of “three young women in drink in a drunken spur of the moment to make a very silly decision”, adding the incident was an “expression of her immaturity”, and she deserved full credit for her guilty plea.

He added Corless, of Runcorn, was “struggling with her grief” at the time because she had lost two grandparents in a short space of time, but realised her behaviour in her words was “100% wrong”.

Jeremy Rawson, representing Wilson, said her position had “significant mitigating features”, namely her previous good character, five references that “speak highly of her”, and her “tangible and obvious remorse”.

He said Wilson, also from Runcorn, “blames herself and she wishes it had never happened”, and the “horrible incident” was something “she regrets bitterly”.

Mr Rawson added she presented a “low risk of reoffending” and “realistic prospect of rehabilitation”, was in work and had a partner and two young children.

The post Three women ‘ambush and batter’ former friend in her own home appeared first on WorldNewsEra.