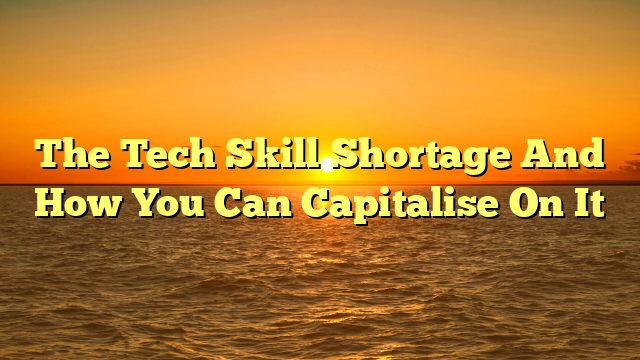 As many in the industry know – Australia is currently suffering from an acute tech skills shortage. In lay terms, this means the pipeline of talent across the country’s technology industry simply can’t keep up with the pace at which jobs are being created and vacated.

For Australian businesses which are looking to compete on the world stage, this presents a significant barrier to growth and innovation. But on the other hand – for those people who’re looking for a rewarding, well paid and highly-flexible career path… well – it’s a golden opportunity.

The Tech Council of Australia has forecast Australia will need one million people in tech jobs by 2025, and this means around 260,000 more people will need to enter the Australian tech workforce before that date.

This is roughly the equivalent of Australia’s entire population of primary and secondary school teachers (see reference here).

This immense demand for tech workers has put the power back in the hands of those working in the industry – leading to higher wages, better working conditions and abundant career growth.

But how can those of us who are not already working in tech get a piece of this pie?

By making a conscious effort to learn digital skills in your spare time, this is one way you can take advantage of this emerging opportunity in tech. If you work in digital marketing for example, why not learn the basics of web development?

At worst, you’ll be able to have more fruitful and dynamic discussions with those in your team.

At best, you’ll be able to increase you earning capacity because you’ll be increasing your effectiveness in your role. This will become obvious to others in your company – including your employer.

The Internet is abundant with free resources which you can access at any time – so start learning!

Making an all-out career change is possibly the best way to capitalise on this current tech skills gap in Australia. Luckily, there are alternative educational pathways which are making a career change like this more accessible than ever.

To learn why a career in software engineering ticks all the boxes, read more here.

Holberton School represents a modern approach to tech education where students learn industry relevant skills by actually practicing the skills they would use in the workplace through a project-based curriculum – a far cry from the traditional lecture-memorisation model of education that we have become accustomed to.

Holberton School is particularly pertinent for those looking to make a career change into the tech industry, with their students securing jobs as entry level software developers months before even completing the program.

With a number of scholarships available specifically for women in tech, be sure to check out their website here.

The enormous demand for tech workers in Australia has created an exciting career opportunity for those who are willing and daring enough to capitalise on it. For some, this could mean learning new tech skills that complement existing competencies. For others, this could mean an all-out career change. Either way – those that act now who will see the greatest gain in the long run.

For more information on the Holberton School, visit here.

The post The Tech Skill Shortage And How You Can Capitalise On It appeared first on Women Love Tech.