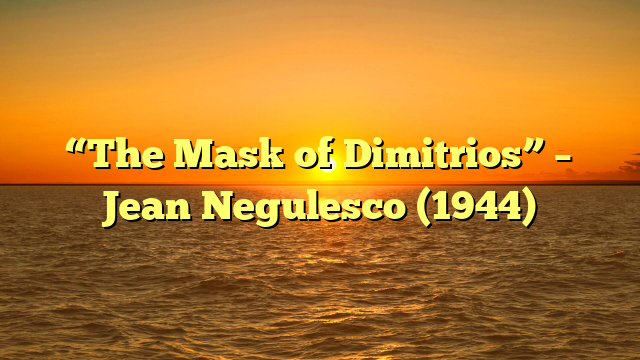 The Mask of Dimitrios (1944) is one of the classic films noir of the 1940s, and it stars two of the more colorful figures of that period, Sydney Greenstreet and Peter Lorre.  Only on this occasion, 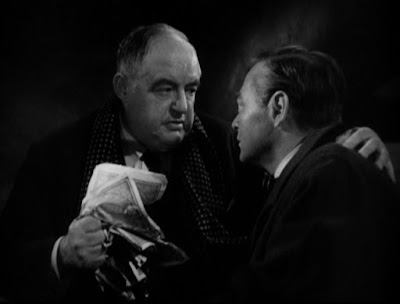 instead of playing shady and somewhat threatening supporting roles, they are cast as the stars of the film and represent the protagonists of the story.  Greenstreet and Lorre appeared together in nine famous films during this period – The Maltese Falcon (1941), Casablanca (1942), Background to Danger (1943), Passage to Marseille (1944), The Mask of Dimitrios (1944), The Conspirators (1944), Hollywood Canteen (1944), Three Strangers (1946), and The Verdict (1946) – but I would say that The Mask of Dimitrios features their greatest and most memorable performances.

Interestingly, despite their being cast here in The Mask of Dimitrios in the roles of the protagonists, Greenstreet and Lorre here retain their usual shady cinematic personae.  Lorre is his usual slimy self, and Greenstreet is characteristically abrupt and threatening, although he is here perpetually delivering his sanctimonious statement: “There’s not enough kindness in the world”.  Nevertheless, we are in film noir territory here, so it all fits together nicely.  Indeed, film scholar Keith Roysdon, who wrote an essay in praise of the Lorre-Greenstreet acting collaboration [1], commented:

“‘Mask of Dimitrios’ is . . . the peak of the Lorre and Greenstreet movies.”

The film was directed by the versatile Jean Negulesco, and it was based on the famous 1939 novel of the same name (aka in the U.S.: A Coffin for Dimitrios) by popular British author Eric Ambler.  The cinematography and editing was handled by Arthur Edeson and Frederick Richards, respectively; and while there are a number of distracting jump-cuts and camera-axis-crossing shots, the film’s overall appearance does very well conform to the dramatic visual panache of the dark urban film-noir underworld.  The film’s music was composed by the prolific Adolph Deutsch, who was also responsible for the music in The Maltese Falcon.  The result was a classic film noir in all its trappings.  And over the years, The Mask of Dimitrios has consistently drawn a number of appreciative reviews [1,2,3,4,5,6,7,8,9,10]. 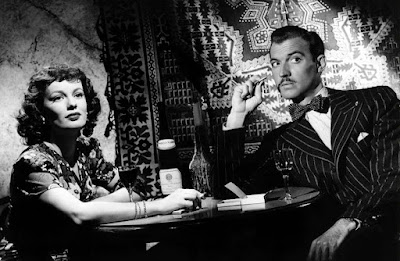 The narrative of The Mask of Dimitrios is somewhat complicated by the retelling in flashback of several lengthy past episodes from the life of the nefarious Dimitrios Makropoulos (played by Zachary Scott in his first starring role).  Dimitrios, we will learn, is a liar, thief, murderer, spy, gangster, betrayer, and traitor.  The person interested in learning his story is a well-known detective story writer, Cornelius Leyden (Peter Lorre), who believes Dimitrios would make a good subject for his next book.

The story begins in 1938 with Leyden visiting Istanbul.  At a social gathering Leyden meets a high-ranking police officer, Colonel Haki (Kurt Katch), who is a fan of Leyden’s writing.  Haki tells him about Dimitrios Makropoulos, whose dead body was recently washed up on the beach.  It is revealed that Dimitrios is known to have engaged in various criminal activities over the past sixteen years in a number of places – successively in Smyrna,, Athens, Sofia, Belgrade, and Paris.
The evil nature of Dimitrios intrigues Leyden, and he is allowed to see the corpse just before it is disposed of.  Afterwards, a stout gentleman, a Mr. Peters (Sydney Greenstreet), also comes to the morgue to see the corpse, but he arrives too late.

Intent on basing his next novel on Dimitrios, Leyden travels to Athens to dig up more info about  him, but he doesn’t find much.  So he heads to Sofia, where he is able to track down Irana Preveza (Faye Emerson), a former lover of Dimitrios fifteen years ago.  Telling him in flashback, she says Dimitrios was involved in an assassination attempt and left the country using money borrowed from Irana. But despite his promises, Dimitrios never returned the money.  When  Leyden returns to his hotel room, he finds a gun-wielding Mr. Peters has searched it and demanding to know why he is interested in Dimitrios. After the mysterious Peters becomes convinced of Leyden’s relatively innocent intentions, he proposes that the two of them work together and that there may be some unexplained financial reward that results from it. 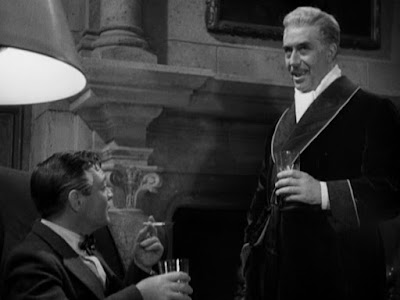 So Peters puts Leyden in touch with the genteel but sinister Wladislaw Grodek (Victor Francen).  In a 20-minute flashback Grodek relates how he had hired Dimitrios to obtain some state secrets. Dimitrios manipulated Karel Bulic (Steven Geray), a minor Yugoslav government official, into gambling and losing a huge sum so that he could be pressured into stealing charts of some strategic minefields.  Bulic ultimately confesses to the authorities and then commits suicide, but Grodek just smirks when telling about it.  However, Dimitrios double-crossed Grodek by selling the stolen charts himself to the Italian government.

Still desirous of knowing more about Dimitrios, Leyden heads to the next known stop of the man’s iniquitous itinerary, Paris.  There he meets up again with the up-to-now secretive Peters, who Leyden has by this time learned used to be a member of Dimitrios’s smuggling gang.  Peters now informs Leyden that the corpse he saw in the morgue in Istanbul was not that of Dimitrios, and he proves it by showing Leyden an identifying photograph of the of the man, not Dimitrios, who was killed in Istanbul.  Dimitrios, Peters informs Leyden, is still alive and is living under an assumed name in Paris.  Since Leyden is the only person who has seen the corpse and can confirm that it was not Dimitrios, he and Peters are now in a position to blackmail Dimitrios. Peters wants one million francs from Dimitrios for his silence, and Leyden agrees to go along. 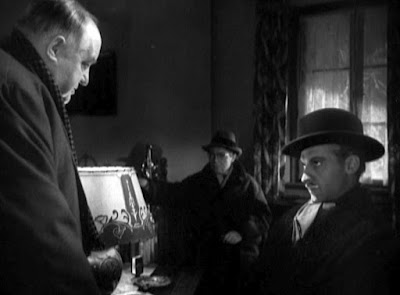 Peters knows how to get in touch with Dimitrios, and he arranges a secret meeting between himself, Dimitrios, and a suitably disguised Leyden.  At the meeting Peters issues to Dimitrios his demand for one million francs in cash, or he will reveal Dimitrios’s to the authorities via Leyden’s anonymized testimony.  Dimitrios grimly concedes that they have the goods on him and agrees to make the payment.

And so at a secretly arranged location, Peters and Leyden pickup a case filled with one million francs in cash.  Peters is exultant.

However, we are likely to doubt that Dimitrios will give up the ghost so quickly, and, sure enough, Dimitrios does have another play to make – and a violent one, too.  But you will have to watch the movie, yourself, to see how it all plays out in the end.

One might be tempted to wonder if there is any moral slant in The Mask of Dimitrios’, although this is not often an issue in a film noir.  However, in this film, Leyden, the ever-fascinated observer of malevolent people, is presented with closeup, contrasting views of two often-congenial but ultimately pernicious antagonists going up against each other:

So Dimitrios and Peters are malicious, but in different ways.  Dimitrios is almost a cold-blooded self-serving robot, out only for his personal gain, whereas Peters does concern himself with other people but sometimes in a vengeful way.

I personally believe that we have all been placed in this world with the assigned goal of bringing joy to all the beings that we encounter while we are here.  And anger, hatred, and vengeance have 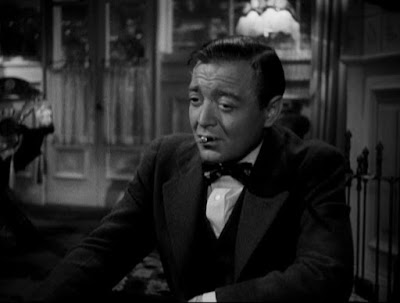 no place in the carrying out of this mission (as you may have guessed from my reviews of other revenge-films).  Therefore Peters is no angel here.  And so Leyden must consider that aspect of his encounters with the people he has met in this story, too.

At any rate, Sydney Greenstreet and Peter Lorre with their colorful personages, do an excellent job of raising these issues in The Mask of Dimitrios.  As for the overall moral slant of the film, perhaps it does just come down to the need for more kindness.  After all, the final words expressed in the film are Greenstreet’s:

“There’s not enough kindness in the world.”