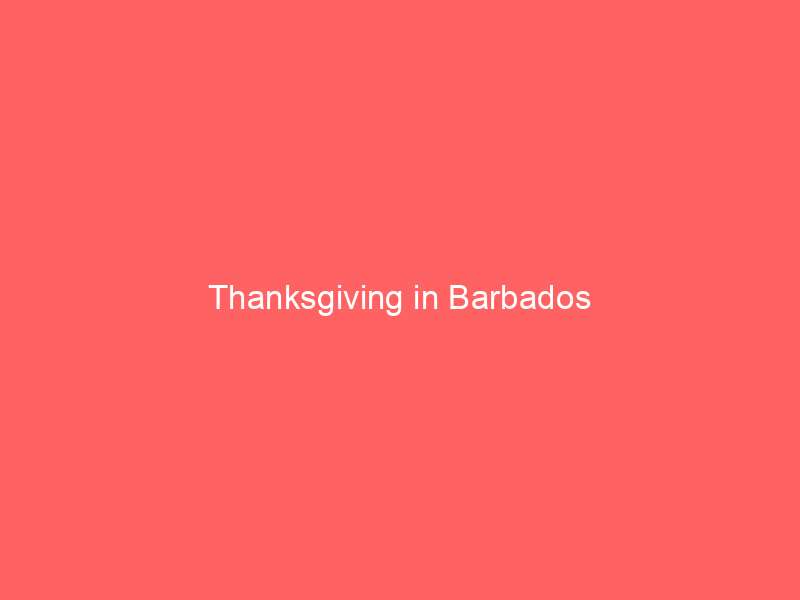 Today Canadians celebrate Thanksgiving, and those of us living abroad are planning our turkey dinners. It is a day to think about what we have to be thankful for.

I am thankful to be living in Barbados.

Living here I am constantly reminded of the similarities and differences between our countries. While we both started with British rule, the history of slavery is much different.

In Barbados, wealthy landholders wanted obedient slaves. They used religion to teach conformity and servitude.  As a result, ingenuity and open dialogue were shunned. Education provided by the church guaranteed that those who conformed were rewarded, and those who didn’t were shunned.

In comparison Canada was the place known as the last stop in the underground railroad.  In 1825 with the population in Upper Canada just under 160,000, the influx of 40,000 freedom seekers who wanted to make Canada their home had a big impact.

Courageous people who came to Canada through the underground railroad influenced the way we thought about equality, freedom and minorities.

As a result, Canada has a history of protecting and defending human rights through open dialogue.

Canadian John Peters Humphrey was the principal author of the Universal Declaration of Human Rights and prepared the first preliminary draft of it.  It established that “all human beings are born free and equal in dignity and rights” and that “rights are not conferred by government; they are the birthright of all people.” No matter what the country, or cultural beliefs, human rights must first.

Courageous outspoken people in Canada willing to stand up for minority groups changed not only the laws but the hearts and minds of people in communities across Canada.  As a result, there are millions of LGBT citizens able to live freely and participate fully in the political, economic, and social lives of their communities.

In Barbados this is sadly not the case.   Open discussion of ideas isn’t common. Instead word travels through whispers.

People are unwilling to stand up for minorities, and the LGBT community is constantly discriminated against.

But there are many Canadians living in Barbados with a humble desire to contribute to the community.  Some of us descended from a courageous stock of people who fought for freedom. For us, contributing means sharing ideas and pushing for progress.

When it comes to human rights, progress starts with an honest and open discussion.

The rights of the LGBT community in Barbados are ignored by people who cite religious or cultural values to justify their discrimination.  Similar to justifications given for violent practices towards women, like genital mutilation, which was believed to be sanctioned by God. Today, because individuals stood up for human rights, these practices are unacceptable.

Criminalizing the status of LGBT people, and expelling them from schools, is completely unacceptable.

The immigration policy in Barbados is responsible for limiting the islands ability to attract community builders. It was set up to attract the wealthy. Updates to the policy were designed to attract large corporations (that mostly wanted to avoid paying taxes) not entrepreneurs.

In Canada the immigration policy was designed to attract ingenuity. Our “start-up” residency program targets entrepreneurs to the country by offering residency status. This allows them to work in their business without having to get a work permit. They end up bringing all their wealth into the country. And they contribute significantly to their community.

Here in Barbados wealthy opportunists attracted by low taxes have contributed little to the island. One built a school for his children, but turned it into a business willing to discriminate against any kid who threatens their profits.

The progress here in Barbados is driven mostly by local residents and a small group of caring immigrants. But they are up against opportunists willing to use cultural intolerance as an excuse to ignore human rights and protect their profit.

This Thanksgiving I am thankful to be a Canadian living in Barbados. I am thankful for the friends I have made. They are very smart and courageous Barbadians trying to build culture and a progressive community.