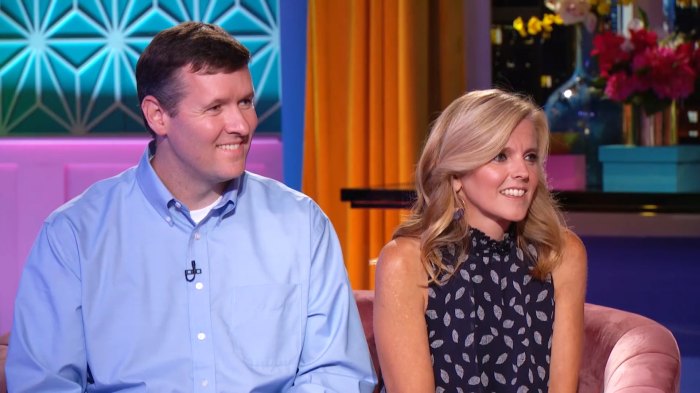 Keeping the lines of communication open. Teen Mom OG stars Catelynn Lowell and Tyler Baltierra have long had a rocky relationship with their biological daughter Carly’s adoptive parents. However, when it comes to explaining the decision to Carly’s sister Nova, the two couples have become a team.

“When I saw her struggling, I reached out to Carly’s parents, [Brandon and Teresa Davis], and we were able to set up a FaceTime so her and Carly could talk,” Lowell, 30, exclusively tells Us Weekly about how she and Baltierra, also 30, helped 7-year-old Nova handle her feelings about missing her biological sister.

“It’s all about honesty, really, when it comes to adoption,” the Michigan native — who has candidly discussed placing Carly, now 13, for adoption ever since her 16 and Pregnant episode aired in 2010 — tells Us. “When they’re old enough, we can watch that together.”

In addition to Carly and Nova, the middle school sweethearts — who tied the knot in 2015 — share daughters Vaeda, 3, and Rya Rose, 14 months. Lowell says that the discussions about Carly’s situation “will continuously evolve as my daughters get older and I have to keep explaining it,” but emphasizes that *being honest and transparent I think is the best way to parent when it comes to our story.”

During the November 1 episode of Teen Mom: The Next Chapter, viewers saw Lowell and Baltierra explain to Nova firsthand why they placed Carly for adoption when they were teenagers.

“She just started sobbing,” the microblading expert told her husband of Nova’s unexpected outburst after school one day. “She’s like, ‘I really miss Carly.’ She’s like, ‘I don’t [get it] — why did you have to separate us?’”

Nova explained to her parents why she was so upset about the situation. “It feels like that’s my sister and I can’t see her that much,” the little one said. “Imagine getting split up from your sister or your brother.”

While the two agreed that it would be hard, the Conquering Chaos authors attempted to level with Nova and explain their point of view.

“When Mommy found out she was pregnant, me and Daddy talked and we said we can’t raise a baby right now. We didn’t have cars. We were still in school, [had] no jobs,” Lowell told her daughter, pointing out that she was only 16 when Carly was conceived.

When Carly was adopted by the Davises in 2009, the foursome agreed on keeping the relationship open. At first, the Baltierras saw their eldest every year since her birth and their dynamic with her adoptive parents seemed to be amicable. However, as Carly got older and the Teen Mom franchise became more popular, the MTV personalities’ relationship with the North Carolina residents grew more strained.

Baltierra has voiced his displeasure at some of Brandon and Teresa’s rules, including not sharing any recent photos of Carly via social media or on the show.

“I feel like whatever happens, I have to kind of, like, filter through Brandon and Teresa first,” the father of four said during a Teen Mom OG reunion in April 2021. “I don’t trust what I’m gonna say sometimes. It’s just very difficult to navigate and feel close in a relationship when you have to second guess your approach and delivery all the time. It’s anxiety. Me and Catelynn have talked about it many times. We’re almost 30 now and we still feel, like, this inferior position.”

Lowell, for her part, added: “In the snap of a finger, they could take [our access to her] away.”

Later that year, Lowell acknowledged to Us that it makes sense for Brandon and Teresa to have the final say when it comes to Carly. “They are her parents. They get to make all the decisions for her and rightfully so,” the reality star noted in October 2021. “Relationships are hard any which way. So it’s just all about … learning and maneuvering.”