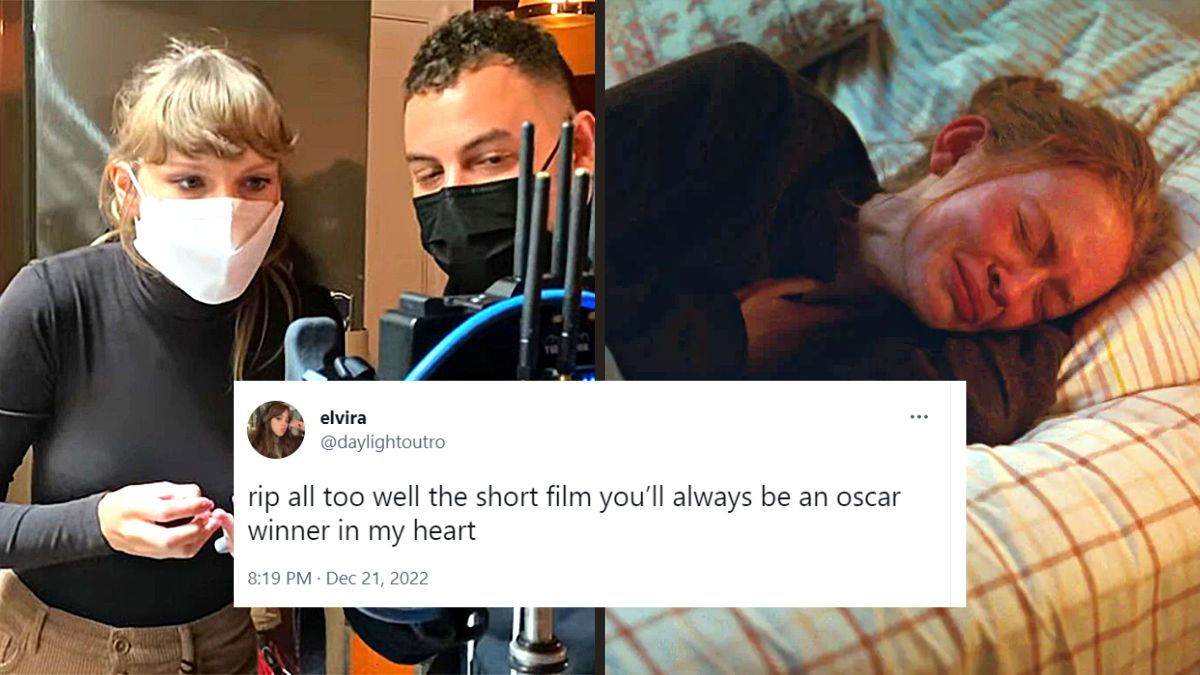 The Academy released the shortlists for the 95th Oscars on Wednesday, and despite Taylor Swift‘s inclusion in the Best Original Song category for her Where the Crawdads Sing theme “Carolina,” the musician’s fans weren’t best pleased about her absence elsewhere.

Swift, who has recently ventured into the world of directing, submitted the 10-minute version of her song “All Too Well” for the category of Best Live-Action Short Film. However, the Academy chose not to select it for the final round of contenders, which means there’s no chance it will be nominated when the time comes. Swifties were, of course, not happy.