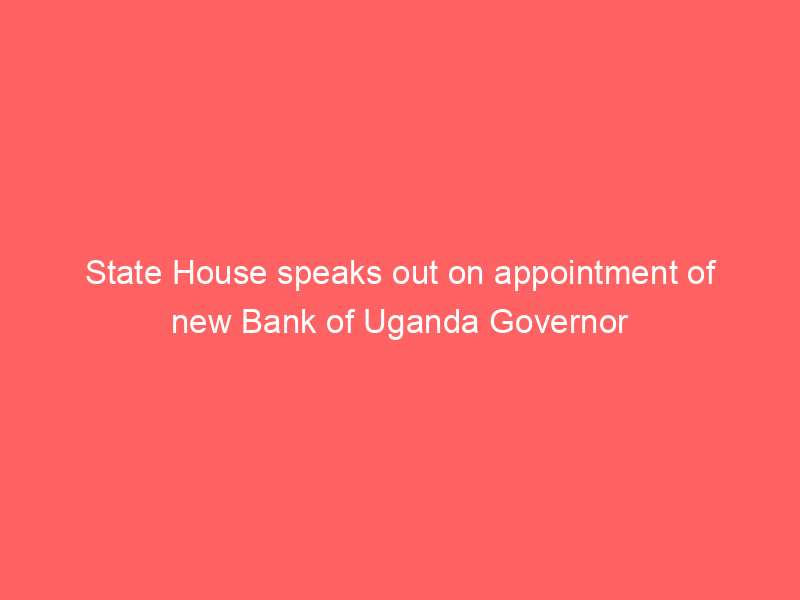 According to the Deputy Presidential Press Secretary, Mr. Faruk Kirunda, President Museveni is yet to appoint any person to fill the vacant Central Bank Governor position.

“It is not true that H.E the President has appointed a new Governor, BOU. In case such an appointment is made, the public will be informed through official channels,”Mr Kirunda tweeted on Saturday.

The position of Governor fell vacant following the death of Prof.Emmanuel Tumusiime Mutebile.

Mutebile died in January this year at Nairobi Hospital, according to an announcement made by Deputy Governor Micheal Atingi-Ego. He was 72.

Mutebile was admitted to Nairobi Hospital after he collapsed due to complications related to diabetes.

Prof. Mutebile, was a seasoned professional economist who served as Governor and Chairman of the Board of Directors of the Bank of Uganda since 2001, and had just started a new term of office for which he was reappointed in 2021. He served as secretary to the treasury from 1992 to 2001, when he was appointed governor.

The post State House speaks out on appointment of new Bank of Uganda Governor appeared first on Watchdog Uganda.