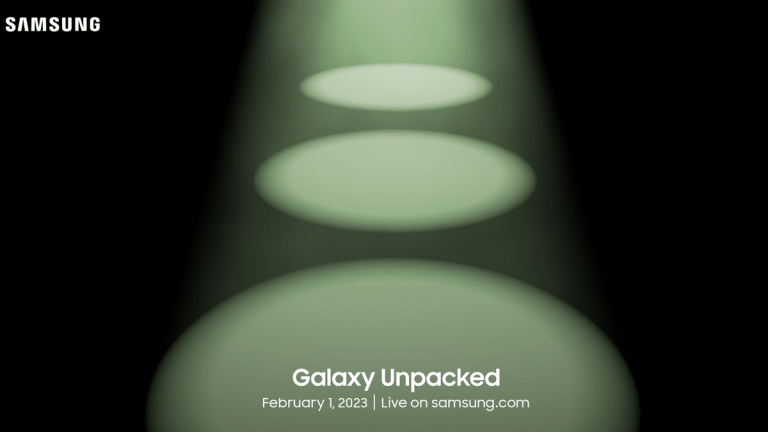 As leaks continue unabated, Samsung confirmed this week that its next Galaxy Unpacked event will take place on February 1 at 10 a.m. PST / 1 p.m. EST. Samsung will host the in-person event in San Francisco, where we will see the Galaxy S23, Galaxy S23 Plus, Galaxy S23 Ultra, and the new pair of Galaxy Buds. You can watch the Unpacked event live on YouTube or on Samsung’s website to get a first glimpse of the Galaxy S23.

Countless leaks have already spoiled most of the new features coming to the Galaxy S23, as well as the design, which Samsung is obviously teasing on its invite. The three spotlights represent the triple rear camera array, which will be the focus of this generation.

Unlike the previous generation, all three models should feature the embedded rear camera design that was exclusive to the Galaxy S22 Ultra. It’s a much cleaner look, and it’s clear that Samsung heard the feedback from its fans loud and clear last year.

Samsung’s reservation page for the Galaxy S23 is already live as well. If you reserve the Galaxy S23 today, you can get up to $100 in Samsung Credit. If you check out that page, you can watch a video highlighting one of the phone’s new camera features.