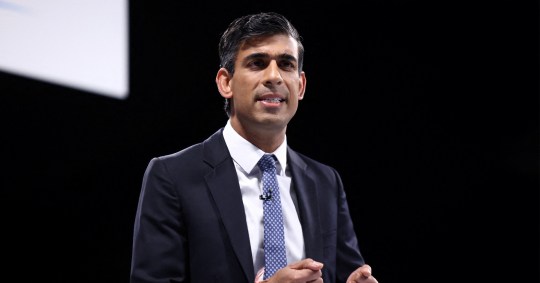 Rishi Sunak has reportedly built a private pool at his £1.5 million mansion, while his constituents are on the brink of losing their public baths due to soaring energy prices.

The former Chancellor and his wife Akshata Narayan Murty are said to have applied for a new stone building on a paddock in Richmond, North Yorkshire last year.

It will house a gym, a 12×5 metre pool, four showers and storage, according to reports.

This is because only household consumers are protected by Ofgem’s energy price cap to keep tariffs down – which excludes community and school pools.

The leisure centre, in the heart of Richmond, has served the community of 2,000 since 1976 as a charitable venture.

Leadership hopeful Mr Sunak, who is a multi-millionaire, is said to pay running costs of £13,000 a year on his mansion.

The news comes amid warnings that 79% of community swimming pools could close across the country.

British Gas owner Centrica has reported a five-fold increase in profits, to £1.34 billion.

Austin Gordon, general manager at Richmond Pool told The Mirror: ‘It is ironic Rishi has just built a pool for himself, while his constituents face losing theirs.

‘Our current energy deal finishes at the end of September, so we are trying to work out what we are going to do.’

Some local pool users have also spoken their minds over the closure threat.

Questioned on the situation, she said: ‘I doubt a millionaire like him can make sense of how people’s lives are affected by the cost of living crisis.’

Meanwhile, Huw Edwards, chief executive of UK Active, has warned closing the community pools will have ‘a devastating impact on the health of the nation and cause a huge burden for the NHS’.

He added that more than 18 million people visit facilities like this every year.

Dave Chandler, head of the Swimming Teachers Association has claimed pool closures could even lead to more deaths by drowning as fewer people will learn to swim.

Mr Sunak, who is up against Liz Truss in the race to become the UK’s next PM, has come under fire for being ‘unrelatable’ in the past.

In a recent clip, unearthed from Mr Sunak’s younger days, he said he had no working class friends.

He has since said he was ‘silly’ to make these remarks, adding that he, like many others, made mistakes while young.

Households will receive up to £400 in relief after an expansion to the energy rebate scheme previously worth £200 was announced while Mr Sunak was Chancellor.

Many across the country face a nightmare winter as energy prices are expected to increase again in October.