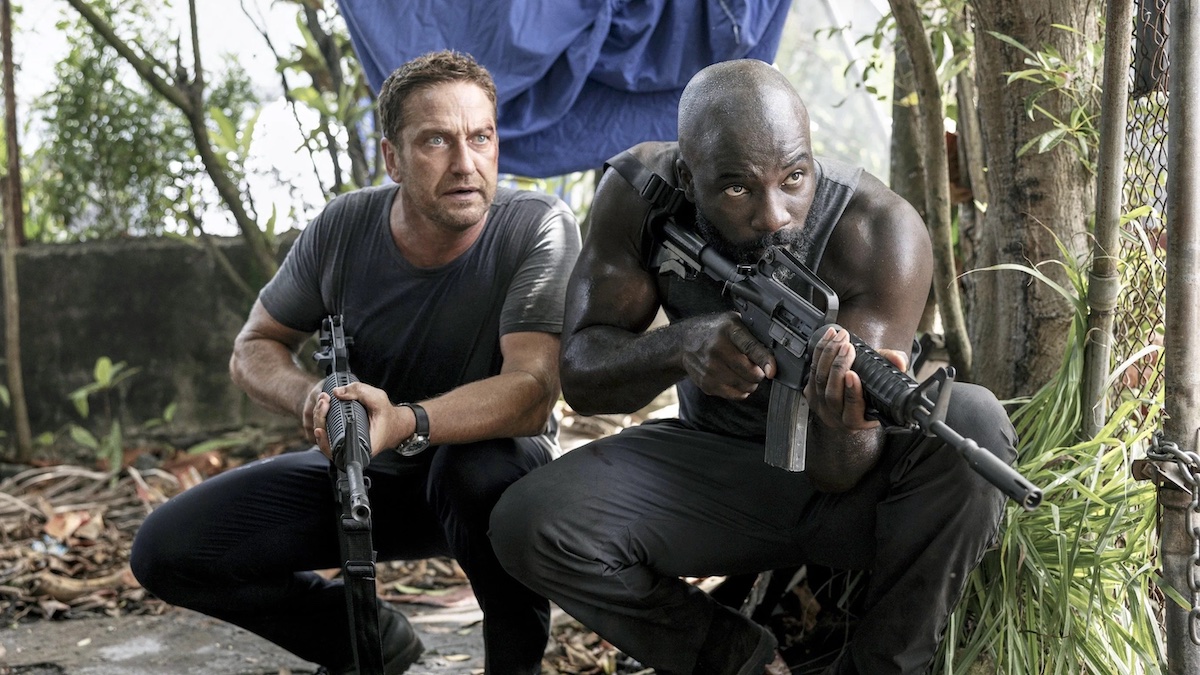 There was once a time, specifically the late 1980s to early 1990s, when a filmgoer could walk into a theater and have a guaranteed, action-packed blast in under two hours. Action movies of that era were tightly paced, full of borderline-goofy masculinity but also suspense and compelling set pieces. They seem like relics today, but Gerard Butler and company have set out to bring back this era with PLANE, a fun, action-packed callback to movies we don’t get often anymore. It’s a return that brings back the unhinged joy of the action movie, but also some of the regressive politics, too.

Captain Brodie Torrance (Butler) is on an important mission: make it to his sister’s house in time to celebrate the new year with her and his daughter. Brodie is an airplane pilot based out of Singapore who’s now relegated to lower-tier airlines because of an altercation with a passenger. Brodie is first and foremost a dad, however, and is determined to beat the 18-hour time difference standing between himself and his loved ones. It seems like a straightforward enough flight, even with Louis Gaspare (Mike Colter) on board, who’s being extradited on murder charges (that he may not have committed). However, when Brodie’s forced to fly the plane through an intense storm, he finds himself on a war-torn island where chaos seemingly reigns and with his passengers taken hostage. Brodie and Louis have to team up to get the passengers back, no matter the cost.