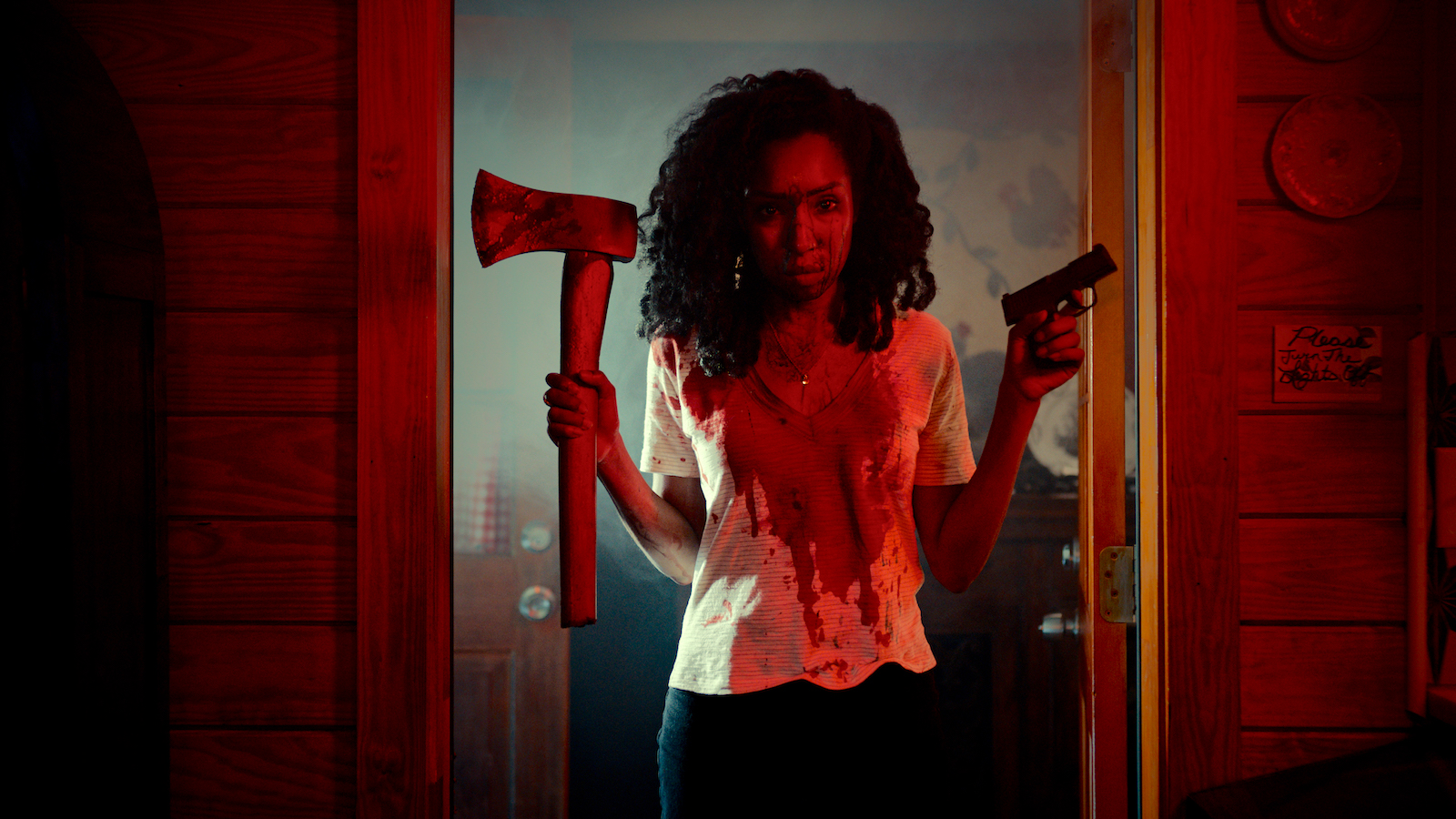 One of the holiday season’s most straightforward delights is the yule log. A simple image of a burning piece of wood is a great background watch, and the crackling of the fire can be as relaxing as any ASMR video. But what would happen if this deceptively benign image turned into something surreal, thrilling, and kind of gross? You would probably get Adult Swim Yule Log, the network’s first foray into live-action feature-length films, and a surprise release when it aired after the season finale of Rick and Morty’s sixth season. In Yule Log, we move from static shots of a fire crackling, to scenes across time (and maybe dimensions?), and get something wholly unique.

The first hint that something is off is when we see a pair of legs pass by the fire: turns out this fire is in an Airbnb-type rental, and the legs belong to the cleaning person who’s charged with tidying up between visitors. When this cleaning person is killed off-camera after a murderous mother-son duo (Tordy Clark and Brendan Patrick Connor) weasels their way in, the violence simultaneously breaks the illusion of safety and familiarity of the yule log in one fell swoop. From there, we can only watch as the mother-son murder team cleans up, and then hides away in the cabin. We then meet the actual occupants of the cabin, Alex (Justin Miles) and Zoe (Andrea Laing), a couple who are at the cozy spot for a romantic getaway that’s about to turn into something completely unexpected (and deadly).