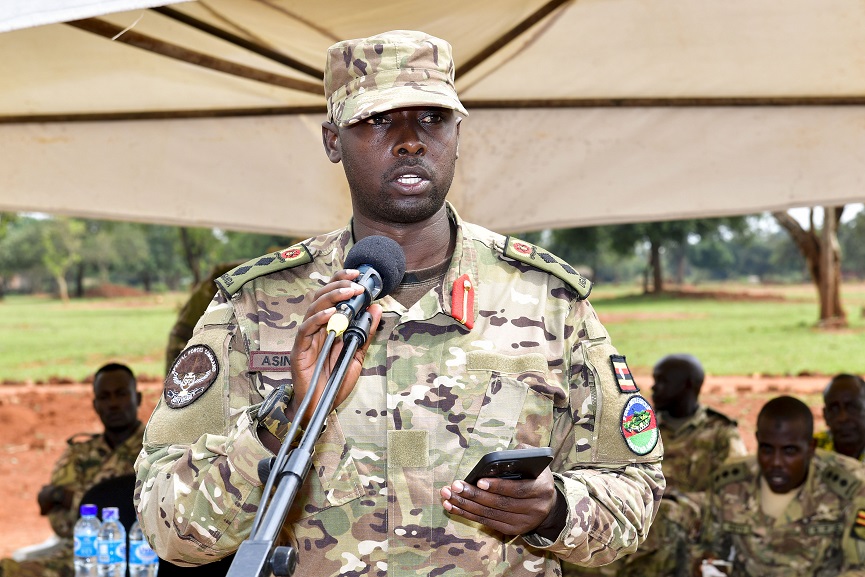 The Commander of the Special Forces Command (SFC), Brig. David Mugisha has called on soldiers to put their military training to practice in order to protect Ugandans.

Brig. Mugisha made the call yesterday at Samora Machel Special Forces School in Kaweweta, Nakaseke District during the passing out ceremony of SFC soldiers. The speech was delivered on his behalf by the SFC Director of Training, Col. John Bosco Asinguza.

The training covered a wide range of topics that included counter terrorism, skills at arms and martial arts.

Brig. Mugisha said, “Give maximum respect to Ugandans because they are our bosses. Do not oppress them, bark or maim them. When you are faced by terrorists you should answer fire with fire. Put your training into practice and protect Ugandans.”

He added that a soldier without training is like a fish without water, before congratulating the officers upon the completion of their training. He urged them to always be alert and constantly disciplined. He reminded them to avoid the vice of bad groups, drugs and alcoholism.

The Commander further cautioned the soldiers against recklessness that may expose them to infections such as HIV/ AIDS. He also thanked the instructors for the good job done in training the officers. 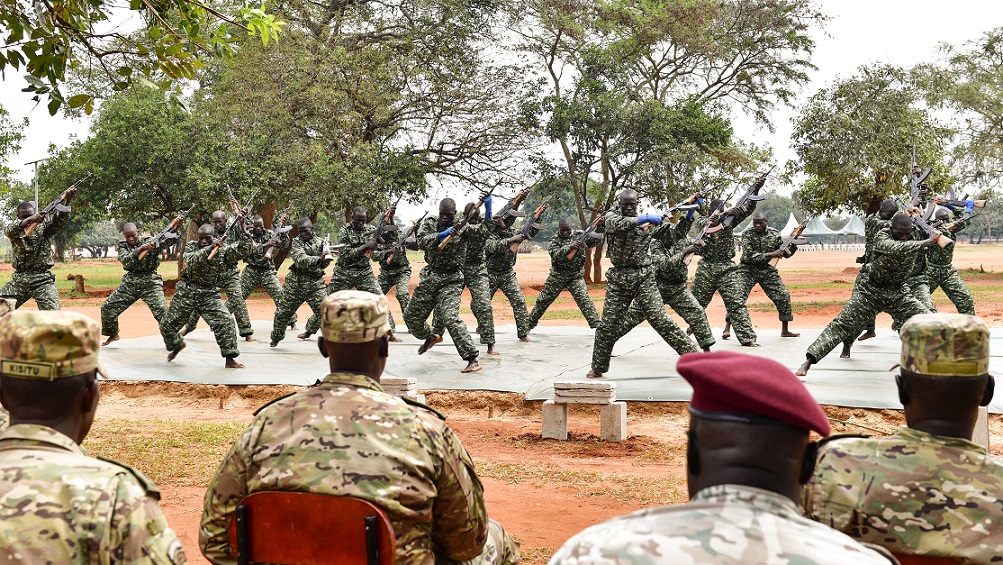 The Deputy Director of Training, Lt. Col. Joseph Bahikyire was pleased to observe that the trainees were given a task which they have successfully delivered.

The Commandant of Samora Machel Special Forces School, Major George Ruhinda thanked the SFC leadership for all the support it has rendered during the course. He urged the soldiers to take care of their lives as they strive to serve the country.

The post “Put your training to practice and protect Ugandans” – SFC Commander to soldiers appeared first on Watchdog Uganda.