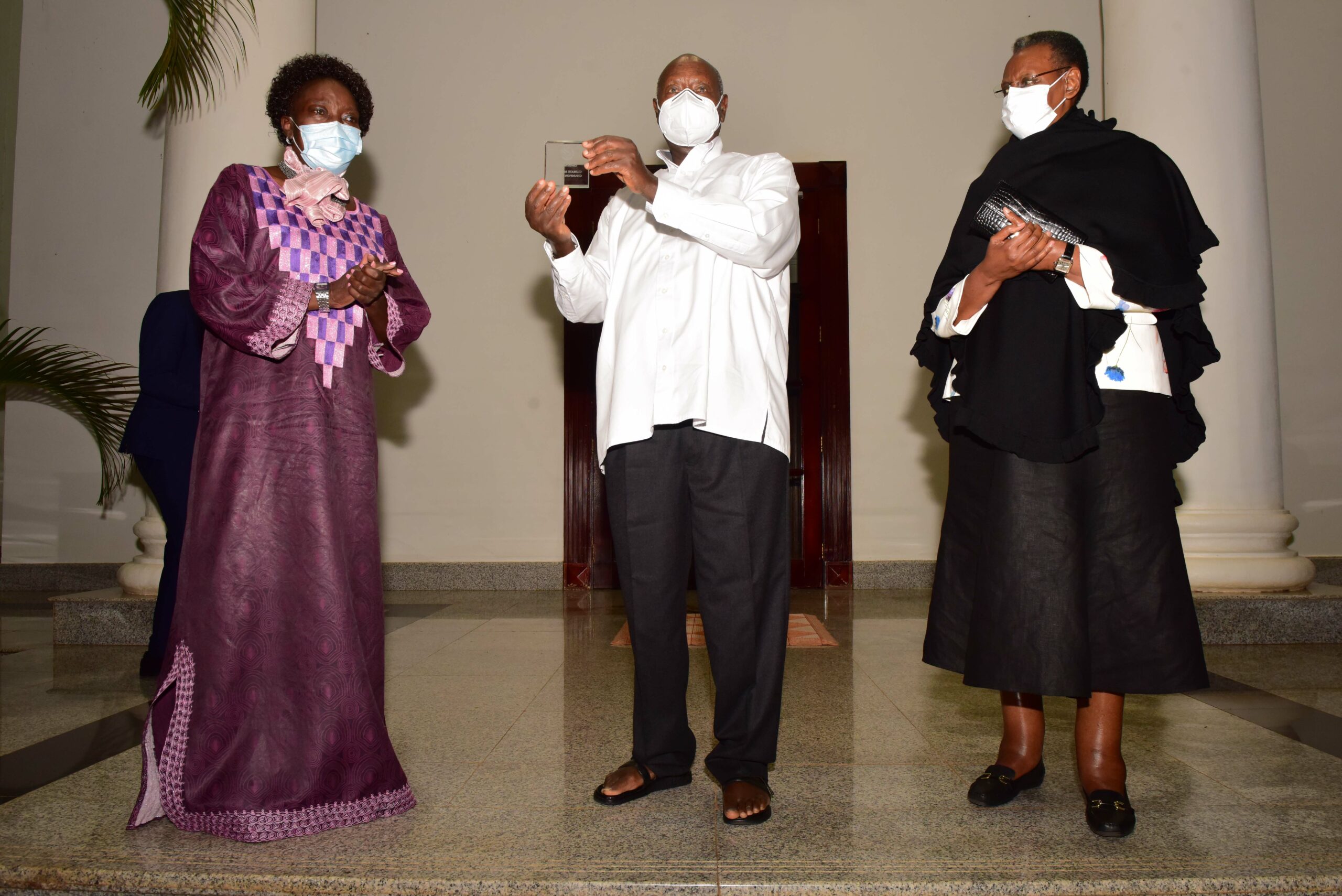 President Yoweri Kaguta Museveni yesterday Monday January 9, 2023, received his award for outstanding leadership and commitment towards the protection and conservation of the environment.

The President was in November last year awarded with the Climate Mobility Champion Leader Award at the two-week long climate change convention that took place in Sharm El-Sheikh in Egypt.

The First Deputy Prime Minister and Minister for East African Affairs, Hon. Rebecca Kadaga who received the award on behalf of the President, delivered it to him yesterday evening at State House, Entebbe.

The President was in company of the First Lady Janet Museveni.

President Museveni has on several occasions issued statements and warned the public against destroying the environment for human activity and called upon Ugandans to focus on fighting environmental degradation which is a big danger to human existence.

He wants communities living around rivers and lakes to leave protection zones of 100 metres and 200 metres, respectively, in order to protect the integrity of the fragile ecosystems.

Rt. Hon. Kadaga, who led Uganda’s delegation at the COP27 meeting which was the 27th conference of parties under the United Nations Framework Convention on Climate Change, described the recognition as “A big honour and motivation for Uganda to continue on the issues of climate change”.

Uganda was awarded alongside Botswana and Niger in the same category.

At the same conference, Uganda was also recognised for its progressive open-door refugee policy, making it the largest refugee-hosting country in Africa, with over 1.5 million refugees, most of them from South Sudan, the Democratic Republic of the Congo (DRC), Burundi and Somalia.

In addition to hosting more refugees， Uganda allows refugees the right to work and significant freedom of movement.
Uganda is also one of the top five refugee hosting countries in the world.