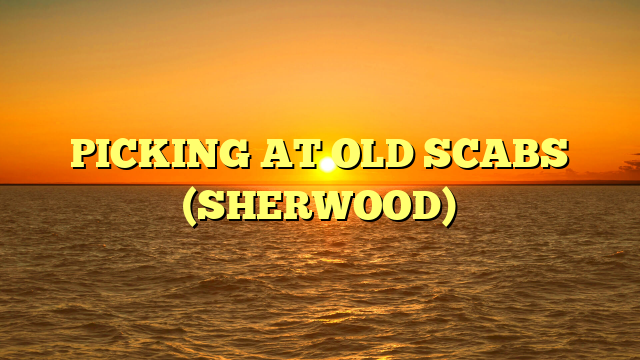 If you were to single out one moment of Margaret Thatcher’s tenure as British Prime Minister that had lasting consequences for her country, surely it would be the Miners Strike of 1984 and 1985?

A Conservative Government still smarting from the role of the National Union of Mineworkers (NUM) in the collapse of the Ted Heath government in 1974 sought to break the hold of the trade unions 10 years later.
After a bitter year long dispute which saw flying pickets, violent confrontations with the police and a trade union split during a dispute over the closure of collieries, Arthur Scargill’s striking miners were defeated.
Many strikers ended up with criminal records as pits were subsequently closed and communities were devastated. 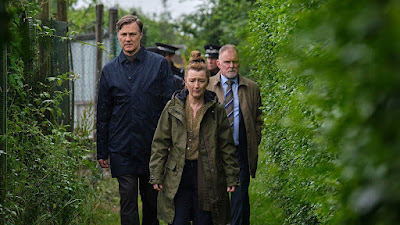 In the decades that followed, many towns and villages struggled to recover as they succumbed to long term unemployment and deprivation.
Tensions between those who stayed out on strike and those who crossed the picket line lingered, while the deployment of Metropolitan Police officers to break the strike left long lasting resentment towards the police.
All of these elements feature in BBC1’s ‘Sherwood,’ James Graham’s gripping six part modern day thriller about divisions in a former mining town.
Set in Nottinghamshire which was the epicentre of the Miners Strike, ‘Sherwood’ isn’t just inspired by the legacy of the industrial dispute but by two murders which also occurred 20 years later. 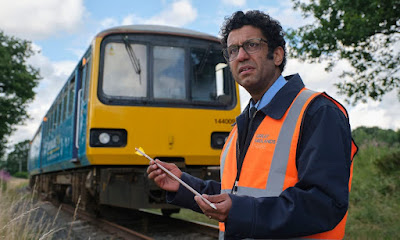 In 2004, Nottinghamshire was rocked by a police manhunt sparked by two separate killings.
Both assailants fled to the same woods.
Former miner Keith ‘Froggy’ Frogson, who Graham has dedicated ‘Sherwood’ to and who played an active role in the 1984-85 strike, was murdered on his doorstep in Annesley Woodhouse by Robert Boyer in July 2004 with a crossbow and Samurai sword.
Around the same time, Terry Rogers also murdered his daughter, Chanel Taylor. 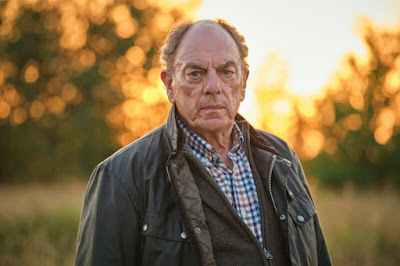 The murders occurred within two weeks of each other and both suspects were eventually apprehended.
‘Sherwood’ begins with Alun Armstrong’s fervent NUM activist Gary Jackson playing football in the street with his grandson.
Gary hasn’t put the past behind him and years later he isn’t reserved about calling his neighbours “scabs” in the street or in the local pub for crossing the picket line or joining the rival Union of Democratic Miners.
His wife, Lesley Manville’s Julie hasn’t really spoken to her sister, Claire Rushbrook’s Cathy Rowley and her husband, Kevin Doyle’s Fred because of his decision to break from the strike – even though they live within touching distance of their home. 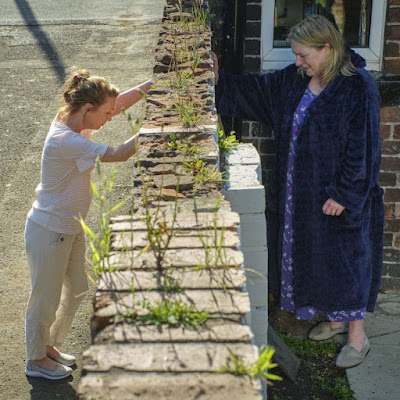 Such is the rift between them that Gary burns rubbish in a bin, knowing the smoke will drift into his in-laws’ house and that it will cause breathing difficulties for Fred.
Gary frequently clashes too with Sean Gilder’s Dean Simmons who at one point snaps in the local club, throwing a snooker ball at him.
The same night of that incident, Gary sets off for home after a few pints but is attacked by a mystery assailant.
He is found the next morning on the street with an arrow in his chest. 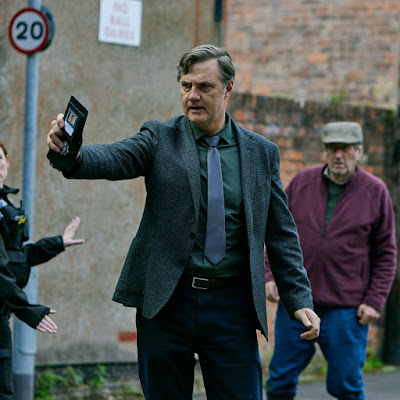 David Morrissey’s DCS Ian St Clair is assigned to the murder investigation along with Terence Maynard’s DS Cleaver and Andrea Lowe’s DI Taylor.
Hailing from the mining town, it is thought St Clair may be best placed to unearth what might have prompted the attack.
Ian also attended along with his wife Clare Holman’s Helen St Clair prior to the murder the wedding of local Conservative councillor, Diane Froggatt’s Sarah Vincent and Bally Gill’s Neel Fisher.
Gary and Julie also attended the wedding reception. 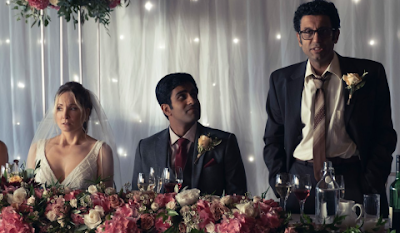 During the event, DCS St Clair witnesses Gary engaging Neel’s mild mannered father Andy, a local Labour councillor and train driver played by Adeel Akhtar, in conversation at the bar before clashing with Dean.
Panic starts to mount in Sherwood as a train Andy is driving is attacked with a bow and arrow.
After a local solicitor, Ace Bhatti’s Vinay Chakarabarti is targeted, a peacock on a country estate is killed and golfers come under attack, the finger of suspicion starts to point at Fred Rowley’s son from a previous marriage, Adam Hugill’s Scott.
Scott skipped sentencing for benefits fraud but has withdrawn thousands of pounds in cash savings before going to ground. 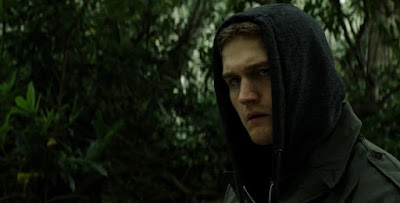 A lockup he uses to hide out is discovered with the words “You’re All Liars” scrawled on it.
Scott also practised archery on the farm of Philip Jackson and Lorraine Ashbourne’s Daphne and Mickey Sparrow – a dodgy local drug dealing family whose eldest son, Perry Fitzpatrick’s Rory also fraternised with Scott.
Believing, though, that Scott might have been looking into a theory that the UK Home Office placed undercover Metropolitan Police cops in mining communities to gather intelligence during the strike, DCS St Clair engages the police in London and is sent Robert Glenister’s DI Kevin Salisbury.
However he and Salisbury have history, relating to the London police officer’s deployment in Sherwood during the strike and his relationship with a local woman, Nadine Marshall’s Jenny Harris who is now a headmistress and is married to his friend, Don Gilet’s Jacob. 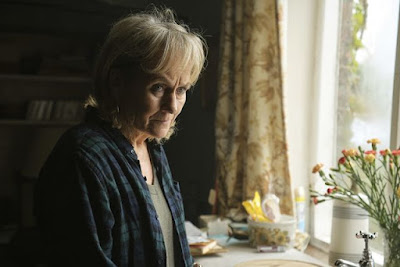 As St Clair and Salisbury dig deeper into the case, they begin to entertain the theory that a spy cop settled in the local community and that Scott may be about to unmask that person.
When Sarah Vincent is found dead in her kitchen after being hit with a shovel, the police are thrown because it doesn’t follow the pattern of the previous attacks.
A manhunt is sparked, resulting in Metropolitan Police officers returning to the local community – a move that St Clair fears may reopen old wounds about their involvement in the strike.
Will the police be able to stop Scott Rowley from going on a murder spree? 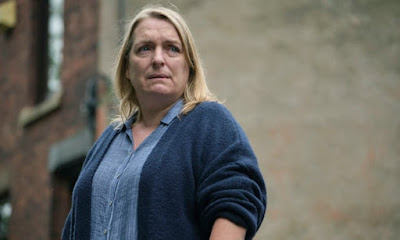 Will the killer of Sarah Vincent be caught?
Will St Clair and Salisbury unmask the spy cop still living in Sherwood before Scott does?
Over the course of six episodes, writer James Graham skilfully weaves a gripping tale which picks at old scabs left by the miners strike.
‘Sherwood’ is a smart political thriller set in a divided community still wrestling with the trauma of the violence that erupted during the strike, the intimidation and decades of resentment. 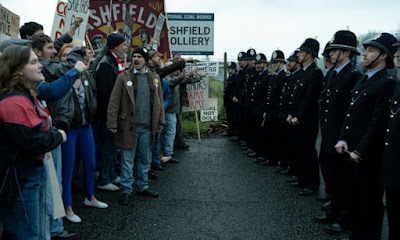 It also tackles real life spy cop allegations about political policing which have raised questions about the actions of undercover officers not just during the strike but in targeting opponents of the Thatcher Government.
Under the assured direction of Lewis Arnold and Ben A Williams, Graham’s crime drama has drawn an accomplished cast who relish sinking their teeth into a strong script.
Morrissey and Glenister are on top form as DCS St Clair and DI Salisbury – the former wrestling his own demons from the strike and barely concealing his contempt for the latter who is reluctantly back in Sherwood but is trying to make amends for past mistakes.
Manville and Rushbrook are as compelling as ever as sisters trying to piece together a broken family in the face of a terrible tragedy. 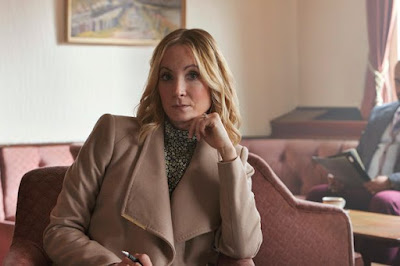 Akhtar is once again excellent as Andy, a slightly autistic man who is easily overwhelmed by the situations he finds himself in.
Froggatt is wonderfully abrasive as Sarah, gloating at one meeting that the local community have at long last in Brexit Britain seen through Labour, with her beloved Tories beginning to prosper in the Red Wall.
Armstrong too is fantastic as the first victim Gary Jackson, an old school trade unionist whose sharp tongue and inability to forgive miners who broke the strike gets him into trouble.
Jackson, Ashbourne and Fitzpatrick revel in their roles as a family of ne’er-do-wells, while a romance between the youngest member of the Sparrow family, Bill Jones’ Ronan and Gary’s granddaughter, Safia Oakley-Green’s Cinderella Jackson is sensitively handled. 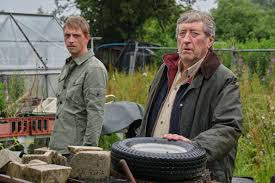 Kevin Doyle also impresses as Fred Rowley, while Adam Hugill provides the right air of mystery as his son, with audiences trying to figure out if the police are right about Scott’s motivations.
In fact, the bulk of the cast do a superb job from Marshall, Gill, Bhatti, Holman, Gilet, Gilder, Maynard, Lowe to Phaldut Sharma as the Chief Constable, Kwame Bentill as a striking miner Jonathan Ryan and Charles Dale as another Sherwood resident and ally of Gary’s, Leonard Gibson who regularly clashes with Dean Simmons.
The one exception is Pip Torrens who delivers a rather stiff, shouty performance as the Metropolitan Police Commissioner Charles Dawes.
Some famous faces pop up and are effective in minor roles like Stephen Tompkinson as a NUM activist who attends Gary’s memorial and Mark Addy as Ian St Clair’s striking miner father. 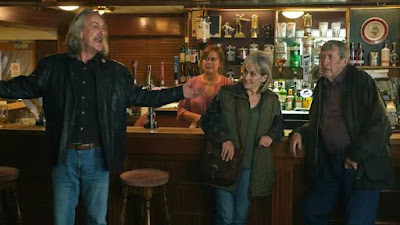 Sunetra Sarker has an all too brief cameo at a civic reception where she plays Nottingham’s Sheriff.
Lindsay Duncan, though, turns in a superb cameo as a Garth Pierce style solicitor investigating the spy cop allegations.
Credit should be given as well to George Howard, Tom Glenister, Leah Walker, Sally Mesham, Jonathan Readwin and Poppy Gilbert for their portrayals of the younger versions of DCS St Clair, DCI Salisbury, Jenny, Cathy, Gary and Julie.
In the flashback sequences to the miners strike, Lucy Carless and Jake Davies are particularly good as undercover spy cops embedded in Sherwood. 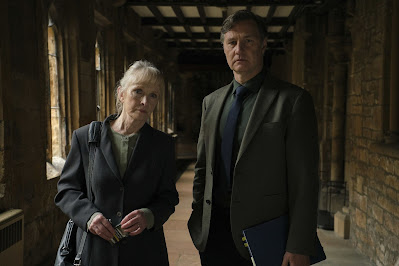 Narratively ambitious and mostly disciplined, ‘Sherwood’ feels like what might happen if you fused ‘Broadchurch’ with the Hillsborough inspired episode of Jimmy McGovern’s ITV series ‘Cracker’.
As a thriller, it is undoubtedly tense but it bubbles with the same anger, regret and sorrow and repudiation of violence that McGovern’s drama with Robbie Coltrane and Robert Carlyle had.
Not everything in ‘Sherwood’ is perfect.
There are one or two incidences – like the death of a striking miner in a fire or a conversation over a wall between Julie and Cathy – that just seem a bit too coincidental or neat. 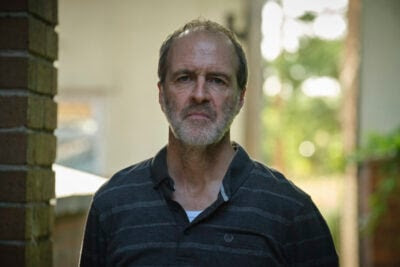 However these are minor blips in an otherwise impressive drama.
Thirty eight years on from the miners strike and there has yet to be a drama that solely tackles what it was like to live through.
‘Sherwood’ is unquestionably the closest the BBC or any other broadcaster has come to tackling what the strike was really like.
It does a great job, though, examining its lasting legacy and for that we should applaud James Graham.
Hopefully the show will pave the way for further explorations of a seminal moment in British politics and for the English, Welsh and Scottish mining communities impacted by it.
(‘Sherwood’ was broadcast on BBC1 from June 13-28, 2022)