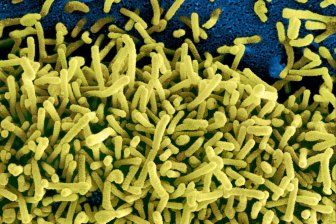 Colourful flags will again fly during the Pride Parade in the streets of Saint John. It’s part of a revamped event schedule put on by Saint John Pride.

“I think we’ve covered a lot of the community, which I’m really proud and excited about. And it’s great because it feels like it was a team effort. It wasn’t just one voice dominating the conversation,” Saint John Pride treasurer, Simon Paulin, said in an interview with Global News.

On Tuesday, flag-raising events will be held at HMCS Brunswicker and Saint John City Hall, marking the start of Saint John Pride. The Pride Parade is scheduled for Aug. 6.

“The parade shows the growth in the community as well, because we’re now having organizations contributing to the parade and showing their support.”

Paulin noted that this year Pride will include Francophone events, something it has lacked in years past.

“Every year that I’ve been to Pride, I’ve never felt included because of that, because I am a francophone at heart. So by being excluded in the past, I wanted something to change, so I brought some francophone events.”

Pride festivities reviving province-wide, starting with celebrations in the Chaleur Region, and then Saint John Pride events in the coming days.

A Pride Festival in Fredericton is slated to open on Aug. 13. Pride Events in the City of Moncton, organized by the River of Pride, begin on Aug. 19.

Visibility for the Pride community has been troublesome in the last two years due to pared down celebrations because of COVID-19.

“So, having these events will definitely help people feel like they are accepted somewhere and that someone’s looking out for them,” Paulin remarked.

“It’s really sad, but some of our youth still don’t feel accepted at home and don’t have that support system. So finally having Pride happening again shows them, no, you’re not alone, we’re here for you. We accept you, we love you.”

When asked about who is welcome to take part in events, Paulin noted they strive to be an inclusive group.