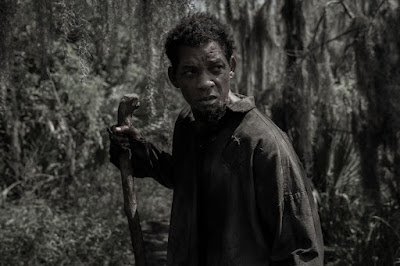 In normal circumstances, Antoine Fuqua’s slavery drama ‘Emancipation’ would expect to be figuring in a lot of Oscar conversations right now.

However the circumstances surrounding its release on Apple TV+ are far from normal.
‘Emancipation’ is the first test of Will Smith’s popularity in the wake of his very public meltdown at the Oscars.
On what should have been the greatest night of his career, he disgraced himself at the Academy Awards in March in a manner that is still hard to comprehend.

© Apple TV+
Footage of him striking the comedian Chris Rock on the Oscars stage just minutes after laughing at his jokes still shocks even after all these months.
And the audio of him subsequently haranguing Rock prior to winning Best Actor remains tough to listen to.
It has meant Smith in the run up to the release of Fuqua’s movie has had to devote a lot of time to trying to limit any possible damage from his actions to the film’s awards season hopes.
Appearing recently on Comedy Central’s ‘The Daily Show with Trevor Noah,’ he voiced his concern that the stain from his actions might undermine his colleagues’ chances. 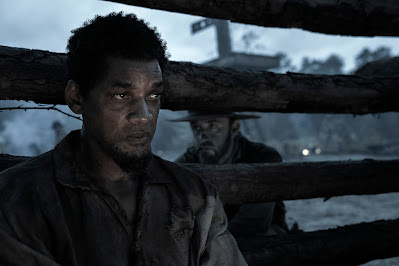 © Apple TV+
He has certainly worked hard to limit any damage to the film but is anyone listening?
‘Emancipation’ is based on the story of Gordon/”Whipped Peter”, a slave whose scarred back was famously photographed in 1863 and used to illustrate the terrible cruelty that African American slaves were subjected to.
Smith plays Peter, a Haitian slave who at the start of the film is seen gently bathing his wife, Charmaine Bingwa’s Dodienne’s foot in the presence of their children and talking about God.
Ripped away from his family and sold to Confederate troops to build a rail track to help the Civil War effort, he initially resists being separated from his wife and children and vows to return. 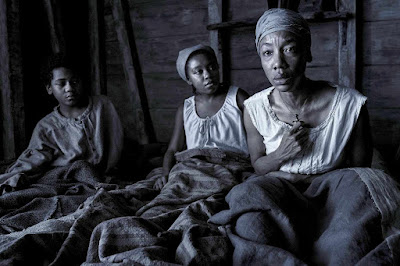 © Apple TV+
Peter is taken to what looks like a concentration camp, with a host of African American men either chained or forced to engage in manual labour.
Some keel over and die from exhaustion while others who have tried to escape the camp have had their heads mounted on pikes as a warning to others contemplating running away.
Overhearing one of his captors, Steven Ogg’s Sergeant Howard tell a colleague that Abraham Lincoln has declared escaped slaves free, he resolves to get to the Federal Army lines in Baton Rouge and return to his family.
However Peter also knows the price of getting caught, watching Ben Foster’s ruthless tracker Fassel brand one escapee on the cheek. 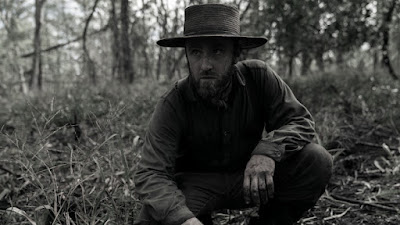 © Apple TV+
While in captivity, Peter catches the eye of Fassel too who goads him by calling him his dog and making him face a snarling hound.
One day when a fellow slave collapses and dies, Peter is ordered to drop his workload and drag the body to a mass grave.
Sensing an opportunity to escape, he attacks the Confederate soldiers overseeing the mass burial site and goes on the run with three other escapees from the camp.
Fassel, two colleagues and their hounds pursue the fugitives though the forest and swamplands, eager to understand where they are bound for. 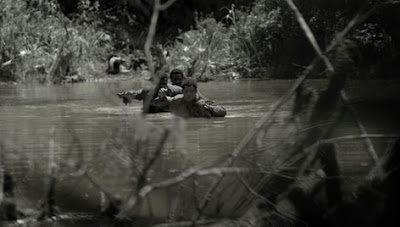 © Apple TV+
Going their separate ways to confuse the dogs, Peter perilously picks his way through the forest and the swamps, risking not only being caught by Fassel but being attacked by aligators.
Fassel is dogged, though, in his pursuit of Peter but can the escapee keep two steps ahead of him and make it to Baton Rouge?
Shot in monochrome black and white on a $120 million budget by cinematographer Robert Richardson, the first film that comes to mind when watching Fuqua’s film is Steven Spielberg’s ‘Schindler’s List’.
But ‘Emancipation’ toys with that notion, it never quite sees it through. 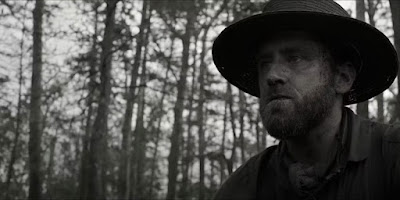 © Apple TV+
That’s because Fuqua’s film is interested in being more than just a history lesson.
It is also an action film and an endurance test – part ‘Last of the Mohicans,’ part ‘Apocalypse Now‘ and part ‘The Revenant‘.
And while it is undoubtedly thrilling in many sections, you can’t help feeling Fuqua’s mind isn’t quite settled on the type of film he wants.
‘Emancipation’ is certainly his most stylish and visually ambitious movie to date. 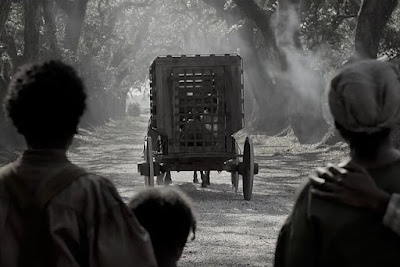 © Apple TV+
Along with Richardson, he oversees some stunning aerial imagery, making great use of the black and white format to experiment with darkness and light.
Smith gives a typically committed performance as Peter, carefully enunciating his Haitian accent and taking great care with its French and African intonations.
The Oscar winner is also well up to the physical demands of Fuqua’s film.
Although you can’t quite shake off the impression throughout the movie that he is well aware that this is a role that should attract serious Best Actor Oscar buzz. 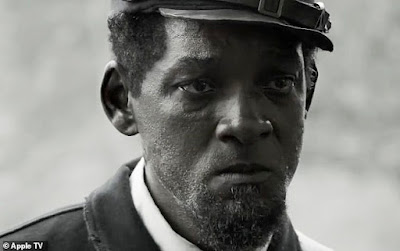 © Apple TV+
Is it really up there, though, with Leonardo Di Caprio’s gruelling performance as the frontiersman Hugh Glass in ‘The Revenant’?
Not quite but it is a strong performance nonetheless.
Foster is good value too as the main villain, doing an effective job in conveying Fassel’s callousness physically and emotionally.
However any hopes that he might achieve the same levels of complexity and contradiction that Ralph Fiennes tapped into as the Nazi commander Amon Goeth in ‘Schindler’s List’ are never realised because Fuqua and his screenwriter William N Collage are simply not willing to go there. 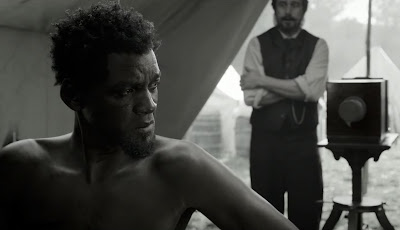 © Apple TV+
The supporting cast, including Bingwa, provide sturdy performances.
And while David Denman and Timothy Hutton make brief cameo appearances, it is clear that this is very much a star vehicle for Smith to demonstrate his acting chops and prove once more his action hero credentials.
A scene recreating the Whipped Peter photograph is rather clunkily shoehorned into the story.
However a sequence in the final act featuring Peter on the battlefield fighting for Lincoln’s troops is muddy, bloody and impressively choreographed. 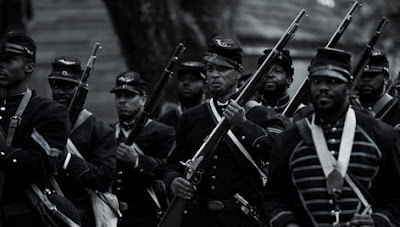 © Apple TV+
Fuqua and Collage flag up racism on the Union side but again an opportunity to really explore this in greater depth is shunned.
And there’s the rub.
As watchable as ‘Emancipation’ undoubtedly is, you wish Fuqua would be a bit braver and go a bit deeper into the psyche of his characters and understand the world they inhabit.
Oddly for a film set within a well known historical context, it only wants to explore that history up to a certain point. 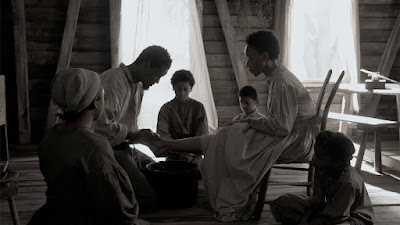 © Apple TV+
‘Twelve Years A Slave,’ it ain’t.
‘Emancipation’ is in fact more like a much more arty ‘Rambo,’ cloaked in the milieu of a slavery drama.
And while that is okay, you just wish there were a whole lot more going on.
(‘Emancipation’ was made available for streaming on Apple TV+ on December 2, 2022)