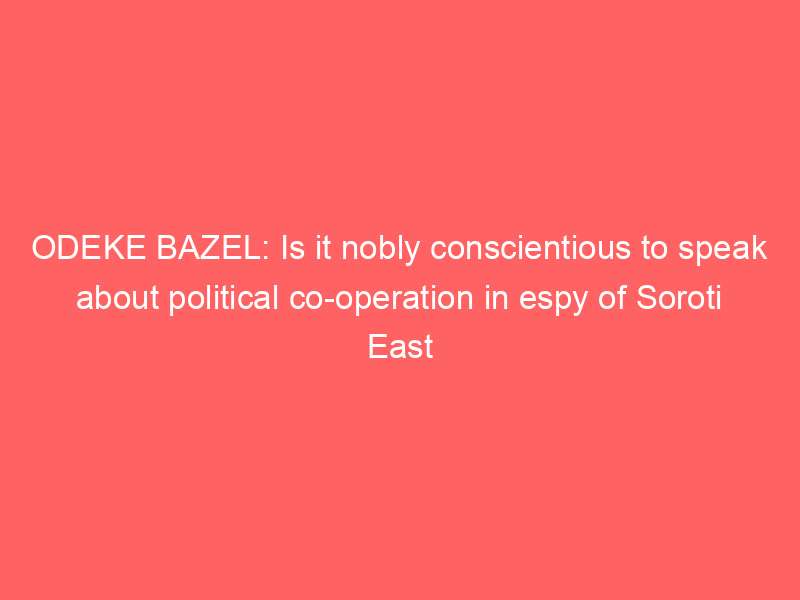 This week, Soroti East joined the long queue of constituencies whose constitutional rights to have free and fair elections were violated, arm twisted in broad daylight in favor of the regime.

In relation to multiparty system, it’s absolutely right to go amass public relevance and representation in all political stade as a means of gaining dominance and pertinence which I believe any Party would do willingly.

However, questions worthy asking are; how are such activities and processes administrated? How are legalities followed without compromising any?

In light of Soroti East, one would really ask whether principles of democracy were embedded in quest for votes? Whether the interests and the rights of the people were considered? Whether those in positions of executing the electoral process followed their ethical principles and conduct? Or whether by-elections are a win or win condition for the ruling party?

What is the essence of deceitful conversations on reconciliation and cooperation when people can not decide on who should represent them? When people are arrested beaten for what belongs to them, isn’t that inhuman, selfish and connote lack of moral consciousness.

In nigh to the public political gatherings, NRM is hallowed for it’s “impeccable” achievements and long term stay since 1986, isn’t that enough to be mature and knowledgeable to realize the love people have offered amidst adversities they are faced with. Why struggle for a seat like a party of one year?

Anyway, was Hon Attan Moses supposed to loose Soroti East by-election? Maybe not!, maybe yes!, because it was the mandate of the people to decide peacefully and democratically based on their sense of judgement and the right bestowed on them

However, it becomes outrageous for a person who believes in democracy to accept and contemplate what happened in Soroti East as a free and fair election

In anyway was Soroti East a war zone? Were people of Soroti East attempting to overthrow the government? Was a military general dead? Or the first son was kidnapped? When military and police vehicles traversed the whole place to intimidate, beat and arrest innocent people including agents who had turned up to vote for their candidate

Arguably, If it’s true that we have got democracy in Uganda, why was the Prime Minister Nabbanja battling in Soroti East on polling day at the disbursement of failed government programs that require critical attention, with Karamojongs’ dieing?

Besides, was Hon Andrew Ojok,
Hon Seninde and many other, residents of Soroti East ? Or Seninde had gone to inspect what she did during her tenure of Ministerial position? Or it’s legally right to campaign and dash money on polling day?

It’s morally not nobly conscientious to think we can have cooperation in a government which can not allow a constituency to resort on moral, ethical and legitimate grounds to decide whom to represent them.

A country where top leaders fuel vehicles, spend millions of tax payers money at the expense of escalating prices without genuine interventions to go and campaign for an individual who in an ideal situation was supposed to be voted on portfolio of manifesto, moral efficacy and representativeness

A country where victory in an election is an issue of blood and iron at the stake of impoverished, unemployed, under
payed nationals with dilapidated infrastructure.

A country where the government and the ruling party have downplayed and shifted manifesto to cater for the next election rather than the plights of the people. How then can we negotiate, cooperate and reconcile, when selfish interests are fronted first in the cerebral than the people’s plights.

What happened in Soroti East was neither an election nor coercion, it was day light Robbery. The people of Soroti East faced and witnessed thier victory disappearing to thin air amidst their effort

In such a deceptive country, it’s unfortunate and discomforting to realize that for the past 35+ years, all what you have learned and mastered is how to remain in power even when odds are low, an attempt to harvest grains from the desert.

It’s political mediocrity as a country to matter in things which do not largely matter and matter less in things which matter. Ugandans are not blind, even your own disciples are left wondering whether their master has lost popularity!

The people of Soroti East know whom they voted for, the heavens know it but most importantly you know as well. The Blue colour remains un extinguished in the hearts of the people of Soroti East, the devoted development seekers continue to chant the name “Attan”.You can not win love from a girl by robbing or kidnapping her.

Relatively, you can’t win the people of Soroti East by robbing them, instead you are making them stronger and more stronger and they will be

The author is a member of Forum For Democratic Change, One Uganda One People.

The post ODEKE BAZEL: Is it nobly conscientious to speak about political co-operation in espy of Soroti East by-election scandal? appeared first on Watchdog Uganda.