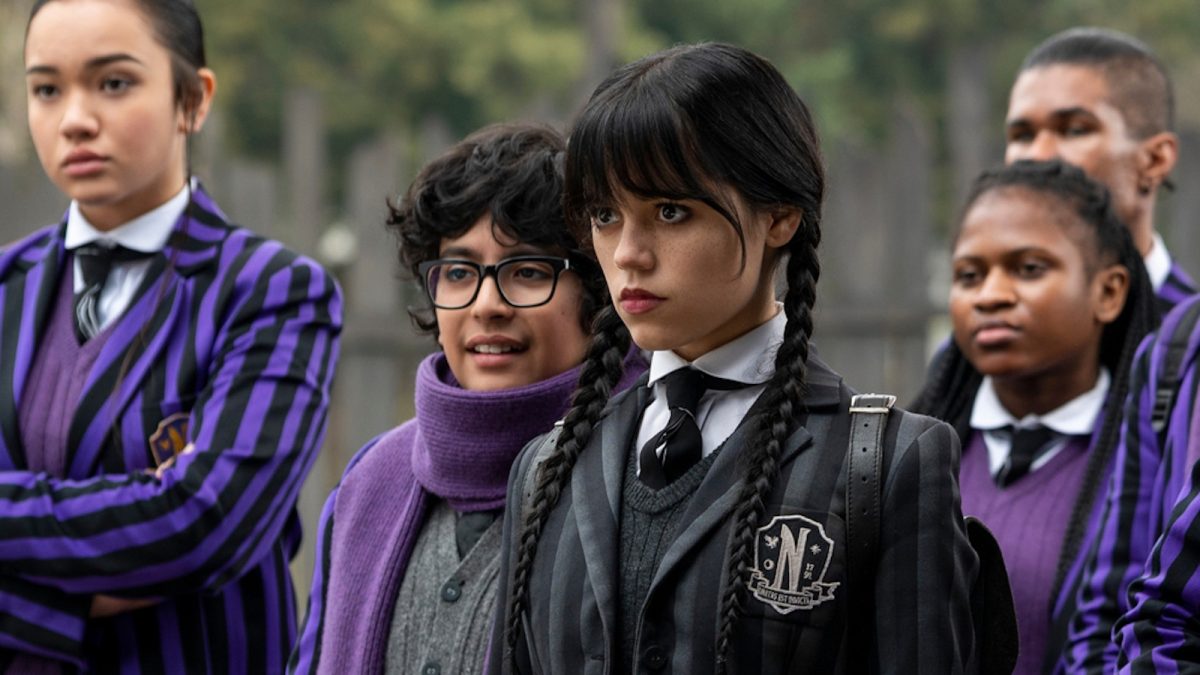 Wednesday‘s second season will be here before we know it, and Netflix is teasing it in the most enticing way — a behind-the-scenes video. Earlier today, the streamer shared one of the lead actresses performing stunts for the show via Twitter.

The impressive clip shows Wednesday‘s Emma Myers rehearsing the spectacular stunts with barely any aid from the surrounding crew. The actress, who plays werewolf and fellow student Enid Sinclair at Nevermore Academy, is shown doing cartwheels in the air, a handspring using only one arm, and handsprings on a vault.