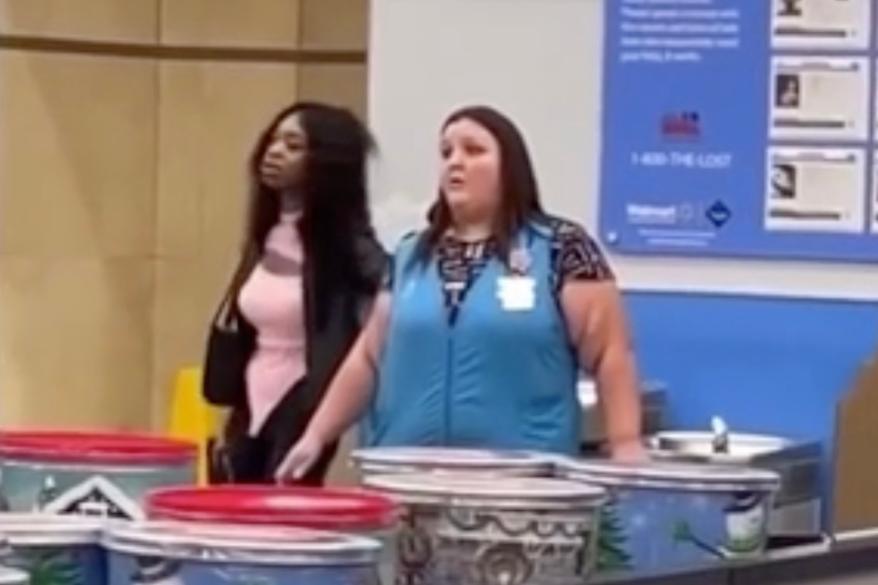 Mississippi police shot and killed a woman who was holding a Walmart worker hostage in a tense caught-on-camera ordeal Wednesday.

Corlunda McGinister, 21, was fatally shot by officers inside of the mega store’s Richland location after bizarrely pleading to speak with a news anchor while she held onto the petrified worker, according to authorities and footage of the incident.

Richland police reported on social media Wednesday there was an “incident at Walmart involving a weapon” around 5:45 p.m., and then hours later issued another report that there was an “officer-involved shooting” inside the chain store.

Footage circulating online showed a woman, who appeared to be holding a gun, make a specific demand.

“Hey, give me a news anchor down here right now,” the woman said as she appeared to have the gun in one hand while using her other hand to hold onto the hostage.

“I need help, I need help,” she said, according to the footage. “Give me a news anchor down here.”

The woman also said she has no intention of hurting anybody. She resisted calls to let the woman go during the frightening episode, according to the video.

“I’m not trying to hurt anybody,” the woman said. “Give me a news anchor.”

Footage also showed police officers repeatedly demanding that she drop her gun as she continued to insist for a news anchor.

“It’s devastating for all parties involved — the officers, everybody that was involved in this situation,” McLendon said.

He said no one else was injured in the shooting.

The Mississippi Bureau of Investigation is conducting an independent probe into the shooting.

The Walmart was reopened Thursday, according to WLBT.

Law enforcement was stationed inside and outside the Walmart to make shoppers feel safe, the news station reported.