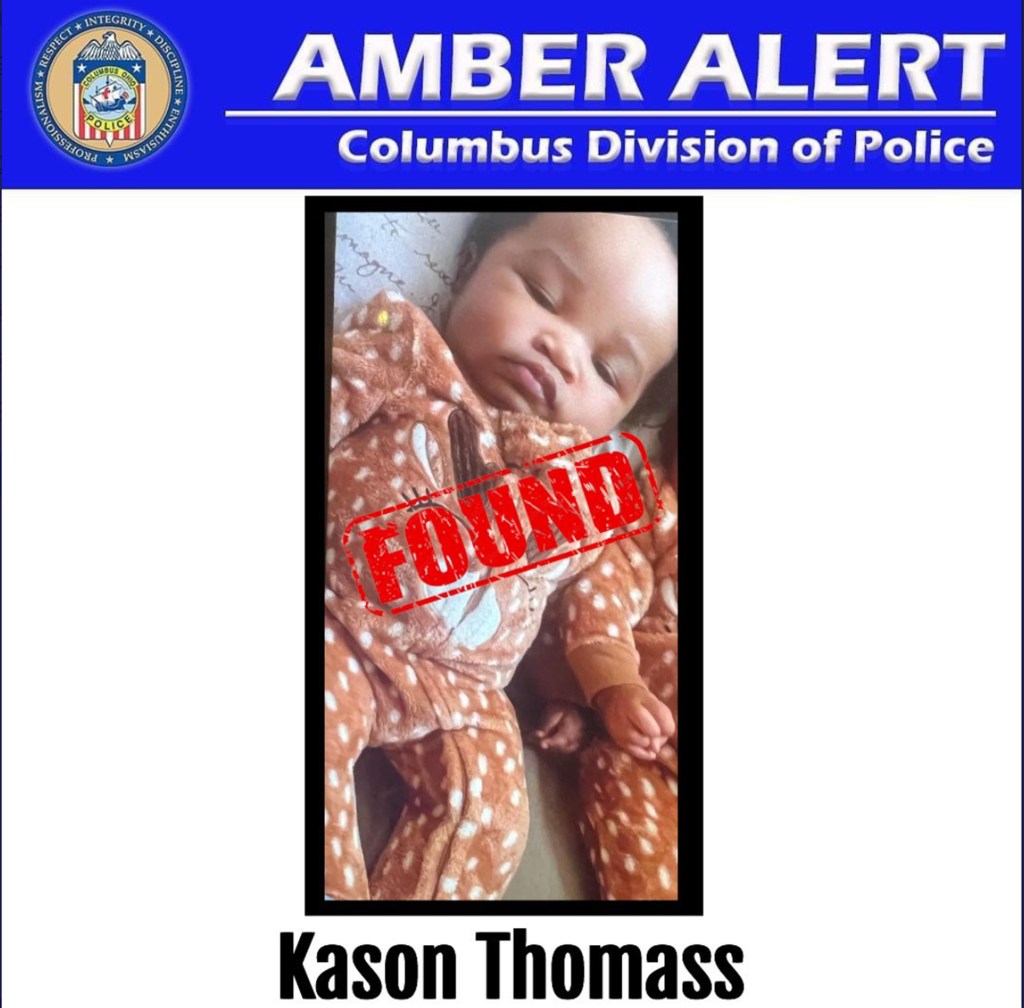 The Ohio infant who was kidnapped along with his twin brother earlier this week was found safe Thursday — two days after his sibling was located unscathed, authorities said.

Five-month-old Kason Thomass was discovered in Indianapolis near a Papa John’s pizza shop inside the same stolen black Honda Accord he and his brother were abducted in, Columbus, Ohio police said.

Kason’s twin, Kyair Thomass, was found early Tuesday morning near the Dayton International Airport hours after the search for the two babies began.

The frantic search for the boys began when Jackson allegedly abducted them after their mother ran into a Columbus restaurant to pick up a DoorDash delivery order, police said.

The car engine was left running and was unlocked, according to WBNS. Jackson was inside the restaurant but allegedly slipped out a side door when the twins’ mother Wilhelmina walked in.

Jackson was charged with two counts of kidnapping Wednesday.

“I just miss my baby. I miss them being together and their smiles,” the twins’ mother told ABC 6 Tuesday night. “I can tell [Kyair] misses his brother.”

Columbus police thanked the public for their endless help during the search for both boys.

“We are grateful to the public for their help throughout this investigation, and for the tireless work of our officers and our many partner agencies,” authorities said Thursday.

“They never stopped, never gave up hope, and would not rest until Kason was found. We are beyond thankful for their relentless dedication.”