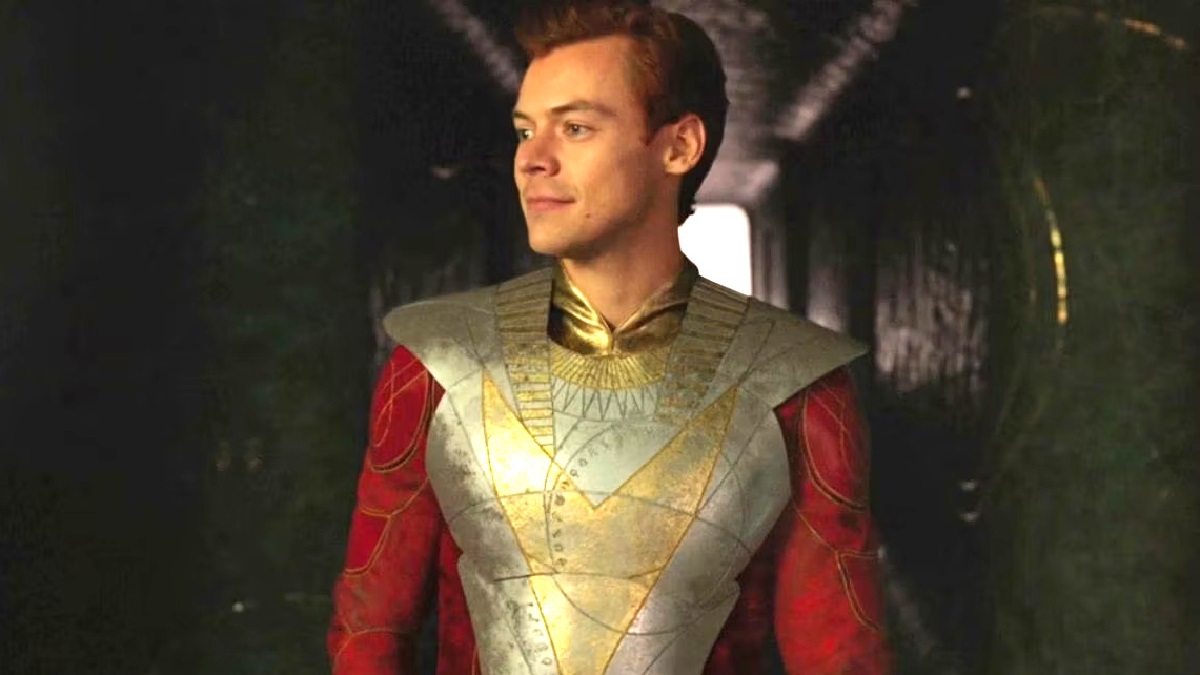 Eternals might just go down in history as the sorest spot in the Marvel Cinematic Universe‘s otherwise highly regarded library; despite some breathtaking cinematography from Academy Award-winning director Chloé Zhao, the many new pieces introduced proved to be a bit too much to handle in the context of a single film, and it ultimately fell short with critics and fans alike.

One of those characters, who didn’t contribute to the film’s density, was Starfox. The brother of Thanos and apparent new ally to the Eternals appeared in the film’s mid-credits scene, played by none other than Harry Styles.