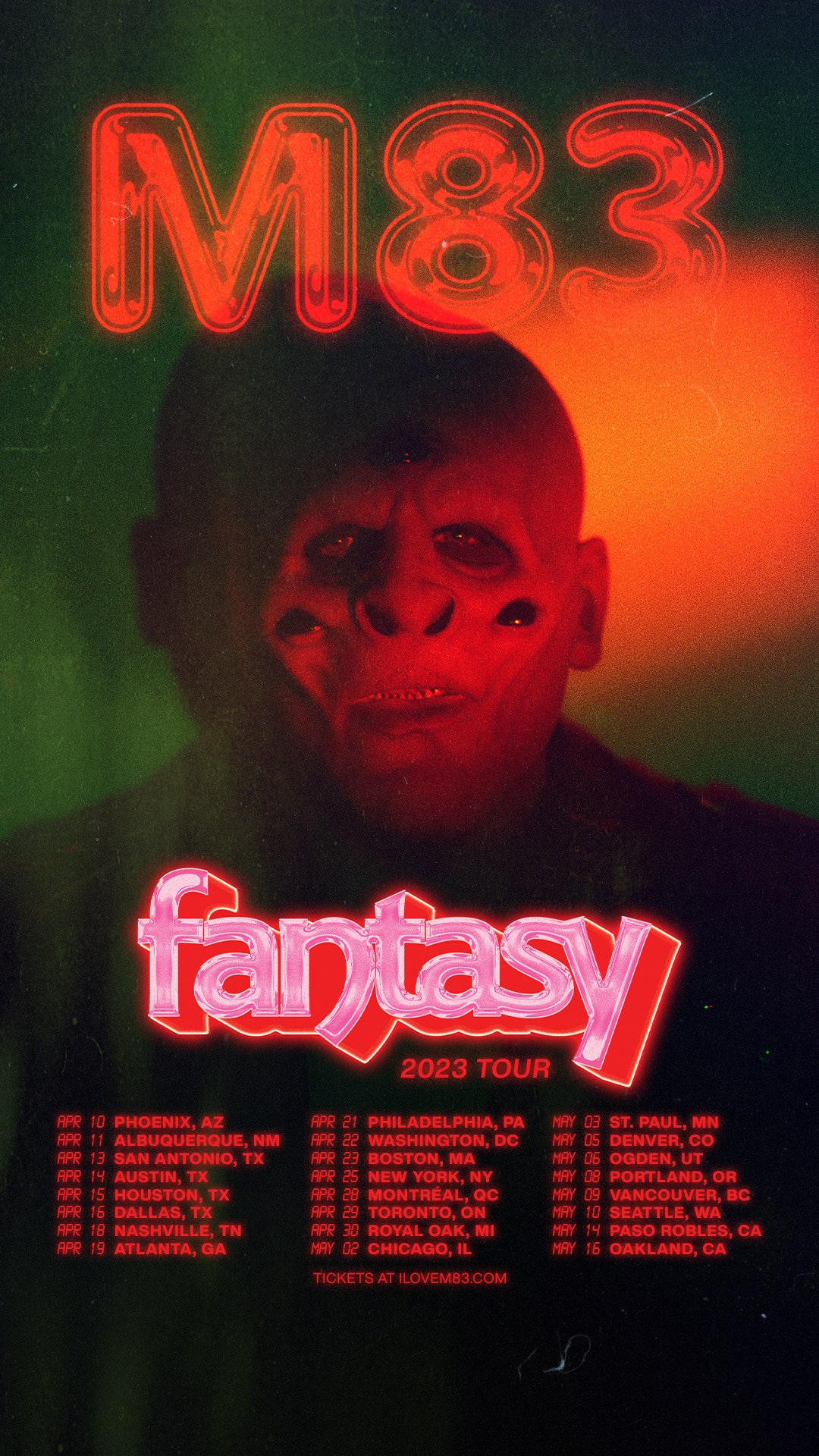 M83 has announced a new album and a tour: Fantasy is due out March 17 via Mute. To celebrate the news, bandleader Anthony Gonzalez has shared the lead single, “Oceans Niagara,” along with a music video directed by his brother, Yann Gonzalez. Check it out below.

“I wanted to create this sense of friendship,” Anthony Gonzalez said of the single. “Listening to that song, I imagine people running, driving fast, or riding spaceships together. It’s this sense of going forward, like a magic potion that you take to discover new worlds.”

Fantasy is M83’s ninth studio album, following the LP DSVII and the Knife + Heart soundtrack, both of which were released in 2019. The new album was intended to focus on the interplay of guitars and synths, which Gonzalez imagined as being “closer to the energy” of M83’s 2005 album, Before the Dawn Heals Us.

After Fantasy comes out, M83 will hit the road in support of the new album. The tour will bring the band across North America. It kicks off on April 10 in Phoenix, Arizona, and includes stops in major cities like Austin, Nashville, New York, Toronto, Chicago, and Seattle. On May 16, M83 will wrap up the North American leg in San Francisco. Find the full list of tour dates below.

All products featured on Pitchfork are independently selected by our editors. However, when you buy something through our retail links, we may earn an affiliate commission.