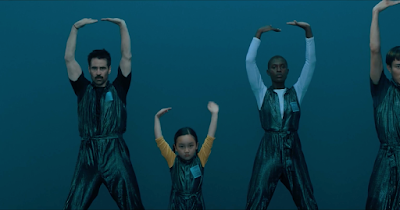 By any reasonable assessment, it’s been one hell of a year for Colin Farrell.

First up was his terrific performance as The Penguin in Matt Reeves’ ‘The Batman’.

Then there was his impressive turn as the amateur diver John Valanthen in Ron Howard’s Thai cave rescue drama ‘Thirteen Lives‘.

And in recent weeks there’s been Oscar nomination buzz at the Venice and Toronto Film Festivals around his  reunion with Brendan Gleeson in Martin McDonagh’s ‘The Banshees of Inisherin‘.

Farrell has made quite a few duff films, it has to be said, during his career.

When Farrell is given the right role, he’s very good indeed and yet his talent has always felt like it’s been taken for granted.

The Dubliner’s latest role is among his best and among his most quirky. 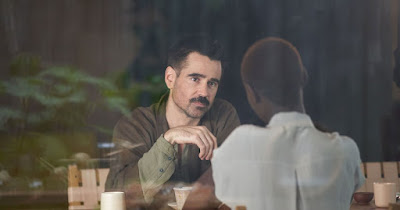 In Korean American director Kogonada’s ‘After Yang,’ he takes on the role of a father wrestling with memories and loss in an unconventional sci-fi drama.

Farrell’s Jake is a tea salesman living in a futuristic society where childless couples turn to technology to fill the void in their lives.

However they have also purchased second hand an android, Justin H Min’s Yang to act as Mika’s much older, protective brother and to enable her to tap into her Chinese roots. 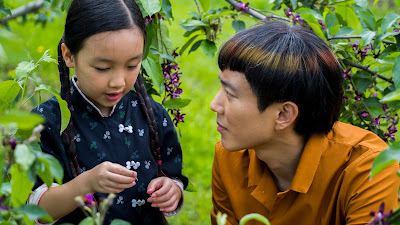 Not only is Yang close to Mika but he joins Jake, Kyra and the little girl in a weekly online dance contest involving thousands of families – some of whom we see in an amusing sequence which is superbly edited by Kogonada.

When Yang malfunctions and switches off, Jake is dispatched to have him fixed.

Warned by a neighbour, Clifton Collins Jr’s George that the store he bought Yang from will try to squeeze money out of him and replace Yang, he ends up going to a underground repair shop run by Ritchie Coster’s Russ who finds a device inside the android.

With Mika and Kyra anxious to have Yang back, Jake is under pressure to get him fixed but as the chances of getting him back start to dwindle, Russ warns the android may start to decompose.

With Russ speculating Yang may have contained a spyware device to harvest information for the corporation Brothers and Sisters that made him, Jake takes the gadget to a museum curator, Sarita Choudhury’s Cleo to see if they can confirm what it is.

Enabling him to trawl through the device, Jake discovers it contains brief video memories generated by Yang.

But the deeper he explores, the more it unearths questions about the family’s android and particularly his bond with a mystery girl, Haley Lu Richardson’s Ada.

Hooked on finding out more about Yang’s connection to Ada, what mysteries will the memory bank raise? 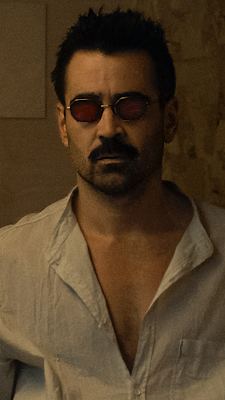 And will Jake be able to reactivate the android, placating Mika?

‘After Yang’ is an unusual sci-fi film.

It is sombre, unhurried and contemplative.

There are no laser battles, no spaceships, no futuristic vehicle chases.

It’s more in the mould of a Philip K Dick sci-fi tale – pondering what it is like to be a human and an android living side by side. 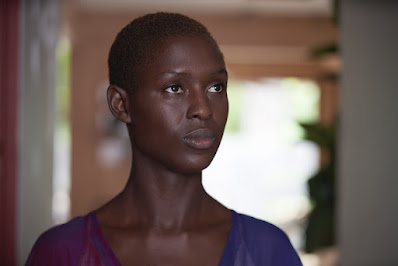 Kogonada weighs up heavy themes around loss, memory, technology and race and while it may not appeal to the ‘Star Wars’ set, it is strangely absorbing – even hypnotic.

A lot of that is down to Farrell’s subtle, underplayed performance as Jake who carries the emotional weight of the film as his character learns more about the family’s android.

A loving father, he wants to give his adotpted daughter her android back.

However the more he explores Yang’s memories, the greater the emotional pull is to the android. 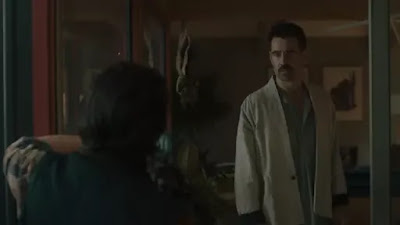 There are shades of Spike Jonze’s ‘Her‘ in there too.

‘After Yang,’ though, delightfully plots its own course – boldly going where few sci-fi films have been before, coming up with a story that is more meditative in tone and style.

Min catches the eye as Yang and gels effectively with Tjandrawidjaja who is unquestionably cute as Mika. 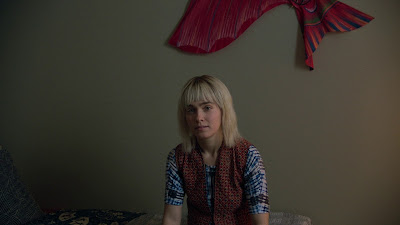 Richardson also delivers the right air of mystery around Ada.

It has to be said, though, that Turner Smith is the one member of the cast who feels poorly served.

A talented actress, she feels wasted in a rather underwritten, perfunctory role as Jake’s wife.

You keep waiting for her to be cut loose. 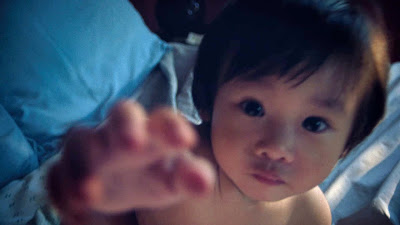 Kogonada’s script, though, refreshingly eschews sci-fi tropes and avoids all the usual cliches about a dystopian society.

While it is not clear how far into the future it is set, ‘After Yang’ portrays a world whose inhabitants of all races live in a society dominated by Asian culture.

Any sense of menace is dialled down.

The future is not to be feared. Human interaction with androids is just a fact of life

Made on a budget of under $20 million, ‘After Yang,’ is rather shrewdly shot by cinematographer Benjamin Loeb who lights his images cleverly and sensitively. 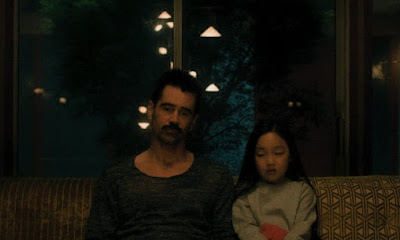 For a film that thrives on its rather meticulously constructed atmosphere, it seems a shame its release in the UK and Ireland is being confined to the small screen on Sky Cinema.

However such is the state of film distribution.

Fans of Kogonada’s work will detect strains of the great Japanese director Yasujiro Ozu in there – particularly in the way characters directly stare into the camera and its introspection.

Ultimately, though, it is Kogonada’s depiction of a world where humans and technology are naturally fused that really hits home. 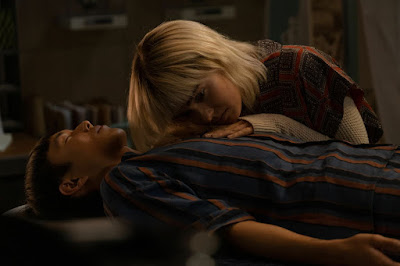 It’s not that hard to conceive the kind of world Kogonada is depicting.

The genius of ‘After Yang’ lies in the way it extends that concept and creates a world where humans feel emotionally attached to technology they use.

That emotional attachment triggers feelings of loss when the tech no longer functions.

While the pacing and lack of an adrenaline rush may not be everyone’s cup of tea, Kogonada has created a challenging sci-fi film that should appeal beyond those interested in Buddhism or Taoism.

Those who revel in its contemplative atmosphere will ruminate for days on the themes of ‘After Yang’.

It is a haunting, intelligent piece of cinema and whets the appetite for more introspective sci-fi.