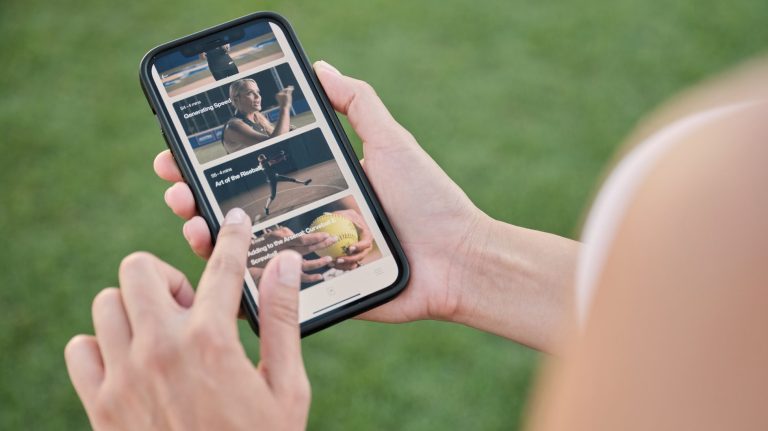 Many of us hold athletes in high regard. The ability to play a sport at the highest level produces a sort of aura around someone and also makes them someone you can learn from. That’s what makes VS such an intriguing platform. VS gives you the ability to interact with some of the most famous athletes in the world and get advice from them in real-time.

VS (pronounced Versus) is an EdTech platform that gives its users and aspiring athletes access to insider information, mentorship, and skill training from pro athletes and coaches. Developed by St. Louis Cardinals manager Oliver “Oli” Marmol, the idea sprouted after a mission trip where Marmol and his wife, Amber, wanted to find a way to give back to a wider group of people. Marmol grew up playing baseball, collegiately and professionally, and he wanted to find a way to share some of the resources that his career gave him access to. VS is the platform that will allow him to help other athletes improve themselves.

VS, which launched today, offers a window into what it’s like to be a pro athlete and, more importantly, what it takes to get there. Boasting an all-star roster of baseball and softball talent, the AI technology lets you pick the brains of some of the game’s brightest minds. Plus, there are video courses that give you in-depth looks at what it takes to be a competitor at the highest level.

VS platform lineup of stars

Imagine being able to ask baseball legend Albert Pujols how to recognize a breaking ball out of a pitcher’s hand or Hall of Famer Ozzie Smith what the trick is to turning a double play quickly. Now, imagine getting a response from them, in their own words, to said question. That’s the kind of technology that the VS platform possesses.

Not only can you talk to Olympic softball pitcher Jennie Finch about how she throws her famous rise ball, but she also answers questions about her pregame routine. VS is trying to change the way young athletes prepare for games and train to be their best. You’ll have access to videos where Finch breaks down proper softball pitching mechanics. With recorded videos and graphic breakdowns, you will be well on your way to understanding more about what made these players and coaches successful.

The current roster available on the VS platform is as follows:

Where VS can go

But that’s not all that will be available. CEO Eric Frye has expanded his sights for the future when it comes to VS.

“We have marketing partnerships with youth organizations that we’re excited about,” said Frye. “I see this as a billion plus dollar enterprise. This is for influence in the sports space.”

Frye, who was approached by Marmol, came in as an investor, and was quickly promoted to VS CEO to help run the day-to-day operations, is excited about the technology. He mentioned that collecting data points on the questions that users will ask athletes will help the technology and platform evolve going forward. Getting responses in real-time from your favorite athletes will soon be possible.

Baseball and softball tutorials are currently available on VS, but soccer will join the platform in September as well. After that, Frye says football, basketball, lacrosse, golf, and volleyball are the next targets. But it isn’t just about the sports tutorials.

Say you want to know how Adam Wainwright stretches in between starts. You can click into the roster of talent and find Adam’s videos and blogs breaking down a multitude of ways to keep your body in shape. There are a bunch of videos from each of the athletes and coaches with topics ranging from how to throw a pitch to how to overcome adversity. Also, the more you grow with the platform, the more the platform will grow with you. Frye talked about how, down the road, the VS platform will be able to suggest videos and topics for you based on the content you enjoy.

When it comes to AI interaction, you can click into a conversation, say with legendary softball coach Tim Walton. From there, you can speak, type, or choose a question from a prompt. Each expert on the VS roster has recorded responses and the platform will expand in terms of fine-tuning how to get the right answers. But, it’s not like you’re submitting a question and waiting for Walton to respond. You’ll get a response in real-time, to the best of the platform’s ability.

Tougher issues, like dealing with pressure and anxiety, or building mental toughness, are all discussed on VS as well.

How the VS platform pricing works

Right now, you can download VS from the Apple or Google Play stores (soon to be available for desktop). Depending on what level of subscription you sign up for, you’ll have varying amounts of access. If you want to try it out first, a free subscription will let you watch one video session so you can see what kinds of courses and tutoring are offered. You’ll also get 10 interactive questions that put you in touch with the conversational AI technology.

VS is available right now for iOS and Android devices.

The post Learn new skills from some of the world’s top athletes with VS appeared first on BGR.