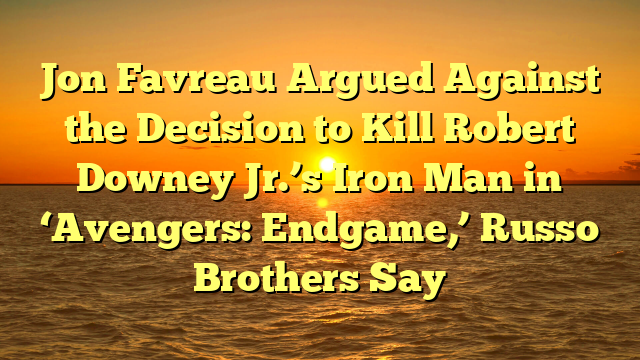 Jon Favreau, the director behind Tony Stark’s first stand-alone MCU film Iron Man, wasn’t so sure the hero should have died in Avengers: Endgame, according to the Russo brothers. In a video interview with Vanity Fair, the duo opened up about some of their most memorable scenes on projects like Community, Captain America: Civil War […]