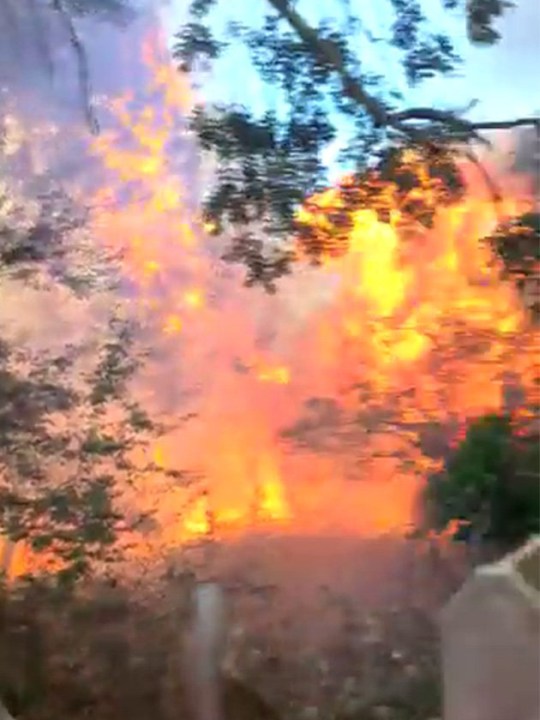 Around 70 firefighters are battling a blaze around a 10-minute drive from Heathrow Airport in west London.

There are fears for homes as trees, hedgerows, shrubs and decking are on fire at the rear of a number of properties on Hereford Road in Feltham.

Some locals claimed on social media they heard ‘an explosion’ around the area this afternoon.

Historian Robert Harris saw smoke billowing into the air from a plane as he arrived at Heathrow.

Posting footage online, he said: ‘Coming in to land at Heathrow just before 5pm today. The scorched fields. The fire!’

Another person said on social media: ‘Just heard something explode.’

A third added: ‘Me and my dad heard a massive bang almost like a bomb or explosion.’

Ten fire engines are currently at the scene – with crews from Hillingdon, Kingston, Southall, Surbiton, Tooting and other surrounding fire stations helping.

A spokesperson from the LFB said: ‘The cause of the fire is not known at this stage.’

The Metropolitan Police is assisting and has advised people to avoid the area.

The post Huge fire breaks out near Heathrow Airport with ‘explosion’ heard appeared first on WorldNewsEra.