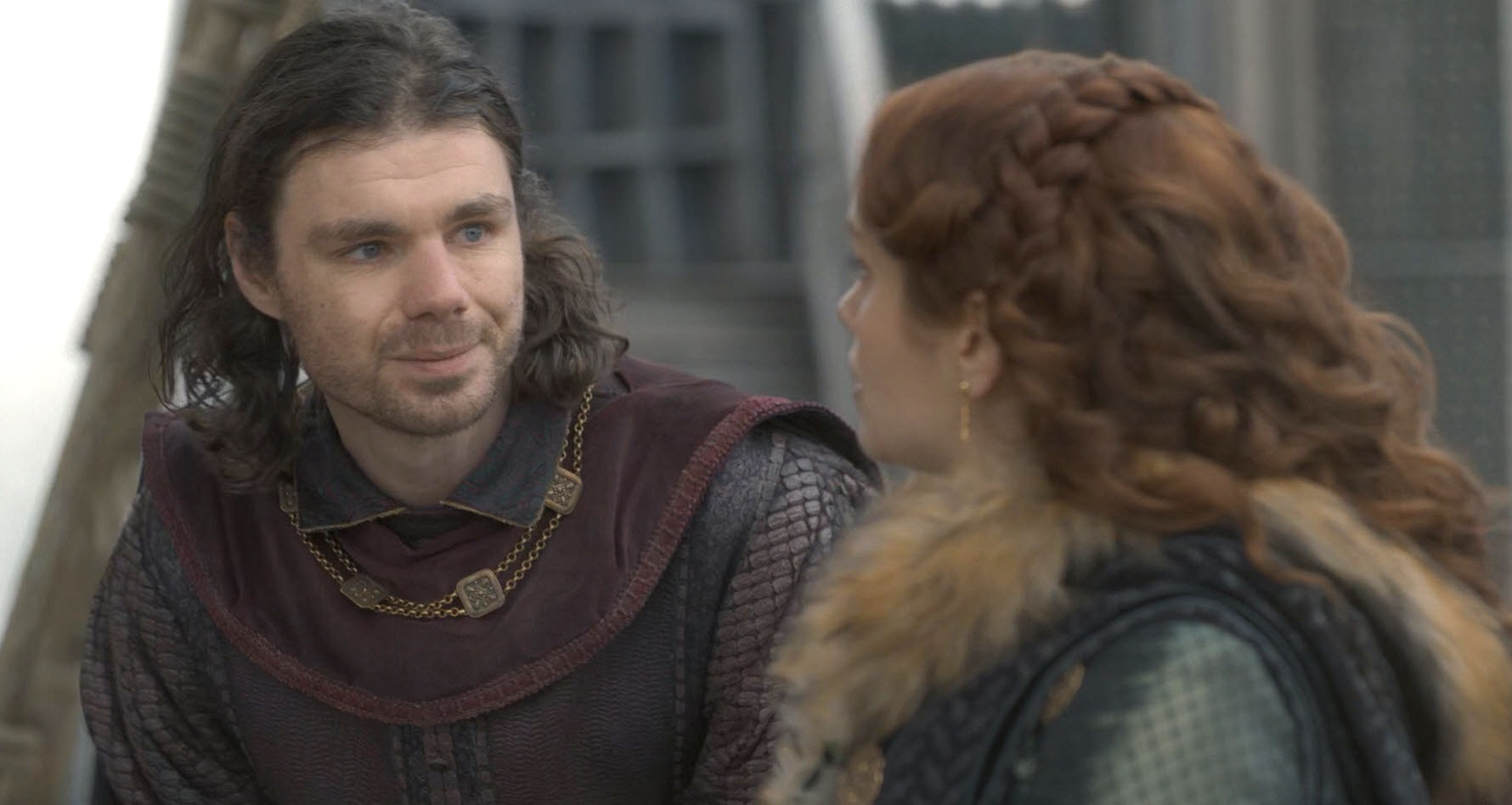 If you’ve somehow found yourself thinking that Larys Strong might be a bit unhinged around the edges, you’re not the only one. But as far as Matthew Needham is concerned, you definitely need to have a little bit of madness in you to play the dangerous game Clubfoot is playing in House of the Dragon.

After killing his father and brother in cold blood and inheriting Harrenhal, Larys could be seen during last night’s episode eyeing Queen Alicent sort of longingly, for lack of a better word. And in view of everyone, no less, making fans wonder if the guy is actually as insane as he is sinister. But according to what Clubfoot’s actor tells Entertainment Weekly, there’s nothing romantic going on between the two characters.