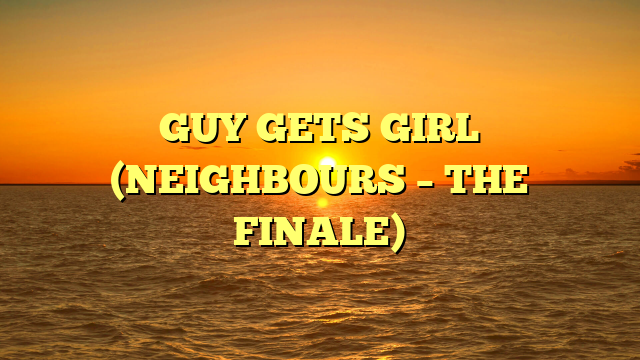 Okay. So it wasn’t Pinter.

After 38 seasons and 8,903 episodes, an Aussie institution finally came to an end with a special hour long episode.

And it was as bonkers, amateurish and shambolic as you might have expected. 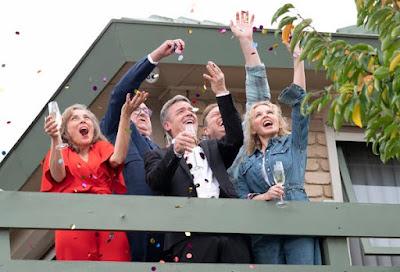 There were appearances either in person or on video by older characters in a plot that was as mushy as potatoes drowned in gravy.

The story made little sense to those who abandoned the show years ago but at this point, who cares?

As far as I could make out from the final episode, instead of having the show end with the houses of Ramsay Street being wiped out by a UFO attack or flattened by diggers to make way for a motorway, the writers opted instead for everyone leaving of their own accord. 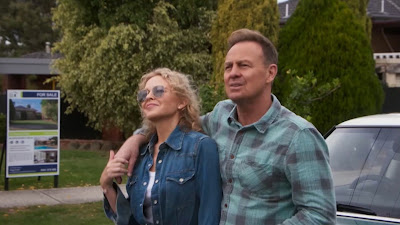 We learned Jackie Woodbourne’s Susan Kennedy was writing a book about how wonderful Ramsay Street was, enabling her to muse on the importance of having great neighbours (or something).

The book featured photos of previous residents who you knew were just going to appear in the final episode. 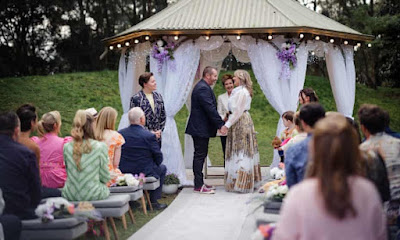 It was incredibly tacky affair but oddly not the most bizarre – in 2013, a gas bottle exploded at a previous wedding killing two of the characters, so the characters in the finale were lucky to get out alive.

At one point, the guests were asked to write a word on a piece of paper about what love meant to them and read it aloud to everyone like some dreadful work away day.

There was the usual trite stuff during this weird team building exercise but you kind of wished the writers had a character throw in a curveball like “blancmange”, “sheep” or “bagpipes”. 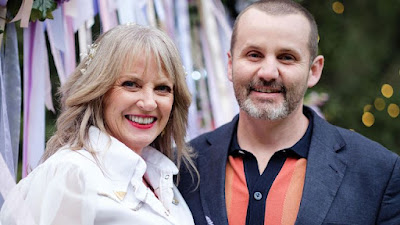 Pearce’s commitment to his old role was impressive as he featured heavily in the final episode and took a trip around Ramsay Street with Jane looking at houses.

Pearce’s commitment was matched by series veteran Ian Smith as Harold Bishop who spent most of the episode chuckling and looking very jolly. 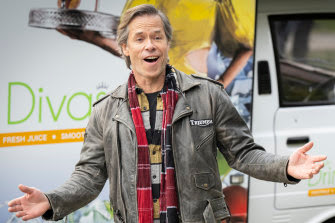 While love’s old dream looked longingly at each other as they wandered around Ramsay Street, Stefan ‘Don’t It Make You Feel Good‘ Dennis’ Paul  Robinson was watching Geoff Paine’s Clive Gibbons guzzle down booze because of his love for Jane.

Fuelled by whisky, Clive went to confront Mike and Jane and threatened them with a lamp whose lead he swung like a nunchuk – yeah, that kind of lost me too.

Paul, who limped around Ramsay Street having supposedly lost a leg, had his own romantic troubles with Rebekah Elmaloglou’s Terese Willis but these eventually resolved themselves.

We discovered Alan Fletcher’s Karl Kennedy was on a Erinsborough Facebook group featuring a clip of him playing the guitar when Holly Valance’s Felicity “Flick” Scully and Natalie Imbruglia’s Beth Brennan bumped into each other in a park and realised they had both lived on Ramsay Street. 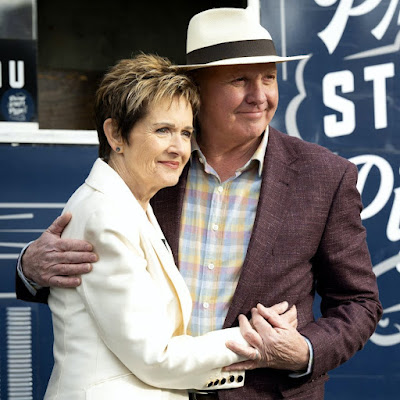 Karl made everyone at the wedding watch a video of former residents who were either not invited to take part in person in the final episode or just couldn’t be arsed.

This featured Margot Robbie as Donna Freedman who seemed to be literally phoning in her performance – well zooming it in – from a hotel on her way to a Hollywood film set (presumably the Barbie movie).

Flick and Beth implausibly raved on the video how they had only just met for the first time in a park and realised they had both lived on Ramsay Street.

Mark Little’s Joe Mangel, Delta Goodrem’s Nina Tucker, Andrew Bibby’s Lance Wilkinson and Carla Bonner’s Steph Scully were among the participants – although Robbie’s glamour kind of left them all looking like Vanarama National League teams lining up for a photo alongside Real Madrid. 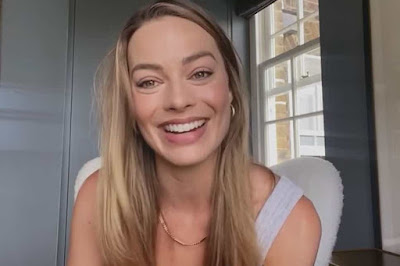 The big moment was the arrival, to the strains of ‘Especially For You,‘ of Jason Donovan’s Scott Robinson and Kylie Minogue’s Charlene in her blue overalls and a mini which was just abandoned in the middle of Ramsey Street as if they were about to launch a terror attack.

There was a reunion with their old mates Mike and Jane and eventually a street party featuring a ceramic pig and heart balloons and weird computer generated confetti.

A strange form of soap opera status seemed to be at play, with Charlene and Scott opting not to rub shoulders with the plebs celebrating on the street and Paul and Harold being forced to go to them as they watched proceedings from a balcony which they peered down from like they were living in Buckingham Palace.

The director also rather oddly kept showing the pig’s arse in this final sequence. 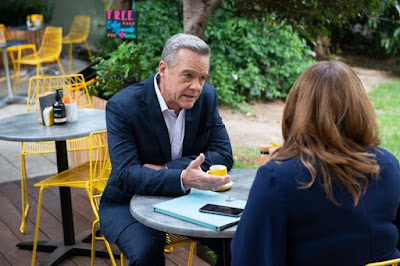 This might have been a commentary on the script for the final episode or maybe the entire run of the soap – who knows?

Susan, meanwhile,  mused in a voiceover about neighbours reunited and memories of neighbours no longer alive.

It was a fittingly bizarre end to a final episode that made no sense at all to those of us who rarely watched the show or stopped watching 20, 15, 10 years ago.

The fans got they wanted. 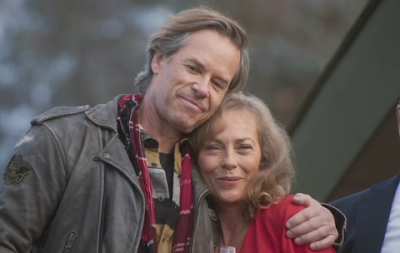 Craig McLachlan was conspicuous by his absence.

Axed by Channel 5 in the UK, it is a miracle ‘Neighbours’ lasted as long as it did.

That miracle was underscored in a final credit sequence which ended with various incarnations of Barry Crocker’s sugary theme tune over a montage of photos of previous casts and a message: ‘Thank you for loving us. We love you!’

One of the most ridiculous soaps in the history of television, ‘Neighbours’ place in TV folklore isn’t in doubt. 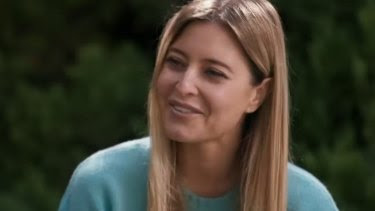 It had a remarkable knack for producing Hollywood actors and pop stars who went on to greater things.

Gone but not forgotten, ‘Neighbours’ was a bland mess and harmless.

It was only right that it had a suitably harmless, messy farewell.

At least its demise was not as messy as Boris Johnson’s soap opera this summer on another famous street – Downing Street.