In the past two years, Declan Lawn and Adam Paterson have added their names to the list. 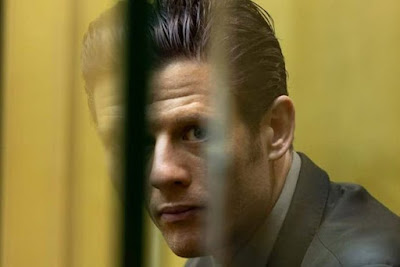 Patterson is a photojournalist and producer/director who came across Lawn while working for the BBC.

Becoming good friends, they both discovered they had a yearning to do something more creative and started writing screenplays as a hobby while Lawn was occasionally presenting BBC Radio Ulster’s ‘Good Morning Ulster’.

Acquiring an agent and a reputation as screenwriters with a keen journalistic eye for detail, they finally took the plunge and committed to movie making full time – penning the script for BBC1’s acclaimed 2020 miniseries ‘The Salisbury Poisonings‘.

Not long afterwards they captured an IFTA and made the BAFTA Best Short Film longlist for their clever comedy ‘Rough’ which managed to squeez humour out of the dark subject of punishment shootings in Northern Ireland.

However their biggest gig to date is unquestionably their feature film debut ‘Rogue Agent’ which has landed on Netflix.

Avid true crime documentary viewers will be familiar with the tale. 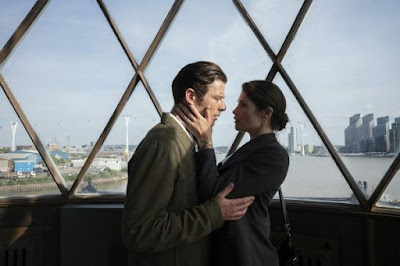 In February, Sam Benstead and Gareth Johnson’s documentary ‘The Puppet Master: Hunting The Ultimate Conman‘ on Netflix also told the jaw dropping story of Robert Freegard, a master manipulator who squeezed hundreds of thousands of pounds out of his victims by taking over their lives.

In an interview with the Belfast Telegraph, Lawn and Patterson revealed how they were instantly hooked by the tale when it was imparted to them by the film producer Katie Kaletsky and felt compelled to make it.

Teaming up with screenwriter Michael Bronner, another journalist turned screenwriter who wrote ‘The Mauritanian‘ and produced Paul Greengrass’s films ‘United 93,’ ‘Green Zone’ and ‘Captain Phillips,’ they have crafted a two hour thriller which inevitably has to compress the detail of Freegard’s many deceptions.

The film boasts a cast that includes Gemma Arterton and James Norton. 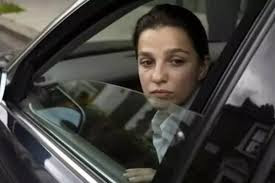 At the start of ‘Rogue Agent’, Lawn and Patterson set out the context of Freegard’s initial fraudulent act in the opening captions.

In 1990, an IRA member who was attending an English agricultural college was arrested in London during the Irish republican group’s bombing campaign at the tail end of the Troubles.

Kevin Barry O’Donnell, a poultry husbandry student at Harper Adams College in Shropshire, was arrested in 1990 when two Kalashnikov rifles were discovered in the back of his car but he was not convicted, with a jury acquitting him.

Subsequently arrested back in Northern Ireland for possessing a rocket launcher, he was not long afterwards gunned down by the SAS in 1992 in the grounds of a church in Clonoe, Co Tyrone with three other IRA members after mounting an attack on a police station in Coalisland.

At the start of Lawn and Patterson’s film, Norton’s Robert Freegard is seen securing work as a barman in a rural town after listening to a news bulletin on the radio about the arrest of O’Donnell on the news.

It isn’t long before he befriends Rob Malone’s agricultural student Ian Preston and appears to take him and his two friends Marisa Abela’s Sophie Jones and Freya Mayor’s Mae Hansen into his confidence, telling them he is a British intelligence officer.

Freegard claims there are other IRA members among the students at the agricultural college and that he is keen to recruit them before the suspected terrorists carry out acts of violence that could claim the lives of British civilians.

The trio agree to spy on their fellow students – attending in one scene a party in an Irish student’s house before going to the pub, only for Ian to make an excuse and linger behind, searching their target’s bedroom for anything that might indicate he is in an IRA cell. 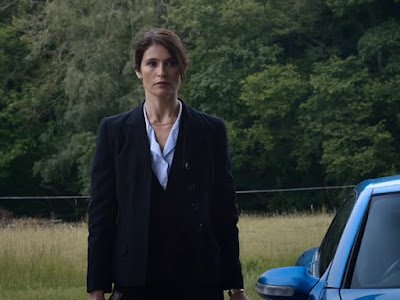 Not long afterwards, we see Freegard wake up Sophie and inform her that the three of them need to leave their house immediately because their security has been compromised and they are at risk from an attack by the IRA.

Celebrating winning a case with male colleagues while they quaff Bollinger, she is walking home when Freegard, now posing as a car dealer called Robert Hansen, tries to chat her up.

Alice brusquely dismisses his overtures but later feels guilty about her tone. 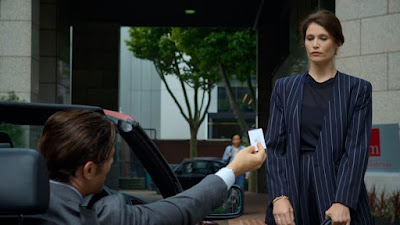 While nursing a monster hangover, she stops by the dealership to apologise.

Noting she is hungover and accepting her apology, Freegard offers to drive her to work rather than have her suffer the heat of the London Underground.

She accepts the lift and soon he is turning on the charm, taking her to the Longplayer sound installation in London’s Trinity Buoy Wharf and turning up at her door with a painting of a Leopard after standing her up.

Even when he lets Alice down, he manages to sweet talk her into believing it was because his dad had to go to hospital.

Alice, however, is not quite sure what to make of her charming car salesman boyfriend and when she finds on his phone calls from someone called Sophie, she smells a rat.

Alice asks Julian Barratt’s Phil, a private detective she uses at work, to look into Robert Hansen’s financial affairs and background and is troubled when the investigation yields nothing.

Eventually when she confronts Freegard about it, he reverts to his story about working from British intelligence and mesmerises her with tales of spy chiefs trying to test her by spreading dodgy stories about him.

While Freegard dazzles Alice, he continues to exploit Sophie – keeping up a 10 year deception that she is in training to be a British intelligence field officer, moving her from one community into another and bleeding her dry of her family inheritance. 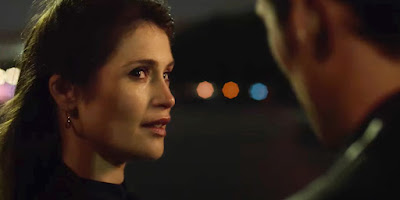 As more disturbing questions come to light about Robert, Alice waivers between believing his honeyed words and questioning them.

With her career also starting to suffer because of her preoccupation with Freegard, will he drain Alice of her money?

Or will she rumble what is really going on and be able to stop him from suckering other victims with the help of Shahzad Latif’s police detective Sonny Chandra?

Based on an article that Bronner originally penned, audiences who have never heard the story before might be shocked by the extent of Freegard’s manipulation and the scale of his fraud.

However if you have seen Benstead and Johnson’s documentary or Channel 5’s ‘The Spy Who Stole My Life,’ you will know Freegard’s fraudulent activity was much deeper and more extensive than Lawn and Patterson’s feature film can possibly portray.

As with a lot of movies based on true stories, Lawn, Patterson and Bronner have to bend real events in their script for dramatic purposes.

And so it’s account of how Freegard was eventually caught isn’t exactly how it unfolded – he was arrested in 2002 in a joint Scotland Yard and FBI sting at Heathrow Airport as he tried to defraud the parents of an American psychologist Kimberley Adams of £10,000.

The victims portayed in their film also have been modelled on real victims, with their names changed. 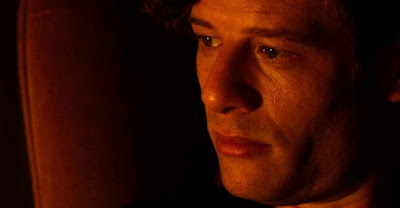 Some of their roles in his downfall have also been altered.

Alice Adams is modelled on the lawyer Caroline Cowper who Freegard had a relationship with before stealing money from her building society account, while holidaying with her around the world.

The character of Ian Preston is based on real life victim John Atkinson, while Sophie Jones and Mae Hansen are his fellow agricultural college students, Sarah Smith and Maria Hendy.

The stunning story in the Benstead and Johnson documentary of Sandra Clifton, a divorced mother of two who Freegard has also deceived, is not covered.

In dramatising real life stories, though, there is an inherent risk for writers and directors that the compromises they make to propel the narrative may go awry – especially when some audiences are familiar with the tale.

As Peter Landesman, who made the 2017 Watergate movie ‘Mark Felt: The Man Who Brought Down The White House,‘ pointed out journalism is about information but movies are “about an emotional tether to the audience”.

And in order to create that emotional tether, facts often have to be sacrificed or altered in the confines of a two hour feature film.

Unfortunately in the case of ‘Rogue Agent,’ some of the narrative decisions that have been made end up dulling the impact of Freegard’s story. 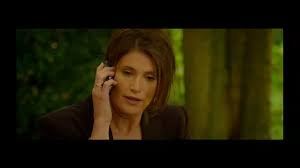 His duping of the three agriculture students into believing they were on the run from the IRA is so astounding, that plot feels much more intriguing than the central plot of Lawn and Patterson’s film which revolves around an act of romantic deception.

Presumably, Lawn, Patterson and Bronner decided to focus mainly on Alice’s tale to show how anyone can be duped by a smart, silver tongued conman like Freegard.

But the decision to focus on this story instead of diving deeper into his cruel manipulation of three impressionable students feels like an opportunity wasted.

The decision not to depict how Freegard was actually caught also feels like a missed opportunity to build dramatic tension. 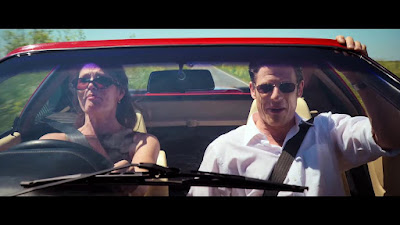 Instead of a nerve shredding sequence based around the Heathrow operation, what we get is a rather underwhelming sequence in a farmyard where Freegard tries to sweet talk Alice into running away with him before he is apprehended.

Given the wealth of material on Freegard, Lawn and Patterson could have benefitted from not operating within the strictures of a feature film.

A three or four-part miniseries could have allowed them to dive even deeper into his deceptions – showing their devastating impact on Atkinson, Smith and Hendy, Cowper and Kimberly Adams and their loved ones.

They could also have explored the stories of how he manipulated business woman Renata Kister or Sandra Clifton. Apart from the occasional camera movement, ‘Rogue Agent’ feels too much like a TV production which only serves to underscore why it might have worked better as a three or four part BBC or ITV drama.

As for the performances, Norton doesn’t quite convince as Freegard and is a bit too obviously oily in the role.

Arteton is okay as Alice but Latif underwhelms as Sonny.

Abela and Malone are much more interesting as Sophie and Ian, while Barratt’s private detective gives the movie some welcome fizz. 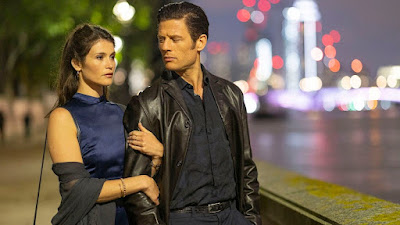 While those unfamiliar with Freegard may be shocked by his story, the cause of ‘Rogue Agent’ hasn’t been helped by the proximity of the film’s release on Netflix to the documentary earlier this year.

And while the film will disappoint some, you also get the impression that with the right narrative choices, Lawn and Patterson’s project might have prospered had it been a miniseries.

‘Rogue Agent’ is a mild disappointment but it confirms that Lawn and Patterson’s journalistic background is a real strength and they know a good story when they come across it.

If they make the right narrative choices, that could be a very powerful asset for future movie and TV projects.