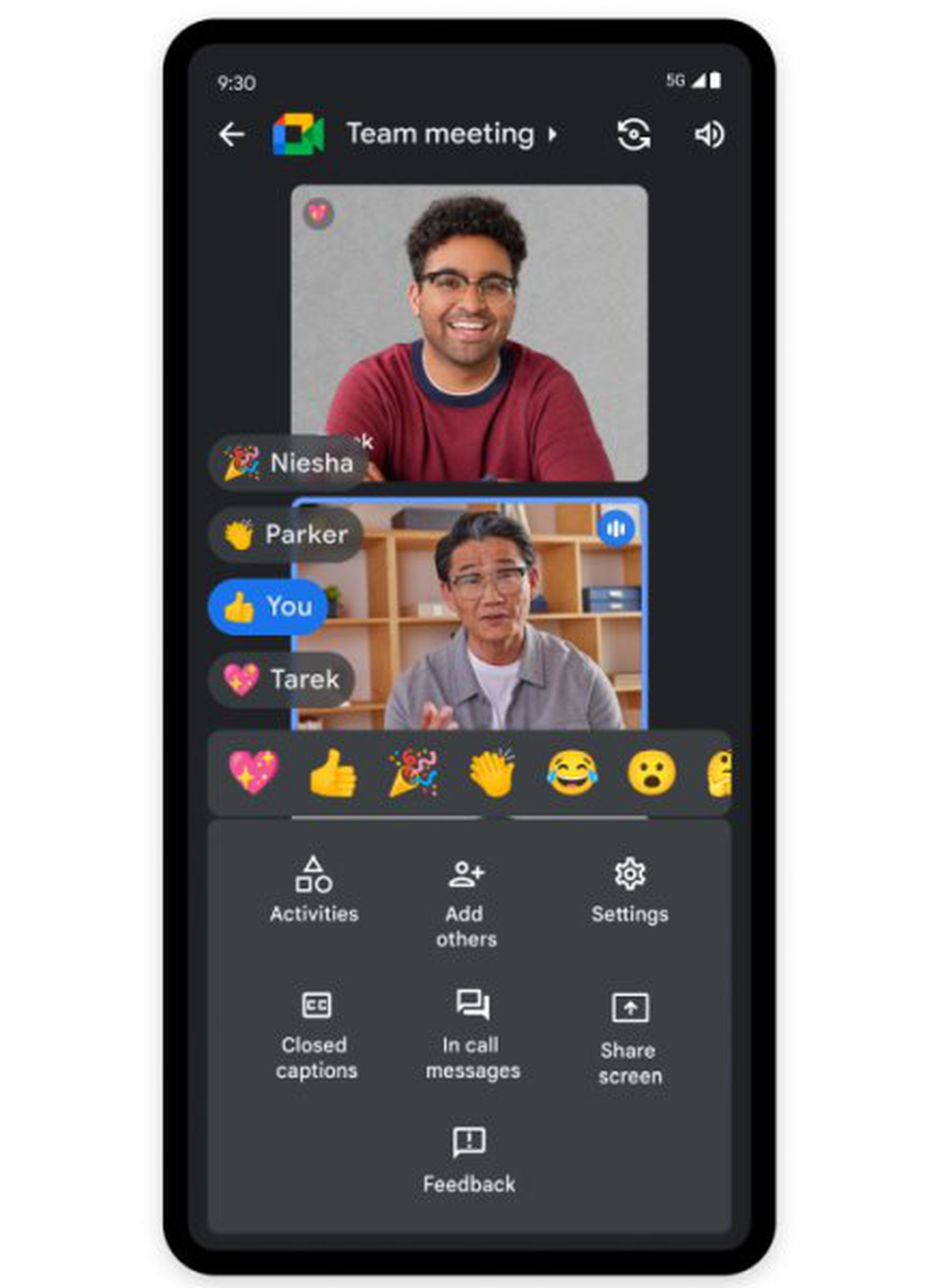 The emoji don’t stay static like they do on Zoom, though. A line of reactions used during the call will instead float up the left side of the screen and will burst if multiple people use the same ones. Small emoji badges will also appear in the upper-left corner of your video tile, so you’ll get to see who reacted with what. While I haven’t gotten the chance to try it out myself yet, it seems like a fun way to liven up typically routine meetings.

You can use a reaction by selecting the “smile” icon in Meet’s control bar, where you can then choose the emoji you want to use, as well as select a skin tone, which Google will then apply to all the other reactions that can change color.

Google says the feature is now available on Google Meet for web, iOS devices, and Meet hardware devices. It hasn’t yet arrived on Android, and Googles says it will roll out in the “coming weeks.”

In addition to emoji reactions, Google’s introducing neat 360-degree backgrounds on the Meet mobile app that move as you rotate your camera.

You can see how this feature works in the above GIF, which shows how the background changes when the camera’s positioned in different areas. This feature’s coming to both Android and iOS in the coming weeks. It will feature a beach-themed background first, with others called oasis, sky city, and mountain temple set to arrive after.

Update, 7:19PM ET: Updated to add when emoji reactions will arrive on Android.