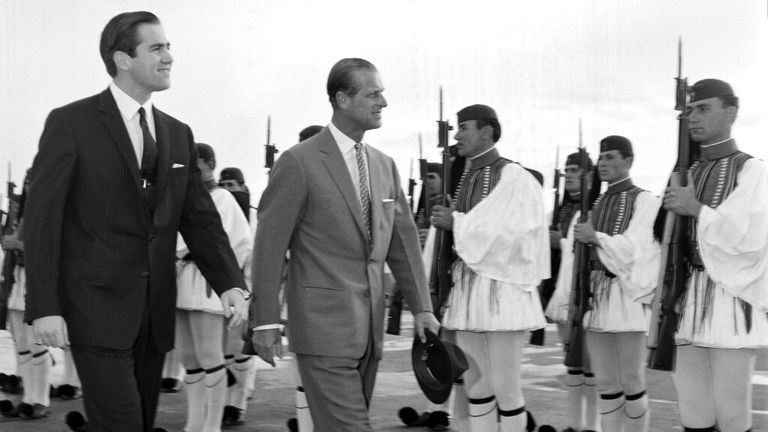 The former and last king of Greece, Constantine, has died aged 82 in an Athens hospital, his doctors have announced.

Constantine, who was the nephew of the late Duke of Edinburgh and godfather to Prince William, had been treated in an intensive care unit at the private Hygeia Hospital in the Greek capital.

Staff at the hospital had no further details pending an official announcement.

The former monarch acceded to the throne as Constantine II at the age of 23 in 1964 after achieving an Olympic gold medal in sailing at the age of 20 with two other Greek sailors in Rome.

He began his reign as a hugely popular monarch, but squandered much of that support by the following year due to his active involvement in the machinations that brought down the popularly elected Centre Union government of prime minister George Papandreou.

Constantine was eventually forced into exile after clashing with military rulers, and the dictatorship abolished the monarchy in 1973.

When democracy was restored in 1974, a referendum dashed any hopes Constantine had of reigning again.

He was able to return to his home country for his final years and became a relatively uncontroversial figure from the past.

Born on 2 June 1940 in Athens, Constantine was the nephew of Greek-born Prince Philip, the late Duke of Edinburgh.

While accepting that Greece was now a republic, Constantine carried on styling himself as the king of Greece to the end of his life, as well as referring to his children as princes and princesses, even though Greece no longer recognised titles of nobility.

He lived in Hampstead Garden Suburb in London for most of his years in exile, and was said to be especially close to his second cousin, now King Charles.