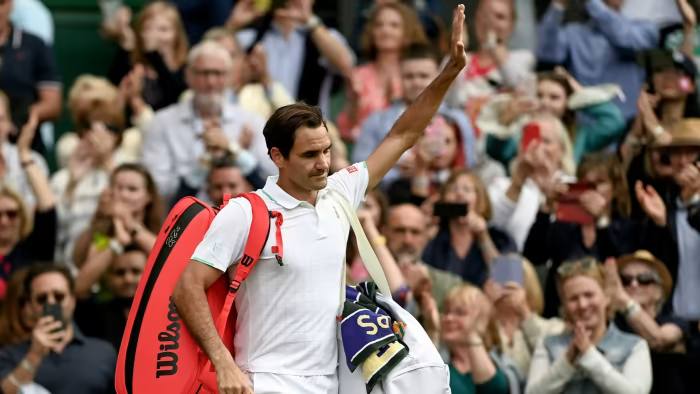 This article is an on-site version of our FirstFT newsletter. Sign up to our Asia, Europe/Africa or Americas edition to get it sent straight to your inbox every weekday morning

Good morning. The stock market downturn since the start of the year has caused the longest drought in US technology listings this century, with experts cautious about the pace of a revival even after tentative signs of life in other sectors.

Wednesday will mark 238 days without a tech IPO worth more than $50mn, surpassing the previous records set in the aftermath of the 2008 financial crisis and the early 2000s dotcom crash, according to research by Morgan Stanley’s technology equity capital markets team.

The US stock market has been rocked this year by the Federal Reserve’s battle to bring down inflation through aggressive interest rate rises. Higher rates hit stock valuations by reducing the value of future earnings, and have sparked fears that the economy will be pushed into recession.

High-growth tech stocks dominated last year’s record-breaking IPO market and enjoyed some of the largest gains during the stock market boom, but they have also been disproportionately hit by this year’s sell-off.

The tech-dominated Nasdaq Composite has fallen nearly 28 per cent so far this year compared with a drop of just over 19 per cent in the S&P 500, while the Renaissance IPO index, which tracks US companies that listed in the past two years, is down more than 45 per cent.

“There’s a tremendous amount of uncertainty in the market right now, and uncertainty is the enemy of the IPO market,” said Matt Walsh, head of tech equity capital markets at SVB Securities.

“I think we’ll need to see some stabilisation in the outlook and investors stepping back in to buy existing public securities before they’re willing to move further out on the risk curve and buy tech IPOs.”

Do you have any feedback on today’s newsletter? Let us know at firstft. Thank you for reading FirstFT Asia and have a great week. — Sophia

Five more stories in the news

1. Typhoon Nanmadol hits Japan as millions are told to evacuate The storm made landfall yesterday near the city of Kagoshima on Japan’s southern island of Kyushu, with gusts of 100mph that damaged buildings and plunged over 200,000 households into a blackout. Local authorities have issued non-mandatory evacuation orders for millions of people.

2. Central banks set to hit peak rates at faster pace After the world’s major central banks strengthened their resolve to tackle soaring prices, investors are pricing in a sharper surge in interest rates over the coming months. Markets expectations for year-end interest policy rates have risen, as policymakers have become concerned that without substantial rate rises, high inflation will prove hard to shift.

3. UBS hires Chinese ‘content reviewers’ to vet research reports The Swiss bank is hiring a team to ensure that Chinese research publications by its analysts are free from “sensitivities”. The move comes three years after a top economist at UBS was suspended in a dispute over comments about pigs in China that were perceived as a racist slur.

4. EU set to pull €7.5bn from Hungary over rule of law violations The European Commission recommended yesterday that member states vote to suspend around a third of Hungary’s cohesion funding in response to Budapest’s lack of transparency in awarding public contracts, shortcomings in Hungary’s efforts to tackle corruption, and weaknesses in prosecuting those who misused European funds.

5. China’s cooling economy hits hot chip sector start-ups In the country’s Covid-ravaged economic climate, workers have been looking to switch careers to an industry being prioritised by Beijing — only to find that it too is suffering in the downturn and job prospects are dimming.

The Queen’s funeral The state funeral of Queen Elizabeth II will take place today at Westminster Abbey. 500 heads of state and foreign dignitaries are expected to attend.

Join board members and C-suite executives in person or online for the Cyber Resilience Summit on September 21-23 to hear remarks from speakers including Bill Clinton. Register for your pass today.

What else we’re reading

Xi and Modi’s critique of Putin signals a shift in the Ukraine war Public admonishments of Russian president Vladimir Putin by China and India have signalled a shift in global perceptions of the war, western officials have said, amid efforts by Europe and the US to erode the Kremlin’s international support.

The race to reinvent the space station American companies, including Jeff Bezos’s Blue Origin and Lockheed Martin, have been spurred by a Nasa-funded competition to design privately owned replacements for the International Space Station when it is decommissioned by the end of the decade

The strange death of the company phone number A growing number of organisations have quietly dispensed with customer support phone numbers, to the point that some governments are looking to mandate availability by phone. And those companies which still do offer support by phone are seizing on a competitive advantage.

What we keep getting wrong about inflation When things get more expensive, that’s inflation — and it’s bad, so it seems. But an alternative view is Milton Friedman’s “inflation is always and everywhere a monetary phenomenon”. And this distinction matters, argues Tim Harford.

Liz Truss’s chief of staff ‘engaged’ with FBI in bribery probe Mark Fullbrook, chief of staff to the UK’s new prime minister, says he is co-operating with US authorities as a witness in their investigation into a Conservative party donor charged over allegations he illegally provided campaign donations to a former governor of Puerto Rico

Roger Federer, one of the most popular and successful tennis players in the sport’s history, has announced his retirement. He amassed a haul of 20 Grand Slam titles in almost two decades at the top of the game that made him one of the top earners in sport.

Recommended newsletters for you

Disrupted Times — Documenting the changes in business and the economy between Covid and conflict. Sign up here