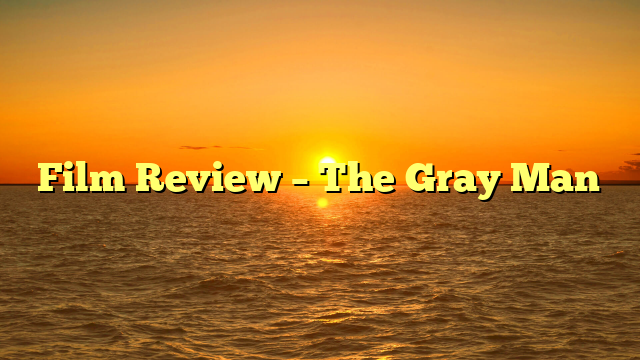 Anthony and Joe Russo’s post-MCU career has been fascinating. They clearly have a taste for throwback action thrillers, as their producing credits include the likes of 21 Bridges (2019) and Extraction (2020) – both starring MCU alums Chadwick Boseman and Chris Hemsworth, respectively. The Marvel connections don’t stop there, as the Russo Brothers’ previous directorial effort was the Tom Holland led crime drama, Cherry (2021). While these examples show how success has given the Russos the ability to pull big name stars, the results have been uneven at best. They tell muscular stories with enormous budgets, filling the screen with technical fireworks that risk overpowering the character development. The Gray Man (2022) fits right along with this trend. Despite having well known actors and being free of a superhero universe, the brothers have delivered something that feels oddly bland.

The writing (Joe Russo, Christopher Markus, Stephen McFeely – adapting Mark Greaney’s novel) structure the narrative so closely to other stories of black op mercenaries that it basically performs cinematic karaoke. We meet a super spy/agent/assassin named Sierra Six (Ryan Gosling). After being recruited out of prison by former CIA front man Fitzroy (Billy Bob Thornton), “Six” has spent years carrying out the dirty work the U.S. government can’t handle. That is, until he discovers a classified thumb drive (it’s always a thumb drive, isn’t it?) that holds information that flips everything he knew upside down. Six goes from a covert government ally to a marked man, hunted by the very people that got him out of jail. Along for the ride is newly minted CIA boss Carmichael (Regé-Jean Page) who calls on the services of the psychotic Lloyd Hansen (Chris Evans) – an even more ruthless killer – to track down Six.

If this were just a tale of spy vs. spy, that would have been more than enough for a compelling experience. This is especially true given that Gosling and Evans make for a charismatic rivalry. But they are placed in an awfully convoluted plot that takes them to nearly every major city in Europe, criss crossing with various side characters and plot tangents that make this whole affair messier than it needs to be. In the mix is Fitzroy’s daughter (Julia Butters), whose heart condition makes her safety particularly uncertain. We also get the likes of agent Suzanne Brewer (Jessica Henwick), another CIA operative whose sole job is to look around in exasperation as things get more chaotic. Let us not also forget agent Dani Miranda, played by Ana de Armas as an extension of her No Time to Die (2021) character. Dani’s inclusion does not feel like dramatic necessity as it is playing off de Armas’ growing star power. All these various players are tossed about as the production tries to keep everything together.

Much of these issues would be forgiven by well realized action sequences. Strangely, the set pieces highlight the Russo brothers’ ambition as well as their limitations. When the action is grounded – with characters engaged in hand-to-hand combat or close-range confrontations – the execution is exhilarating. One scene, in which Six and Dani go up against Avik San’s elite assassin, is choreographed with pulse pounding tension. Stephen F. Windon’s cinematography borrows from Michael Bay’s Ambulance (2022) with cameras mounted on drones, so that wide angle shots go zooming by as though we were riding on a rollercoaster. A lot of the up close and personal stuff works, but they are juxtaposed with laughably bad CGI during larger scale scenes. A fight aboard a cargo plane, a chase involving an unstoppable trolley car – the bigger the action the less convincing they become. The computer aided imagery is so shockingly awful that we wonder where the $200 million price tag went. This production must have had excellent craft services!

With all that said, Gosling and Evans are clearly having a blast. Gosling utilizes his classic underplayed, stoic delivery, aiming for the edgy mercenary with a heart of gold. I appreciated the little nod to Bruce Willis’ John McClane from Die Hard (1988). Where McClane couldn’t find a pair of shoes, Six can’t find a good night’s sleep. But Evans is the featured attraction, stepping into the psychopathic character with glee. Sporting a neat haircut, smarmy villain mustache, and pants a half size too small, Evans fills the role with quirky menace. Shedding the good guy/Captain America persona is an opportunity that Evans tackles with full conviction. Some of his one liners hit with hilarity, such as when he describes Six as a “Ken Doll” (no doubt a nod to Gosling starring in the upcoming Barbie movie) or how he displays annoyance when his minions can shoot down a target hand cuffed to one spot. He takes cliched, macho dialogue such as “I’m the best there is!” or “Make him dead” with such gusto that we can’t help but laugh at the commitment.

It’s a good thing the lead performances are so good, because it makes up for the lack of character depth. Nearly every role is depicted as a type, with little nuanceto make them unique. A lot of emphasis is put on Six being a “Gray Man,” where his entire history is wiped clean in exchange for his services to the CIA. If that wasn’t understandable enough, we even get a shot of his file – an empty manila envelope – to punctuate the point. There are hints of a traumatic past, helping explain how Fitzroy became a father figure to Six, but that acts merely as a formality. The writing and direction are more concerned with hustling things along to the next over the top action beat, relying on the screen presence its stars to generate the human interest.

But does it? The Gray Man is not fueled by genuine emotion or character dynamics, but by hyper-stylized, forgettable action. That is its biggest weakness. The Russo Brothers have attained a position where they have every cinematic tool available to them, and instead of picking the right ones appropriate to their story, they throw in as much as they can to see what sticks. The final product feels loose and straggly – like a collage of other, better action pictures.