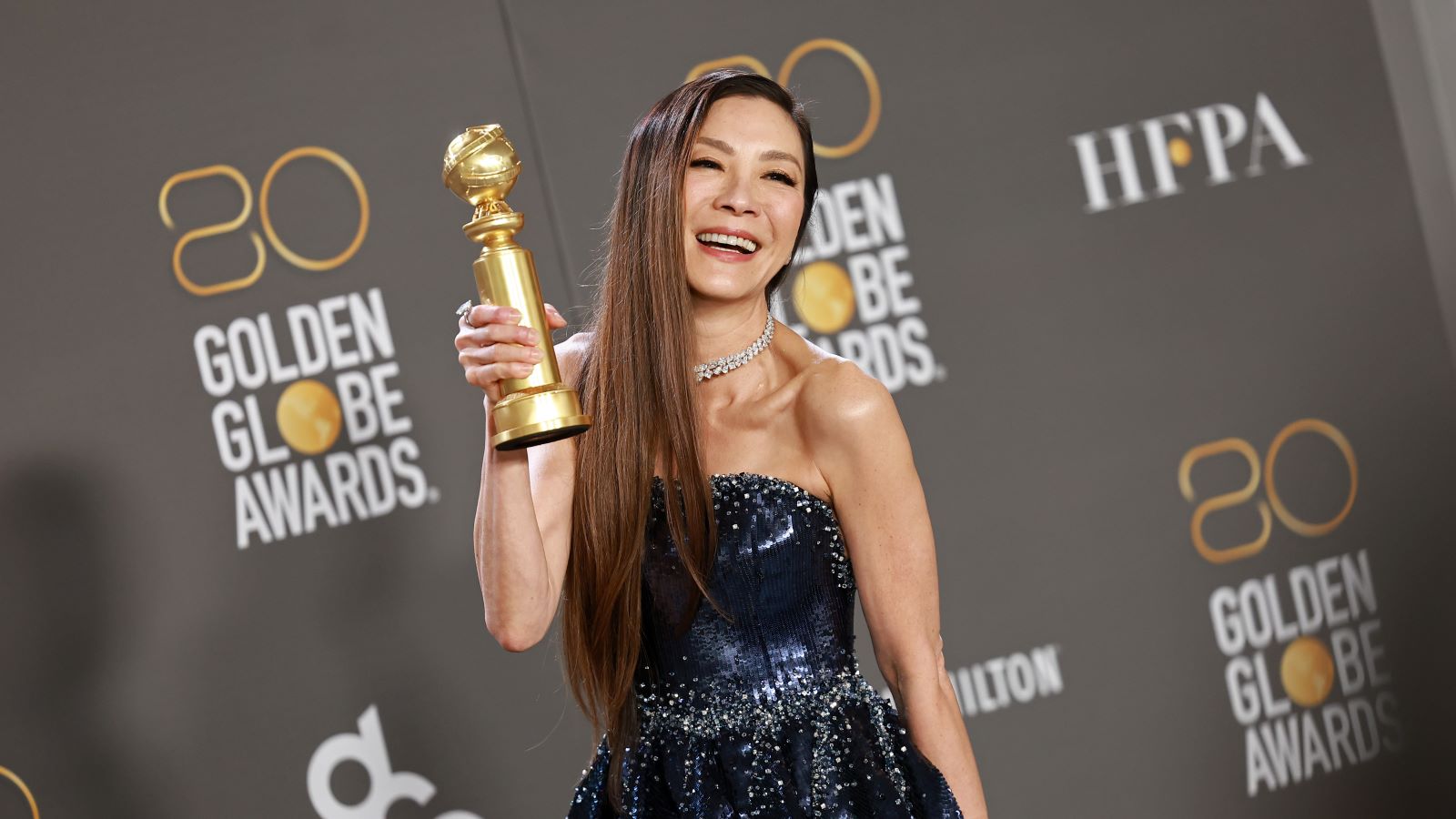 Cinema icon Michelle Yeoh had a great night at the Golden Globes yesterday, strolling away with a richly deserved award for Best Performance by an Actress in a Motion Picture — Musical or Comedy for Everything Everywhere All at Once. Anyone who’s seen the movie will know why she won, with the multiversal adventure a showcase for her dramatic, comedic and action chops.

But the ceremony was somewhat marred by the producer’s insistence in hurrying along acceptance speeches by blaring loud music before they’d finished. While we get that they need to stick to a relatively strict run-time, these speeches are what we’re here to see and it always feels rude to get in the way of someone’s big moment.