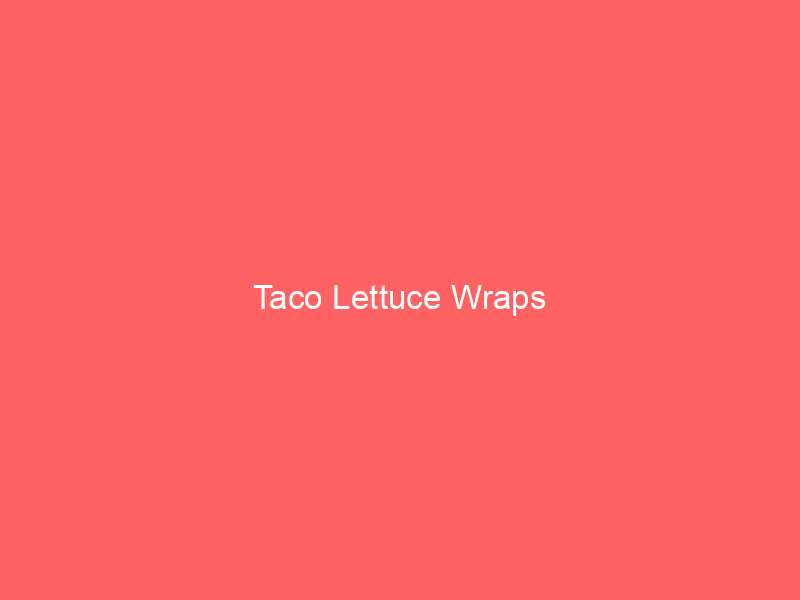 Nowadays, the practice of yoga means asanas and breathing practices to many. In this article, we will try to understand in depth about Prithvi Mudra or Earth Mudra, a subtler element of Yoga Vigyan (Yoga Science) along with its meaning and Prithvi Mudra Benefits.

Yoga is not only limited to the Pranayama (Breathing Exercise) and Asanas (Postures).

Still, there is a lesser-known, more detailed branch of yoga: Yog Tatva Mudra Vigyan or the science of yoga mudras.

The Science of Yoga mudra is all dependent on the Pancha Bhoota or Pancha Maha-Bhoota.

Pancha Maha-Bhoota or five physical elements is a group of five essential elements, which, according to Vedas, is the basis of all universal creation.

These five elements are:

According to Ayurveda and Yoga, the human body is considered to be made up of these five elements.

Pancha Bhootas are connected with the overall well-being of the human being.

Any dysfunction or sickness in the human body indicates an imbalance of one or more of these elements.

Yoga Tattva Mudra Vijnana associates these five elements to five fingers of a human being.

As our fingers have the characteristic of these elements, and each of these five elements has a specific and essential function inside the body.

The use of Mudras adjusts the flow of energy – affecting the balance of air, fire, water, earth, ether

Different Mudras were developed to balance these in the human body, which forms the Hasta Mudra in yogic tradition and is also used in Naturopathy.

In ancient times, the sages used to perform yoga mudras to keep the five elements inside the body balanced with air, water, fire, earth, and sky.

Here we will try to understand what is Prithivi Mudra? and benefits of Prithvi mudra, and how to do it and its side effects also.

Before understanding the meaning of the Prithvi Mudra first, let’s try to know a few essential points about Yog Tatva Mudra Vigyan.

According to Mudra Vigyan, every finger of the hand represents one of the Pancha Bhoota.

Prithvi Mudra is a practical kind of Mudra.

What is Prithvi Mudra?

Prithvi Mudra is a Sanskrit word.

So in English, Prithvi mudra is termed as the ‘Gesture of the Earth.’

For the preparation of this mudra, the thumb and ring fingers of both the hands are used.

Other names of Prithvi mudra

In Prithivi Mudra, Earth and Fire element plays a prominent role as Earth Mudra is formed by Thumb and Ring or Anamika finger, which is associated with Fire and Earth elements, respectively.

According to Yoga Mudra Vigyan, in this mudra the action of Prithvi, i.e., Earth element is Dominant over the Agni, i.e., Fire element.

So by this nature of Mudra, it is also named Prithvi-Vardhak Mudra.

Prithvi-Vardhak is a Sanskrit word where ‘Prithvi‘ means ‘Earth‘ and ‘Vardhak‘ Means ‘Increasing.’

As Prithvi is dominant, which means Agni is Inferior.

So by this property of Earth Mudra, it is named Agni-Shamak Mudra.

It is also a Sanskrit word where ‘Shamak‘ signifies ‘Extinguisher,’ or ‘Reducer.’

How to do Prithvi Mudra?

Here are some simple steps that will explain how to do Prithvi Mudra:

Well, Practising  Prithvi Mudra or Mudra of Earth is very easy, unlike other yoga mudras or asanas that require proper preparation, practice, and determination.

Though it is quite easy to perform but it is essential to know and learn the correct technique to perform any Yog Mudra.

Complementary medicine or Alternate Medicine is only effective after you have mastered the art of practicing the technique perfectly and precisely.

Effect of Earth Mudra on Body

Prithvi mudra benefits the body in two ways, i.e., it works on the body as Prithvi-Vardhak (Earth Increasing) and similarly as Agni-Shamak (Fire Reducing).

Hence, the practice of this Mudra is useful to increase the earth element and decrease the fire element within the body.

We can perform this Mudra either to increase/ balance Prithvi (Earth) element or to reduce the Agni (fire) in the body.

Prithvi-vardhak mudra strengthens or increases the Prithvi (earth) element within the body.

The element earth is an essential ingredient of bodily tissues like bones, cartilage, nails, skin, hair,  muscles, flesh, internal organs, etc. and is also crucial for the Vitamins the body.

The practice of Prithvi-vardhak mudra builds and invigorates these tissues and maintains the Vitamins in the body as the earth is the mother source of all-natural Minerals and Vitamins.

The earth element is also connected with the nose (smell). Therefore, Prithvi-vardhak mudra can be practiced to overcome or to cure nasal dysfunctions.

Additionally, the earth element is also related to the bodily humor Kapha. The practice of Prithvi-vardhak mudra strengthens the Kapha humor in the body.

Agni-Shamak effect of this mudra

The element Agni (fire) is involved with body-temperature and metabolism. Thus Agni-Shamak Mudra reduces the fire. Therefore it can be used to soothe an overactive Agni and overcome ailments of Agni-excess like inflammation, anorexia, fever, etc.

The element fire is also responsible for bodily humor Pitta. Therefore, Agni-Shamak mudra is an excellent mudra for people with active Pitta nature.

When to do Prithvi Mudra?

After knowing how to do Prithvi Mudra, a question that appears in most of our minds is that when should we practice this Mudra so that we can gain maximum benefits out of it.

But of course, practicing it is not restricted only in the morning and evening, we can practice it any time of the day while watching T.V., listening to music. Etc. But try to practice it on an empty stomach sitting in any meditative posture to gain maximum earth mudra benefits.

To gain more Spiritual as well as physical benefits, try to perform Mudra of the earth early in the morning between 4 A.M. to 6 A.M. while performing Meditation or chanting any Vedic Mantra.

How much time should I do Earth Mudra?

Try to practice this Mudra at least 10 min a day, in the morning before breakfast or in the evening before dinner. But Shastras and Yoga experts recommend practicing any yoga mudra for thirty to forty minutes. So try to practice Prithvi mudra for 30 minutes a day.

Thus the more you spend time and practice, the faster you get the results and quicker your problem will be solved.

There are lots of benefits of practicing this fantastic yoga mudra. One of the core purposes of Earth mudra is to increase the content of vitality i.e., to improve the earth element in the body.

Following are the Prithvi Mudra Benefits:

The ring finger used while performing Mudra of Earth is the symbol of the Earth element that takes care of the skin, hair, nails, muscles, tendons, internal organs, parts in the body.

No matter how healthy and lustrous your hair may be, hair fall will undoubtedly be a point of concern at some point in life. Sadly, hair loss and thinning are becoming one of the most common problems we as a generation face today.

Since ages, this Mudra is used along with Yoga for hair growth and to improve hair qualities.

Most of the hair problems are the result of the bad scalp. Thus Prithvi mudra helps to balance the Earth element. The Earth element is responsible for creating and nurturing the hair and hair follicle.

Hence practicing mudra of earth, in turn, enhances the quality of hair by strengthening them and making them thick and shiny. It will enhance the health of the scalp, which strengthens your hair follicles and, in turn, prevents hair fall or premature greying and regeneration of hair.

Along with this mudra, you can also practice Balayam Yoga or Nail Rubbing Exercise for Natural Hair Growth.

Prithvi Mudra can be useful for both weight loss as well as weight gain. But this Mudra is more beneficial for weight gain.

We know that Earth mudra is responsible for the nurturing and creation of body muscles and tendons, and it also helps to maintain the body’s metabolism.

Thus Mudra of earth plays a considerable role in controlling the weight of the body. It helps to maintain the body’s weight by regulating the body’s muscle weight as well as metabolism.

Also, you can hold Prithvi Mudra during Pranayama to lose weight. Therefore we can say Prithvi mudra is beneficial for Weight loss as well as weight gain.

Mudra of Earth not only increases the earth element in the body, but it is also used to reduce the Agni fire element from the body.

As we know, the earth element is also known for its coolness; thus Agni-Shamak effect of this mudra is beneficial to reduce the excess heat from the body.

The regular practice of Prithvi Mudra helps to maintain the body’s temperature. This further reduces most of the problems caused by the heat.

Hence Prithvi mudra is suitable to keep the ulcers in control. It is also helpful for those suffering from fever. Even Burning sensation in the eyes, stomach acidity, hands, or feet is pacified.

Prithvi Mudra is associated with the Muladhara Chakra or the Root chakra. Practicing Earth mudra elevates the prana level upwards from root Muladhara. This part, we will see in the Spiritual benefits of Prithvi Mudra.

Thus With the practice of Mudra of Earth, the energy level in the body is improved, which results in warding off dizziness, fatigue, and laziness.

It helps in building endurance when the physical body gets energized. If an individual regularly practices this mudra, then he or she can help to improve the strength of the body and helps to keep the body stable.

Additionally, Earth Mudra helps to strengthen the self-confidence of the individual.

Prithvi mudra has a lot of spiritual benefits. Earth mudra is related to the earth element, which is associated with the Muladhara Chakra.

As Earth mudra balances the earth within which stimulates and energizes of Muladhara Chakra or Root chakra, which is the seat of Kundalini Energy.

Muladhara is considered the basis of the “Energy Body.”

Thus practicing this mudra increases the Prana flow upward quickly from the base of the spine, thereby stimulating the nerves and sustaining the right balance within the body.

Hence, because of this, meditation becomes more comfortable, and also we can practice this mudra as part of meditation.

After practicing earth mudra with meditation, we will feel relaxed and energized. Ultimately, this practice can help us in deepening the meditation practices by drawing ourselves inwards and slowly leading to a better spiritual experience.

Kapha forms in the body when Water and Earth elements meet.

Thus lower earth elements can cause a decrease or imbalance in the Kapha level in the body.

So practicing Earth mudra increases earth element in the body, which eventually helps to balance the Kapha in the body.

Who Should Avoid Practising Mudra of Earth?

Undoubtedly, touching your thumb and ring finger will not cause you any problems. Thus Prithvi Mudra has Zero Side Effects. Practicing Earth Mudra or any Yoga Mudra does not lead you to health problems or any disorder for sure.

Prithvi mudra is considered to be a very beneficial yoga mudra, but if performed in a wrong way, the Mudra does have a few side effects.

If not done correctly it is possible that you may hold a wrong mudra possibly Agni mudra or Surya Mudra, which has opposite effects from Earth Mudra. Surya Mudra or Agni mudra is similar to earth Mudra because in this Mudra also thumb and ring finger is used but in a different way.

So check the Image below before practicing Prithvi Mudra. Also, people having asthma and high Khapa should try to avoid doing this Mudra or should be done under the supervision of yoga Experts.

A Word of Caution

Prithvi Mudra is one of the best Mudra. Don’t forget to practice this wonderful Mudra and get various health benefits. Also, share this article on Prithvi Mudra Benefits with your close ones and friends to gain the benefits of this fantastic yoga mudra.

Thanks For Visiting Vedic Yoga Ayurveda