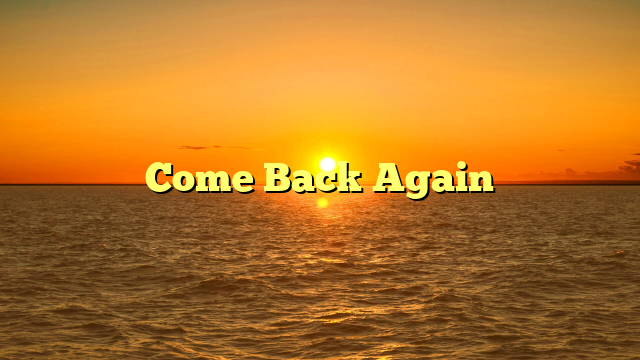 Well, even without Covid, my 2020 was a bitch. After a string of 1-2-3 significant health issues (all old bloke stuff), two near-miss car accidents (Jeebers, they were close!), some friendship tensions (I don’t wanna talk about it) and dropping my Batman mug, I was glad to see the end of the year. I paused this movie blog during much of that time, only viewing 2 new-release-in-cinema movies in the final 6 weeks: Tenet (just too smartypants for its own good) & Wonder Woman 1984 (one of the silliest movies I have ever seen). So here’s to 2021 and HOPE FOR A HELLUVALOT BETTER!
As I write this, it is Australia Day. While I am grateful to be an Aussie (and the last 12 months have only boosted that), I can’t claim to be overly patriotic: our flag has another country’s flag on it (how embarrassing); we are not a republic yet (what a joke); I hate our anthem (isn’t THIS more rousing & more relevant?); patriotism has caused nearly as many wars as religion; and most Aussies think Australia Day was when Captain Cook landed rather than what really happened (Pommy Arthur Phillip came over with the First Fleet of convicts and set up shop, while the indigenous people groaned “there goes the neighbourhood”). So, rather meaningless all round but it at least gives us a day off to have a snag in bread with burnt onions and too much sauce.
In the spirit of my version of national pride, here is a list of the greatest (aka my favourite) Australian films.

A Selection of Movies Recently Watched

A    MOVIE JUKEBOX
d: George Marshall
CAST: James Stewart; Marlene Dietrich; Charles Winninger; Brian Aherne; Mischa Auer
>  likely the most purely-enjoyable, entertaining Western ever made; even its flaws (the comedic-acting excesses of Charles & Mischa & Billy Gilbert…I mean, c’mon…they are a bit much) become insignificant to its many highlights (easily the best catfight in cinematic history + the three songs by Marlene + James being all-iconic + the anti-gun motif…law & order without guns…without ’em!); the premise is so durable and perfect (quirky lawman comes into a corrupt town as deputy sheriff…and, by using the law, his own common sense & an inevitable use of guns at the end, cleans out the baddies), that it was even made into a musical!

MOVIE JUKEBOX
d: Howard Hawks
CAST: John Wayne; Dean Martin; Walter Brennan; Angie Dickinson; Ricky Nelson
>  likely the most purely-enjoyable, entertaining Western ever made; I mean, even its flaws (the cringing Mexican characters + some of the clunky dialogue + the sappy, corny romance + Ricky being wooden) don’t slightly matter and its questionable features (Dean & Ricky do a duet? / blatant rips from previous Hawks movies, especially To Have and Have Not? / an explosive finish?) all somehow work just fine…in fact, are distinct assets; Dean gives what is easily his finest film performance, and Walter does his OTT stuff but this time it actually ADDS something to what is going on; casual in feel but still exciting, this is fun fun fun
Award-Worthy Performances
Dean Martin; Walter Brennan
HANNA (2011)

A-    MOVIE JUKEBOX
d: Joe Wright
CAST: Saoirse Ronan; Cate Blanchett; Eric Bana; Tom Hollander; Jessica Barden
> this is another one of those action-hero movies that screams out for a cult following; I think it’s unfairly undersung and had the makings of a franchise (as long as Saoirse stays… she’s a revelation in the title role); Daddy Eric raises daughter Hanna in the wilds of Finland, training her in the art of kill-or-be-killed, knowing that she is much sought-after by (grossly overracted) CIA bitch Cate…the day comes when it’s time to fly the coop and meet head-on the would-be terminators…but geez, the kid is good; this is a fun rush from woe-to-woah, with fight & chase sequences that are niftily choreographed & cut; The Black Widow meets Jane Bond

FIRST VIEWING
d: Frank Borzage
CAST: Margaret Sullavan; James Stewart; Frank Morgan; Robert Young; Irene Rich
>  while it’s more about The Glory of Hollywood than The Rise of Hitler, this pre-Pearl-Harbour film was fairly brave of MGM (hardly the most militant of studios…that was left to Warners)…it certainly cost them the lucrative German market; Adolf becomes Chancellor and Professor Frank (a self-proclaimed non-Aryan…too bashful to mention the J-Word, I guess) knows that he and his family are for it…Mum & daughter Margaret side with Dad while her boyfriend & brothers side with Adolf…so, goodie James falls for Margaret and they make a desperate dash for the border; the bludgeoning of humanity may take a backseat to the interrupted romance, but there are still some menacing scenes, and Dan Dailey(!!) makes a spiffing Nazi bootboy; bumped up a notch for ethics trumping profits (although it was handy that it did well at the B.O. anyway)
KENNY (2006)

SECOND VIEWING
d: Clayton Jacobson
CAST: Shane Jacobson; Eve von Bibra; Ronald Jacobson; Clayton Jacobson
>  along with The Castle, this is a comedic celebration of the Little Aussie Battler myth, much-heralded by at-least-third generation Australians; Kenny is in charge of a mobile toilet company, delivering & maintaining portaloos for big social events…he genuinely enjoys his job, sees it as an important one, but is often treated abusively by the general public…the guy doesn’t have a nasty bone in his body, wants to do the right thing by his ex-wife, son, crusty father, shallow brother, pathetic mates and in-need strangers; a sweet, unassuming man & story, this is the sort of film Frank Capra would have enjoyed; yes, it is decidedly overlong and hardly what you’d call going-off-in-tangents, but really, how can you resist a character who says “as crazy as a bum full of smarties” or “the smell in there will outlast religion”?
SEVEN MEN FROM NOW (1956)

FIRST VIEWING
d: Budd Boetticher
CAST: Randolph Scott; Gail Russell; Lee Marvin; Walter Reed; John Larch
>  this was the first of the eventually-seven Western collabs between Scott + Boetticher and was Director Budd’s favourite of their movies together; fairly regular tough-man-goes-after-the bad-men-who-killed-his-wife structure, what makes this a little different is the complexity of the leading man (understandably driven & wrathful but clearly just needing/wanting a hug…from a woman) and (especially) villain Lee, who both respects & despises the man he wants to kill and saves from being killed; despite murders galore, this is almost pastoral in its tone, helped out by the use of rugged, silent, moonscape-like countryside which begs the question “why put a town there?”; a pleasure to see Gail who had a troubled (even by Hollywood standards) life…she was dead from acute alcoholism 5 years later…and only 36 years old
PARADISE ROAD (1997)

FIRST VIEWING
d: Bruce Beresford
CAST: Glenn Close; Frances McDormand; Cate Blanchett; Pauline Collins; Julianna Margulies
>  quite bluntly, this is a women-imprisoned-by-swinish-Japanese-soldiers-during-WWII story which just isn’t as affecting as the TV series Tenko or (especially) the 1956 film A Town Like Alice; this film suffers from being made after the other two, so you know what’s coming up: torture, horror, comfort women, collaboration, the death of at least one major character, the commander is a sadistic bastard, at least one soldier shows a little compassion, courage & survival against the odds, the war ends; this film’s sole new addition is a vocal choir which is nice; the acting, of course, is impressive all round with Frances giving a surprisingly-good go at an Austrian(?) accent, Cate giving a preview of her impressive future and Pauline underplaying someone who is genuinely “good” (always tough); well done but nothing overly revelatory
COMPULSION (1959)

SECOND VIEWING
d: Richard Fleischer
CAST: Dean Stockwell; Bradford Dillman; Orson Welles; Diane Varsi; E.G. Marshall
>  based on the infamous 1924 Leopold & Loeb murder case, this sticks-pretty-closely-to-the-facts retelling is interesting but hardly compulsive; two wealthy, late-teen sociopaths believe themselves to be superior to all mere mortals and carry out a killing (the supposed perfect murder of a 14YO boy)…a clue is left behind at the dreadful scene…can their lawyer prevent their hanging?; the film is let down by 3 flaws: Diane’s character is unbelievable & caramel-soft + Orson’s big closing speech is just too long (we get it…execution is bad) + worst of all, without wanting to be ghoulish, the vile murder is never shown, so the two perps come across as delinquents rather than depraved sickos…this was a mistake that Director Richard didn’t repeat in the better (and more confronting) 10 Rillington Place and The Boston Strangler

B-    FIRST VIEWING
d: Roger Corman
CAST: Vincent Price; Elizabeth Shepherd; John Westbrook; Oliver Johnston; Derek Francis
>  this is another (and the final) one of those Roger-Corman-Does-Edgar-Allen-Poe movies… similar to the Hammer Horror films…small budget / heavy on the mood but light on the gore / olde world gothic (even if it was set in contemporary times) / add sex / stir but don’t shake; and like many of the Hammer Horror movies, this one makes you feel a little uneasy… and is a little boring in places; Vincent is a weirdo lord-of-the-ruined-manor who can’t get over his dead first wife…he remarries…but rather than doing the horizontal mambo with his new missus, he disappears at night to…well, it’s a little icky; throw in hypnotism, fox-hunting, Vincent Price at his least animated and a darn cat that is either a mangy stray or Satan, and you’ve got 80 minutes of only-passable creepiness; Robyn Hitchcock & the Egyptians did it better HERE

B-    FIRST VIEWING
d: Herbert Wilcox
CAST: Anna Neagle; Michael Wilding; Googie Withers; John McCallum; Suzanne Cloutier
>  an anthology film (like Separate Tables, say) with four parallel storylines all taking place simultaneously at a big event (in this case, the running of the 1952 Epsom Derby…an English horserace which apparently is a big annual deal); as with all multiple-story movies, it’s a bit hit-&-miss; four man & woman couples and what happens to them in 24 hours…comedy + romantic comedy + romantic drama + drama…the one that stands out above the rest is the one that doesn’t really seem to fit: Googie & John on the run from an accidental triangular-love murder…serious stuff and would’ve made a good stand-alone movie (well-acted too); the other three border on naffness and are not particularly captivating but at least belong together and balance out each other’s shortcomings; Anna & Michael are the epitome of polite suffering

C    FIRST VIEWING
d: Robert Aldrich
CAST: Jack Palance; Ida Lupino; Rod Steiger; Shelley Winters; Wendell Corey; Jean Hagen
>  this is another one of those Hollywood-Hates-Itself films (we are plastic & narcissistic + moguls are monsters + commerce beats up art); Jack is a big star who wants to quit movie-making so his wife Ida will stay with him…studio boss Rod says no and resorts to evil doings… sturm und drang follow with melodramatic hysteria not far behind; really, this is a rather silly movie without even a smear of believability; 3 women and at least 2 men lust after Jack Palance…Jack Palance…all of whom must be grieving over the 1952 death of John Garfield (it was originally his role); while Rod is at least entertaining to watch (nasty Mr Shouty is more subdued than usual), it is Wendell who gives a performance that makes you want to open some windows…what a scumbag; overwrought ending; watch Sunset Boulevard again instead

FIRST VIEWING
d: Irwin Allen
CAST: Red Buttons; Cedric Hardwicke; Richard Haydn; Barbara Eden; Peter Lorre; Fabian
>  aka Jules Verne: The Little Golden Book Edition; yawn…yet another Jules Verne story done as a slapsticky kiddies movie…just once, I’d like to see one of the great sci-fi pioneer’s tales done straight & done well as a film; usual dumb shit…all-star cast go on an adventure (this time, to Western Africa…yes, they pick up a cheeky monkey) where the women scream & need to be rescued by the men (who they kiss at the finish), the handsome young guy sings a song, old classic movie actors embarrass themselves (besides Peter, poor Henry Daniell and Herbert Marshall pop in), the indigenous people are treated as ignorant buffoons, and the SFX are barely serviceable (you just know that the balloon is being carried around by a crane); surely some action-movie-director can film one of these things so it’s more than just marshmallow


SITE CHANGES, UPDATES, CORRECTIONS, ADDITIONS & GENERAL MAINTENANCE
1963 Page reinstated (Thanks Mike!)
Got something you want to tell me?
GO RIGHT AHEAD masted59@gmail.com