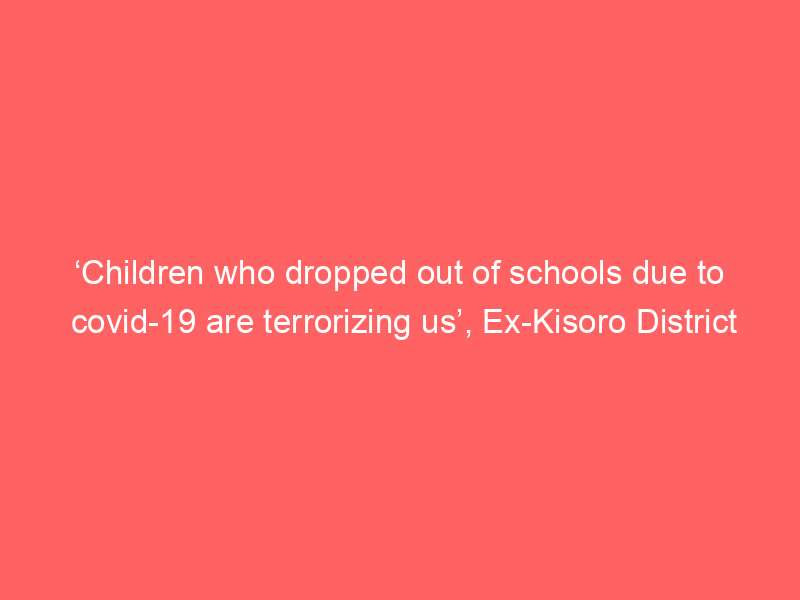 The former Kisoro district LCV Chairman, Milton Bazanye Mutabazi has advised parents whose children got disrupted by covid-19 and dropped out of schools to turn to vocational studies.

The call was made on Thursday during a jointly held community meeting between Busanabo residents in Chahi Sub County and those from Nyagisenyi village in Nyarusiza Sub County.

According to Bazanye, insecurity has more than doubled in different parts of the nation due to a number of youth that have dropped out of schools because of the covid-19 disruptions.

He noted that these youth are redundant hence involving in crimes of theft, rape, murder, and drug abuse.

He asked parents to sacrifice some money and take such children in vocational schools since vocational studies because one can easily get a permanent job after completing studies.

The Kisoro district probation officer, Kampire Moira added her voice by urging parents to closely monitor their girl children because they are being used by both old men and young boys.

She called upon the young boys and girls above the age of 12 to desist from bad acts because they can also be arrested.
She revealed that over 23 children are under custody on different charges of theft, public nuisance, malicious damage among others.

Of the 23 children, 13 are on remand in Kabale remand home while 10 are still in Kisoro police. These children are aged between 13 to 17 years.

The post ‘Children who dropped out of schools due to covid-19 are terrorizing us’, Ex-Kisoro District Chairperson complains appeared first on Watchdog Uganda.