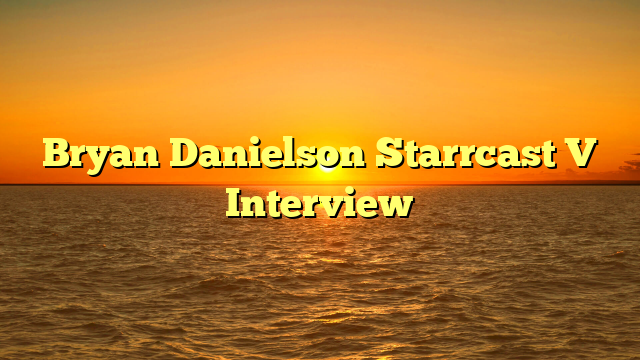 Bryan Danielson doesn’t want a new catchphrase attached to him.

AEW star Bryan Danielson participated in a media scrum at Starrcast V in Nashville where WrestleZone’s managing editor Bill Pritchard was on site to capture his comments.

When asked by a member of the media about Vince McMahon’s retirement from WWE and if he was surprised by the allegations, Danielson was cautionary to comment. “First thing I should say is no comment. Second thing I should say about stuff and just Vince in general, and maybe it’s more about love—if you love somebody—is that people will make mistakes and you love them regardless.”

When McMahon came up again, Danielson was asked about the former WWE Chairman’s views on being vegan. “I remember Chris [Jericho] telling me when I first had that NXT match with Chris that he came to the back said, ‘You got something with this kid.’ He’s like, ‘Ugh, he doesn’t even eat meat.’ But then the conversations I’ve had with him in the last several years, he’s said there’s something to that for health and for longevity and for that sort of thing. I don’t think he’s a believer that you should eat entirely vegan, but I think he believes now that there are a lot of health benefits to doing it, especially if you’re doing it purposefully.”

Bill Pritchard specifically asked Bryan Danielson if he has any interest in bringing back his comedic side or coming up with a new catch phrase like he did in WWE.

“It’s interesting. One of the things that I’ve tried to avoid is doing any kind of catchphrase. The reason why is just… it came to become a crutch, and when people expect something of you, then you need to give that to them. That almost feels like it pins me down more than it helps me. One of the people I really respect from an artist’s perspective is Bob Dylan. So if you go to an Aerosmith concert, you’re going to want to see the hits, right? When you buy a ticket to a Bob Dylan concert, you might want him to play certain songs, but you know going in he’s going to play whatever the f*** he wants. And that’s kind of what I want my wrestling career to be now. I want people [to say], ‘Oh, I hope he does this,’ but they’re going to be happy with me being creative and doing whatever I want to do.”

If you use any of the quotes above, please credit WrestleZone with a link back to this article for the transcription.

You can check out Bryan Danielson’s appearance in its entirety embedded below: