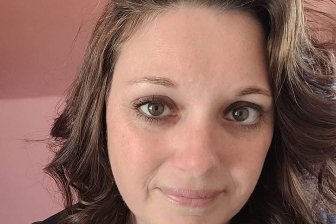 Bell will no longer donate per social media interaction as part of its Let’s Talk Day mental health campaign — instead, the company says it will donate a $10-million lump sum.

The move comes after the controversial ouster of longtime CTV National News anchor Lisa LaFlamme, which spurred public criticism of the company, including from some using the campaign’s hashtag in their posts.

The $10-million donation is an addition to Bell’s goal of $155 million for Canadian mental health programs, according to the press release published on Monday.

6-year-old’s shooting of Virginia teacher was ‘not accidental,’ police say

“This new funding of $10 million is more than Bell has ever committed on Bell Let’s Talk Day and it will shift more emphasis on the day toward practical actions that we can all take throughout the year to create change,” it reads.

In previous years, the company would donate five cents to mental health initiatives in Canada for every text sent from a Bell customer’s phone, including tweets or retweets with the hashtag #BellLetsTalk and Snapchats sent using Bell’s special filter.

In August 2022,  LaFlamme, a veteran news anchor, said Bell Media ended her contract at CTV National News after 35 years, adding that she was “blindsided.” Following LaFlamme’s ousting, Bell Media said in a statement that it “regrets” the way LaFlamme’s departure was handled and replaced CTV News head Michael Melling in December 2022, re-assigning him to vice-president of shared services.

CP24 weather specialist Patricia Jaggernauth filed a complaint with the Canadian Human Rights Commission against Bell Media in October 2022, which accused the company of systemic discrimination throughout her 11-year career.

— with files from The Canadian Press