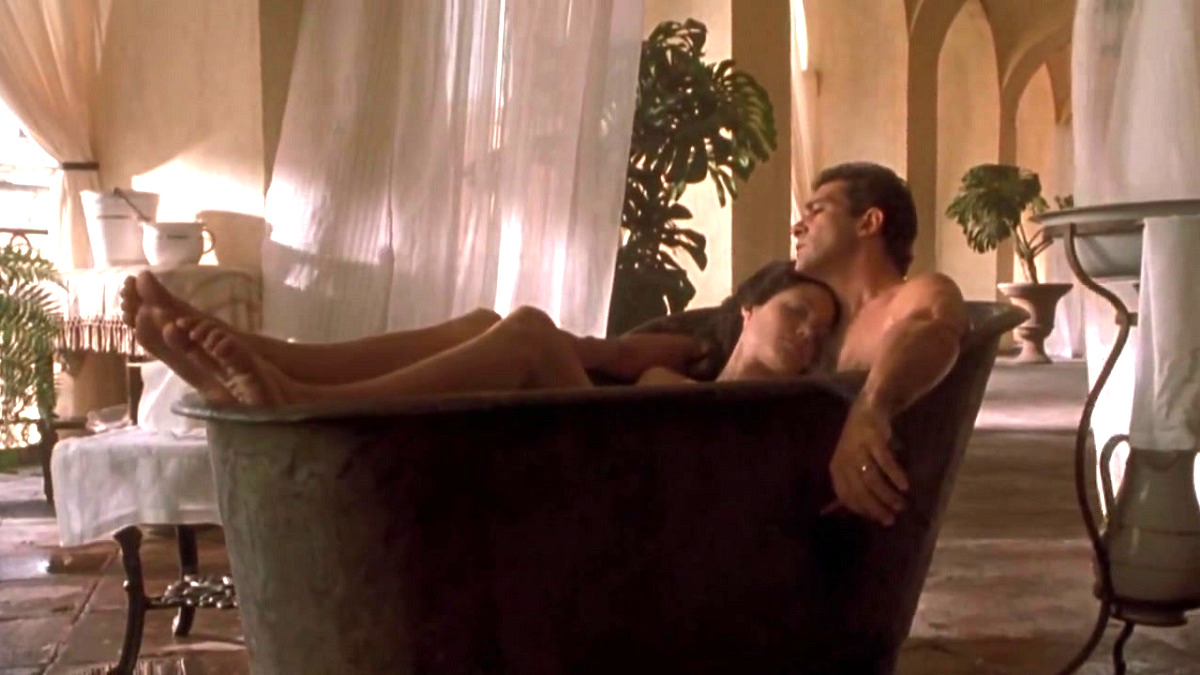 Even though the period piece was savaged by critics to the tune of a paltry 12 percent score on Rotten Tomatoes, the lovemaking proved to be so convincing that it created rumor, speculation, innuendo, hearsay. Obviously, that’s par for the course when you’ve got the smoldering duo of Antonio Banderas and Angelina Jolie in the lead roles, but controversy nonetheless lingered in the background.